Mulroney sings for Trump at Mar-a-Lago 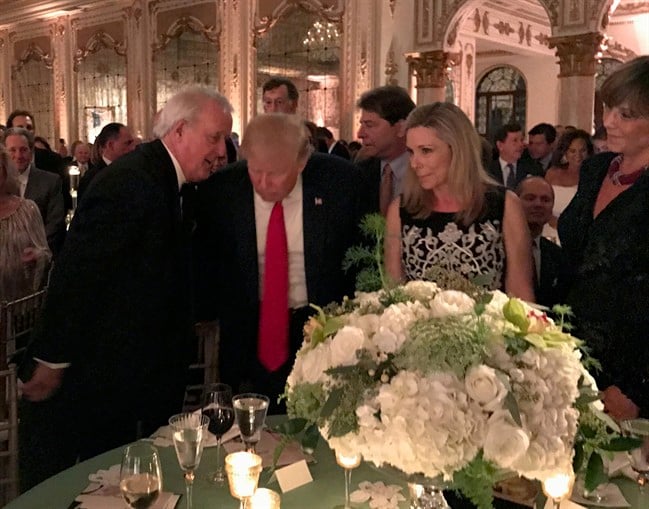 A video posted on social media that appeared to be taken from a fundraising event shows Mulroney singing “When Irish Eyes are Smiling” after Canadian songwriter David Foster invited the former prime minister to the stage.

The Palm Beach Daily News reported that Foster was headlining fundraiser for the Dana-Farber Cancer Institute at the Mar-a-Lago, which Trump has called the “winter White House.”

The Daily News said that Mulroney was sitting with Trump and his wife Melania.

It’s not the first time Mulroney has sang “When Irish Eyes are Smiling” in the presence of an American president.

He and wife Mila joined Ronald Reagan and his wife Nancy in singing the song during a meeting in Quebec City in 1985 that was then dubbed the “Shamrock Summit.”

Saturday’s video shows Mulroney in good spirits as he took the stage to give a rendition to Trump.

“Mr. President, I hope this doesn’t fracture U.S.-Canada relations for decades,” Mulroney quipped in the video shortly before he started singing.