Mulroney wants an ex-PM sent to fix things with China, and it's not him - Macleans.ca 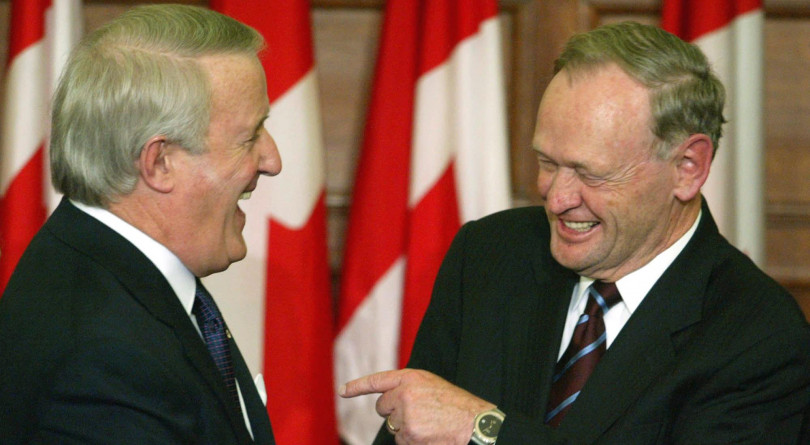 Or both: Ontario Premier Doug Ford‘s decision to give MPPs an extended summer vacation until after the next federal election raises an obvious question: is the prolonged downtime meant to help Andrew Scheer‘s campaign? Inquiring minds like NDP MPP Taras Natyshak wanted to know ahead of today’s legislature adjournment: “Can the premier tell us whether he’s taking this five-month vacation because he plans to campaign for the Conservatives, or is it because the one thing that Andrew Scheer desperately needs to shore up falling poll numbers is for the people to see much, much less of this premier?” Those aren’t mutually exclusive ideas—Ford putting his head down and pausing Ontario politics will keep the Premier out of the headlines, while on behalf of Scheer he can still target specific swing ridings in the 905 suburbs around Toronto where Ford remains popular. (Huffington Post)

For his part, Scheer insists he never asked Ford to disappear. (Globe and Mail)

Other plans: Here’s another item for the “Events Not Attended By Scheer” box. The Conservative leader was invited to be part of the Canadian delegation that attended events to mark the 75th anniversary of D-Day in France on Thursday, but couldn’t go because he was watching family members receive honorary degrees from the University of Regina. The delegation included Prime Minister Justin Trudeau and NDP leader Jagmeet Singh. The Conservatives had offered to sub in an unnamed MP in Scheer’s place, but the PMO said it had to be Scheer or nobody.  (Toronto Star)

It lives!: Trudeau’s tanker ban bill survived a vote in the Senate that would otherwise have sunk Bill C-48. The Senate voted not to accept a report from its transport committee that recommended scrapping the bill. Even some Independent Senators who oppose the bill voted against the report because of its overtly partisan tone. The bill isn’t clear yet—it goes to a third reading, when Senators can propose amendments, before heading back to the House.  (Postmedia)

Meanwhile Bill C-69, which reforms the environmental review process, is heading back to the house, but with close to 200 changes.

Too quiet on the SNC front: For all the political damage Trudeau was willing to endure for two months in the name of helping SNC-Lavalin avoid trial, his government’s silence since then has been deafening. Does Ottawa still intend to offer the Quebec engineering giant a deferred prosecution  agreement? Is the government waiting for the summer recess so it won’t face a public grilling in question period? Has the crisis for the company waned? With the October election campaign just around the corner, writes Andrew MacDougall, Trudeau needs to make clear his intentions:

The Prime Minister owes Canadians an explanation on the way forward for SNC before his rendezvous with the polls. The SNC scandal has cost him his top adviser, his clerk of the Privy Council, two cabinet ministers, one MP, and 10-to-12 points in the polls. If the concern is still around jobs then the government should have the courage to act now and let Canadians pass judgment on the entire SNC saga. (Maclean’s)

Long slog of the law: The extradition hearing for Meng Wanzhou, the Huawei telecom exec detained on a U.S. arrest warrant, has been set for January 2020, and assuming the case goes ahead court dates have been set aside right through to November 2020. And that’s an expedited court schedule. It’s also a reminder of how much time there is for Canada-China relations to get worse. (Canadian Press)

Justin time: Trudeau is hoping he can ease tensions well before then. Like in a few weeks, when the G20 leaders meet in Japan. The Prime Minister wants to have a face-to-face with Chinese President Xi Jinping: “The opportunity to engage with the Chinese president directly is certainly something that we are looking at. … We are going to highlight the processes and the engagement that Canada has with the world and the way China should engage with the world needs to remain, following the rules, principles and values that we’ve all agreed to.” (CBC News)

News from the Upside Down: Brian Mulroney says Jean Chretien should be shipped off to China, and he means it in a positive way. Mulroney says Chretien should be part of a delegation including Andre Desmarais—Chretien’s son-in-law, a Power Corp. executive and honorary chair of the Canada-China Business Council—that is dispatched to smooth things over with China: “What they might want to do is take a look at sending over someone like Jean Chretien, who has a lot of respect of the Chinese.” Yes, that was Mulroney talking about Chretien, now. In the spirit of inspiring bridge-building at a time of partisan divide, let’s just recall that back in the day Mulroney used to describe Chretien as a prime minister “frankly, who can speak neither language, and who bumbles and blames things on his ministers and refuses to stand up to take any responsibility.” (Canadian Press, Maclean’s 1997)