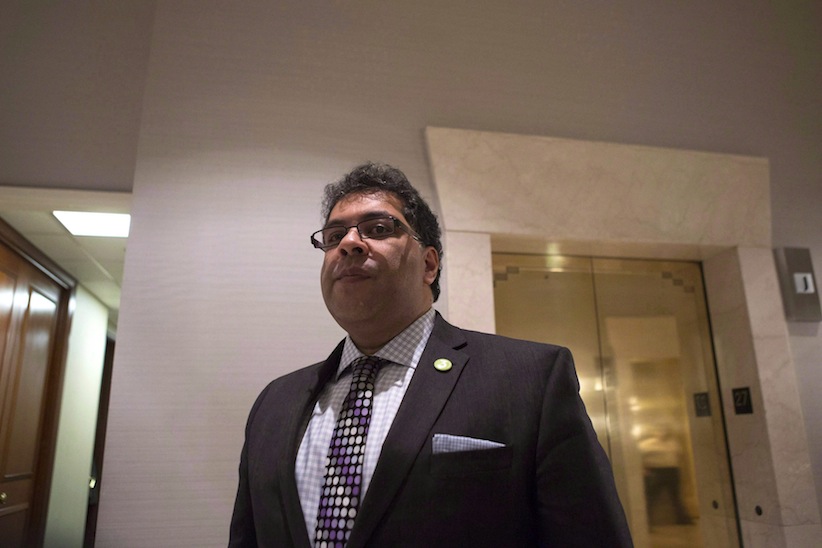 It began on Sunday when Rempel and Nenshi sparred on Twitter over the impact of a property tax increase on suburban business owners.

The disagreement escalated on Tuesday when Nenshi told reporters that Rempel was making hay out of an issue she doesn’t understand.

When pressed on what Rempel was confused about, Nenshi said: “She just didn’t understand what was going on.

“Apparently math is challenging, but hopefully she’ll figure that out.”

That evening, Rempel, who has an economics degree, tweeted a link to a Calgary Herald story with Nenshi’s comments. She wrote: “Wherein ?nenshi mansplains to me, and small business owners in Calgary, that ‘math is hard.”‘

Nenshi tweeted back that he was sorry that what he said “came off as sexist.”

“I would have said the same thing to men in political discourse.”

Nenshi later retweeted someone who found past examples of the mayor making similar math-related remarks to Twitter users with male avatars.

The argument dragged on late into the night. Rempel said no man would have to justify his math abilities and added that she’s looking after the people she represents.

“I’m so sorry for not kissing the purple ring on behalf of my constituents who you’re putting out of business,” she wrote.

“No comment. But a great and totally untrue insult,” Nenshi retorted. “Keep being you.”

The spat evoked memories of an exchange during a 2015 Alberta election debate in which then-premier Jim Prentice made a remark to NDP Leader Rachel Notley about math being difficult.