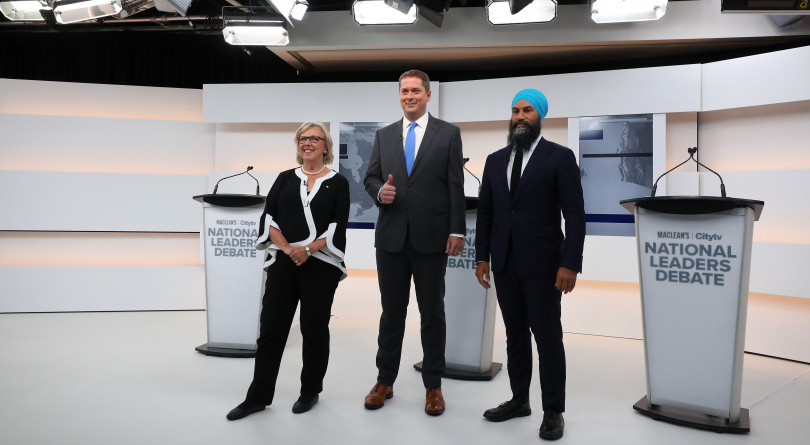 On the evening of Sept. 12, at 8 p.m. EDT, Maclean’s and Citytv are hosting the first national leaders debate of the 2019 Canadian election with Green Party leader Elizabeth May, Conservative leader Andrew Scheer and New Democratic Party leader Jagmeet Singh.

Hosted by journalist and Maclean’s columnist Paul Wells, the debate will cover four themes: the economy; Indigenous issues; energy and the environment; and foreign policy.

Here, you’ll find behind-the-scenes photos from the debate, taken by photographer Cole Burston, which we will be updating live, as they come in. 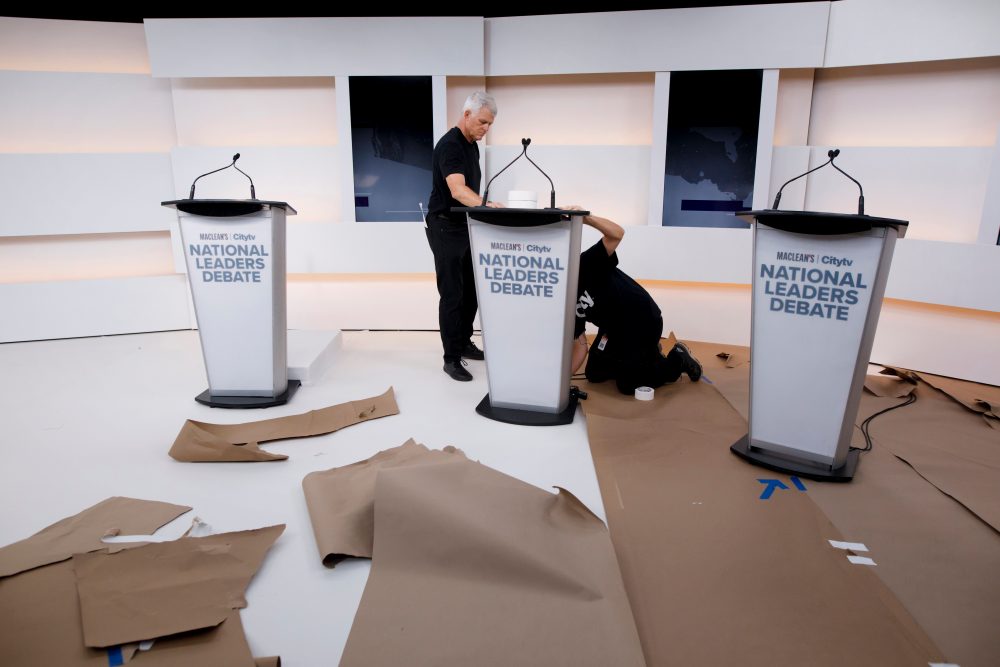 The production crew puts the final touches on set ahead of the Maclean’s and Citytv federal leaders debate.