Emails should be released in in mid-October after private investigation 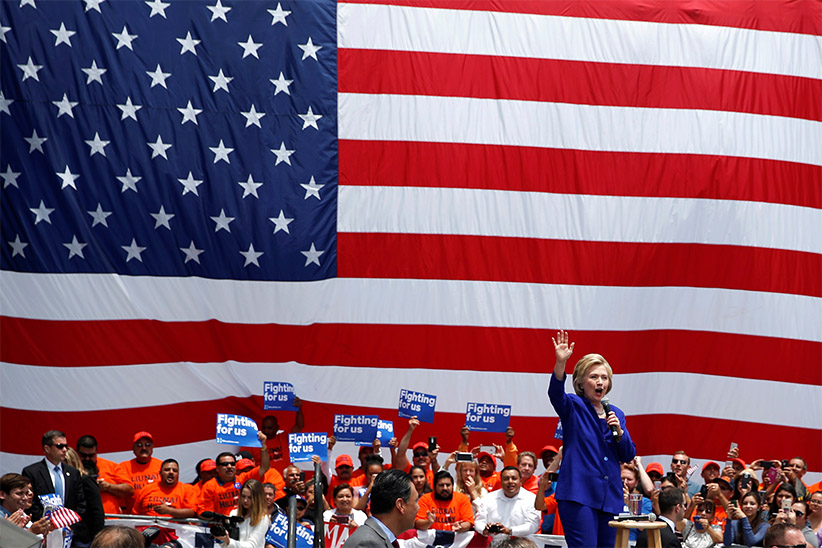 WASHINGTON — The State Department is reviewing nearly 15,000 previously undisclosed emails recovered as part of the FBI’s now-closed investigation into the handling of sensitive information that flowed through Hillary Clinton’s private home server.

Lawyers for the department told U.S. District Court Judge James E. Boasberg on Monday that they anticipate processing and releasing the first batch of these new emails in mid-October, raising the prospect that new messages sent or received by the Democratic presidential nominee could become public just before November’s election.

Boasberg is overseeing production of the emails as part of a federal public-records lawsuit filed by the conservative legal advocacy group Judicial Watch.

Representing the State Department, Justice Department lawyer Lisa Olson told the judge that officials do not yet know what portion of the emails is work-related, rather than personal.

Clinton, who was secretary of state from 2009 to 2013, had claimed that she deleted only personal emails prior to returning over 55,000 pages of her work-related messages to the State Department last year. The department has publicly released most of those work-related emails, although some have been withheld because they contain information considered sensitive to national security.

The thousands of previously undisclosed Clinton emails obtained by the FBI came from the accounts of other people she communicated with or were recovered through the bureau’s forensic examination of her old server.

Campaign spokesman Brian Fallon reiterated Monday that Clinton provided all the work-related emails she had “in her possession” when the State Department asked for copies in 2014.

“We are not sure what additional materials the Justice Department may have located, but if the State Department determines any of them to be work-related, then obviously we support those documents being released publicly as well,” Fallon said.

Republicans are pressing to keep the issue of Clinton’s email use alive after the FBI closed its investigation last month without recommending criminal charges. GOP presidential nominee Donald Trump routinely criticizes Clinton for her handling of emails containing classified information.

Among them is a June 23, 2009 message to Abedin from Doug Band, a longtime aide to former President Bill Clinton who then was an official at the Clinton family’s charitable foundation. Republicans charge that donors to the foundation, including foreign governments and corporations, got preferential treatment from the State Department while Hillary Clinton was secretary of state.

Band sought to arrange for the crown prince of Bahrain to meet with Hillary Clinton while the prince was visiting Washington. “Good friend of ours,” Band wrote to Abedin, one of Clinton’s closest aides.

Crown Prince Salman had in 2005 made a $32 million commitment to the Clinton Global Initiative, a program run by the foundation.

In later emails Abedin confirmed that Clinton would meet with the prince. Copies of Clinton’s calendar obtained by AP confirm the meeting occurred in her State Department office on June 26, 2009.

In court on Monday, the State Department’s lawyer said the department earlier this month received seven discs containing “tens of thousands” of emails Clinton sent or received during her tenure as the nation’s top diplomat. The first disc, labeled by the FBI as containing non-classified emails not previously disclosed by Clinton, contains about 14,900 documents, Olson said. The second disc is labeled as emails containing classified information.

She said it was “extremely ambitious” for the agency to complete its review and begin releasing the first batches of emails to Judicial Watch by Oct. 14, given the volume of messages.

The emails released Monday by Judicial Watch also offer more detail about Clinton’s meetings with Daniel Abraham — the SlimFast billionaire, founder of the Center for Middle East Peace and another Clinton Foundation donor.

Clinton met with Abraham on a day’s notice in May 2009, the emails show. The calendars show the meeting was one of eight between Abraham and Clinton during her tenure as secretary, the most of any Clinton Foundation donor.

Abraham last year told AP that his discussions with Clinton were about Middle East policy, and one of the newly released emails show that the following month Abedin wrote that Abraham wanted to talk with Clinton about Israel.