The province's unemployment rate has jumped from 9.6 per cent in May to 11 per cent in July. 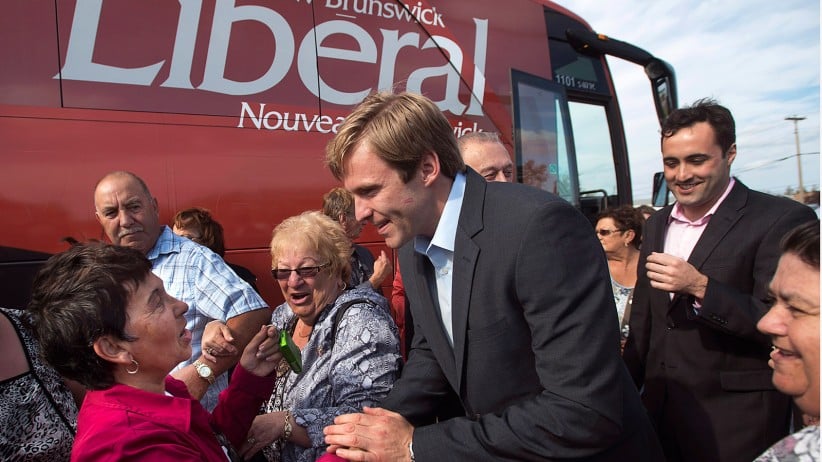 SHIPPAGAN, N.B. – The leader of New Brunswick’s official opposition is telling Premier Brian Gallant to grow up after Gallant laid blame for the province’s rising unemployment figures on the federal Tories.

The premier made the comments after a speech to members of his caucus gathered for their summer retreat in Shippagan, N.B., on Thursday.

The province’s unemployment rate has jumped from 9.6 per cent in May to 11 per cent in July.

Gallant said that’s due to what he called the federal Conservative government’s failing strategy to grow the economy.

“We’ve made it very clear that we think the current federal government has had a bad plan for the Canadian economy and we’ve seen that not only in New Brunswick, but in many provinces across the country,” Gallant said as he spoke with reporters outside the Shippagan campus of the Universite de Moncton.

“They just kept along with the same plan that was failing,” he said.

“When he was in Opposition everything was David Alward’s fault. Now that he is in government everything is Stephen Harper’s fault.”

“He needs to grow up,” Fitch said in a statement about the 33-year-old Liberal leader.

Gallant said the province is trying to attract a number of projects that could create thousands of jobs as early as this fall, but he refused to provide any details.

He is also calling on federal leaders to support the Energy East pipeline project. The proposed $12 billion pipeline project would enable western crude to reach refiners and export terminals in Eastern Canada.

Gallant — who has been a major promoter of the plan — said it could create thousands of jobs in New Brunswick and provide a much needed boost to the economy.

Prior to the premier’s speech, an Ontario regulator released a report critical of the pipeline that would end in Saint John.

The Ontario Energy Board says the environmental risks of the $12 billion project outweigh the potential benefits, and warns it will drive up natural gas prices in Ontario.

The board’s report will form the basis of Ontario’s position when the National Energy Board holds hearings on Energy East, expected sometime in 2016.