New development goals with ambition—and a bit of sass 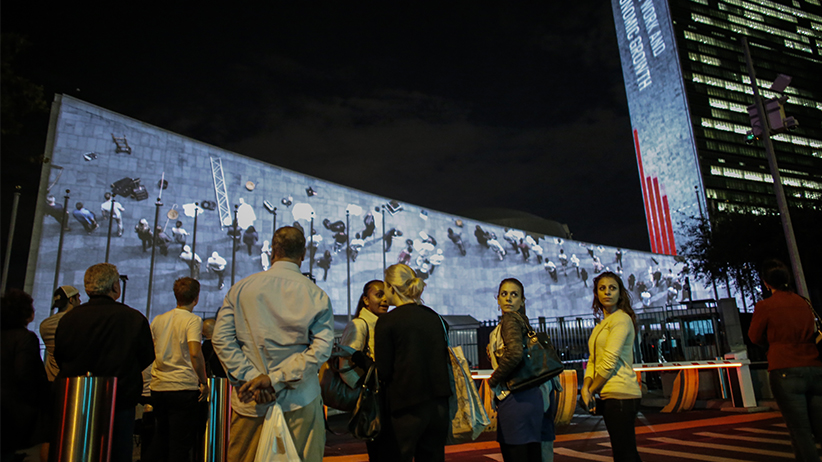 If we look at the globe half-full, we’ll see that, from the time the Millennium Development Goals were pioneered in 2000, extreme poverty has been cut in half, HIV rates are shrivelling, and more children than ever have books in their bags and mosquito nets draped above their beds. The numbers are going up and down in most of the right places.

But Canada’s relationship with the United Nations Development Program was a long-distance, non-committal affair. With the targets focused on developing countries overseas, many Canadians either kept poverty off their radar or wondered why we should pledge money abroad—even if only 0.7 per cent of our Gross National Income—when we still have poverty here in Canada. The decimal points say it all; last year, Canada spent around 0.24 per cent of GNI on international development, or $4.2 billion, not much more than the $3 billion we are spending to renovate our Parliament buildings.

Now come the goals for the next 15 years, officially adopted on Friday at a United Nations summit in Manhattan. The 17 Sustainable Development Goals (SDGs) surpass the development goals in scope and more than double them in number. The first set of goals focused heavily on developing countries, with aims to eradicate extreme poverty, reduce maternal mortality and bolster primary school enrolment. For 2030, the SDGs strive to “end poverty of all its forms everywhere,” and ensure access to “sustainable and modern energy for all.”

The new goals also call for “urgent” action to slow climate change and reduce inequality within and among countries. Developed nations will again commit 0.7 per cent of their incomes to the goals and, this time, some say, the goals will hit home. “The development projects won’t just be overseas anymore,” says Dominic Mishio, the Canadian director of the Global Poverty Project, an organization aimed at creating global citizens. “The new goals are worldwide, as they should be.” Too broad, some criticize. But Mishio says the environmental commitments in the West, along with the targets for international equality, are key to ending poverty everywhere and must therefore be included.

Over the next seven days, the Global Poverty Project is helping another organization, Project Everyone, publicize these goals to seven billion people. “The more famous we make these goals, the more we’ll keep our governments and ourselves accountable,” says Mishio. Project Everyone will hold a 60,000-person concert in Central Park on Saturday, while media companies, including Rogers (which owns Maclean’s magazine) will send mass text messages to spread the word. The SDGs may still just be goals, but, as the UN declares, they’re ambitious goals worth striving for.