Newsmaker of the day: Kevin Vickers becomes our man in Ireland 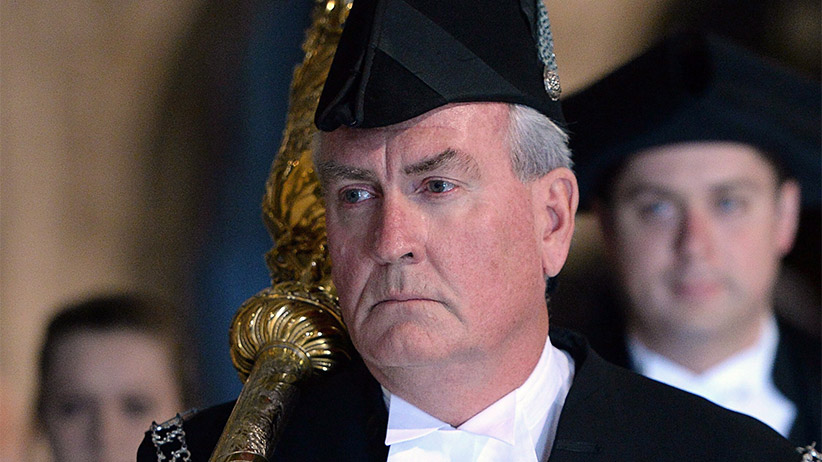 Celebrated as a hero in the wake of the shooting in Ottawa on Oct. 22, Kevin Vickers became a symbol of resilience and the institutional significance of Parliament. Now he will be literally and officially anointed a representative of this country.

On Thursday, Prime Minister Stephen Harper announced that Vickers will be Canada’s next ambassador to Ireland. “Kevin Vickers has shown profound leadership and dedication to the security of Canada and its national institutions,” the Prime Minister said in a released statement. “His extensive experience working with Parliament, as well as his bravery and integrity, will serve to deepen close bilateral relations between Canada and Ireland in the years ahead.”

In a statement, House of Commons Speaker Andrew Scheer offered “full support” to Vickers’s move, while expressing some sadness at seeing him go.  “Kevin Vickers has built a remarkable security team that does us proud each and every day,” Scheer said. “His actions, and the bravery displayed by his entire security team this past October, will never be forgotten. He has forged personal connections with many parliamentarians, and so while this news is welcomed as an excellent recognition of his skills and abilities, we are somewhat sad to see him leave.”

Pat McDonell, the deputy sergeant-at-arms and director general of protective services for the House of Commons, will assume Vickers’s security and ceremonial duties on an interim basis—it will presumably then be McDonell who assumes the traditional accoutrements and carries in the ceremonial mace when the House of Commons reconvenes later this month.

MPs and the Irish government offered their congratulations as well, while Vickers released a statement to say that, “As a Canadian with family on both sides hailing from Ireland, there could be no greater honour. I am humbled by the invitation to serve my country in this way.”

“However, I am also saddened to be leaving my colleagues and friends on Parliament Hill,” he added. “It has been an honour to serve as Sergeant-at-Arms and to work with such dedicated individuals serving both Houses of Parliament. I will cherish the time I have spent here.”

Vickers also thanked “all Canadians for their support in the last few months.” “You have my word that I will do my best to represent you in Ireland with pride and dignity,” he said.