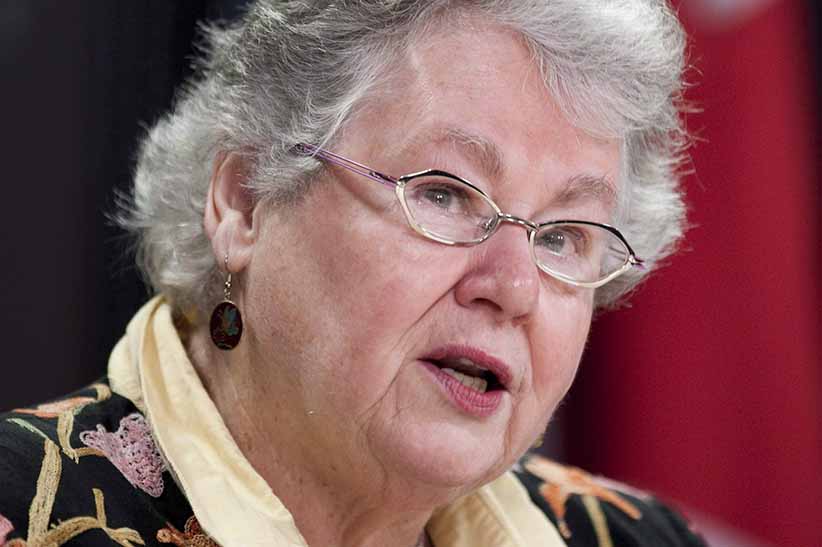 It had been awhile since Senator Nancy Ruth gave everyone something to talk about.

Two years ago, she backed Kathleen Wynne for leadership of the Ontario Liberal party. Three years ago, she defended an exhibition on sex at an Ottawa museum that had upset the heritage minister. In 2010, she advised women’s groups to “shut the f–k up” about the government’s position on funding abortion overseas and successfully lobbied the government to put a study of rewording the national anthem into a Throne Speech. (She apologized for the profane advice and the government quickly abandoned the idea of a gender-neutral anthem.) In 2009, she mused aloud about killing Canadian geese and feeding them to the poor.

And then yesterday she delivered a quote for the ages on her breakfast preferences. Asked about her experience with the auditor general’s office as the AG prepares a report on senators’ expenses, Ruth said she didn’t think she had done anything “particularly wrong.” A journalist then asked what she meant by “particularly.”

“Well, you know, like there are a couple of times when my assistant put in for a breakfast when I was on a plane, and they say I should have not claimed because I should have eaten that breakfast,” she said. “Well, those breakfasts are pretty awful. If you want ice cold Camembert with broken crackers, have it.”

She might have a legitimate point about the utility of dwelling upon the breakfasts of senators, but for a senator to dismiss the suitability of her Camembert is to provide an easy opportunity for ridicule, particularly in a partisan atmosphere. And so mockery and cheese puns have ensued, mostly particularly from the New Democrats, who are always happy for a new reason to advocate for the Senate’s abolishment. (Note: If her complaint had had to do with a working-class cheese, like say cheddar or mozzarella, we probably wouldn’t be having this conversation.)

Ruth is unquestionably one of the more obviously interesting characters of Parliament: a feminist lesbian committed to women’s rights, member of the Order of Canada, daughter of a prominent political family who dropped her last name, appointed to the Senate under Liberal prime minister Paul Martin as a Progressive Conservative and now a member of the Conservative caucus. Said Senate colleague Hugh Segal in 2010 when this magazine profiled her: “Any party that doesn’t embrace somebody with that kind of passion and intensity is a small tent party that has no future.” (Even the women’s groups who she advised to keep quiet subsequently thanked her for convening the forum.)

Even if her complaint was somehow more a quip than a serious lament, it was perhaps too perfectly satirical of a chamber that is synonymous with entitlement. But who amongst is truly satisfied with airplane food? Who amongst us does not want a decent breakfast? Let he who is truly happy with broken crackers cast the first stone.

And let everyone else remember that Nancy Ruth’s cheese preferences are the absolute least of the Senate’s problems.