Gone in six seconds. The Australian PM can sure down a beer. 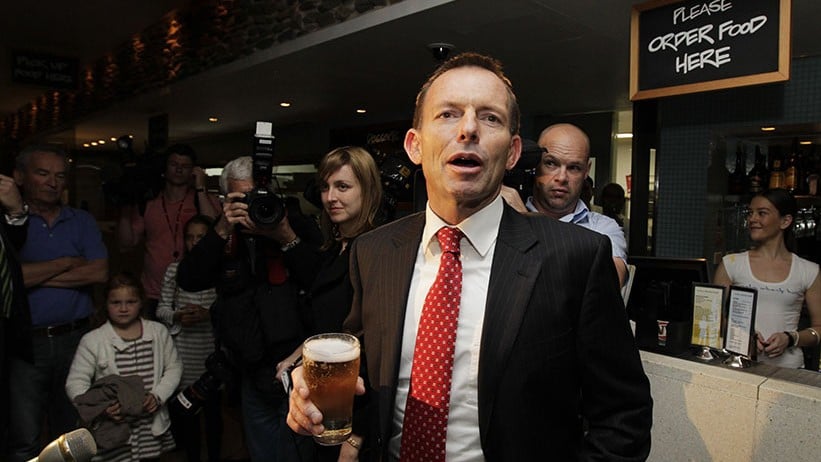 Like most Australians, Tony Abbott “enjoys a drink on social occasions.” He wrote exactly that when opening his op-ed piece in the Courier Mail last year. “However,” the Australian prime minister continued, “as a father and as a citizen, I’m appalled by the violent binge-drinking culture that now seems so prevalent, especially at ‘hot spots’ in our big cities.”

Perhaps there was a hint of hypocrisy this weekend then when Abbott downed an entire beer in six seconds as a university Aussie Rules football team chanted “skol, skol,” the Australian equivalent to “chug, chug.”

The team invited the PM over for a beer and nothing more, one of the coaches told Australian Women’s Weekly, but Abbott decided to give a speech. “Then he proceeds to reach down and grab a schooner [a glass that isn’t quite as big as a pint] and he drank from head-to-toe the entire schooner, dribbling little bits on his shirt … and then tipped it upside down on his head,” the coach said. “[Abbott] was proud as punch.”

A video of the boisterous accomplishment quickly made the rounds on social media. Some were impressed by his technique, while others figured it might set a bad example. Regardless, he still needs a bit of practice before he can put himself in the same category as his countryman Bob Hawke. Legend has it, Hawke chugged two and a half pints of beer in 11 seconds during his college days in the 1950s and later became prime minister. (Hawke doesn’t shy away in his later years when someone offers him a beer, saying, “One for the country.”)

“I’m just pleased that Tony Abbott’s learning to drink beer without adding lemonade,” said Bill Shorten, leader of the Australian opposition, perhaps referencing the 2010 campaign when Abbott’s choice of drinking a shandy—a mixture of beer and lemonade—created a bit of teasing toward his macho persona.

Six seconds in a Sydney pub last weekend should put an end to that. Next up, let’s see if Stephen Harper (and other world leaders past and present) can better that time. 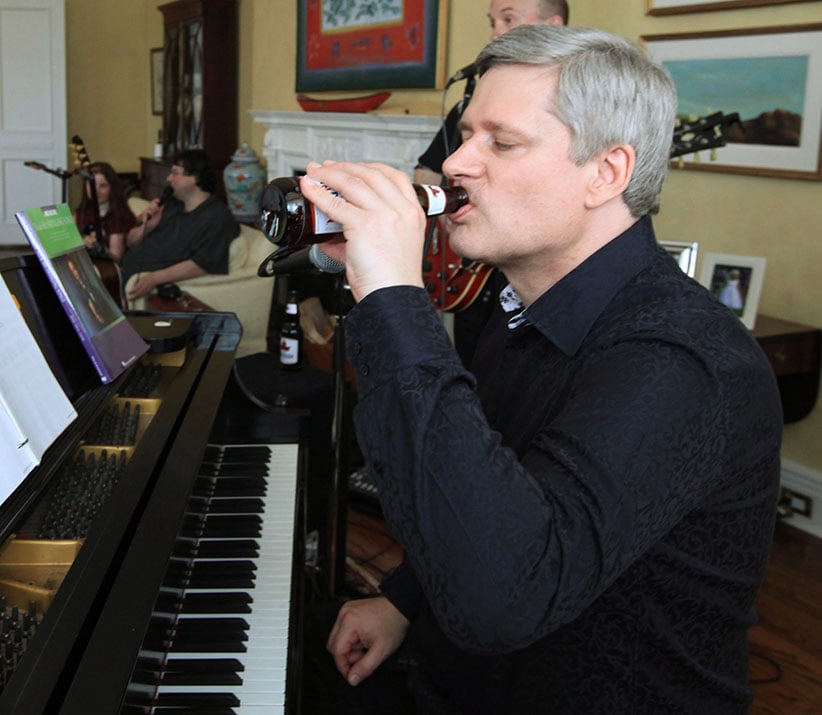 Conservative Leader Stephen Harper sips on a beer as he plays the piano with a band at the prime minister's official residence in Ottawa Friday, April 22, 2011. (Fred Chartrand/CP)