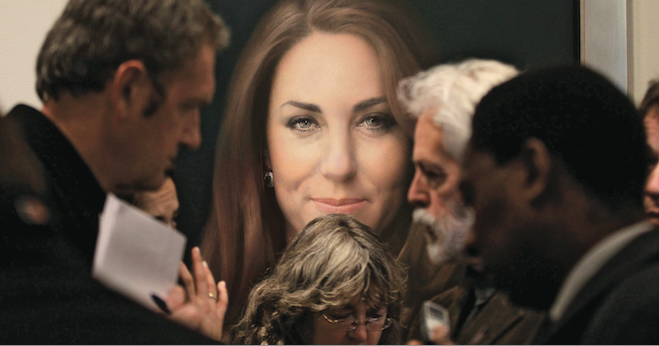 Rebelle with a cause

It’s been a wild ride for Quebec filmmaker Kim Nguyen, 38. Last week, War Witch (Rebelle), his intimate drama about an African child soldier, received an Oscar nomination for Best Foreign Language Film. And this week War Witch, made for a modest budget of $3.8 million, topped the list of movies honoured by the newly created Canadian Screen Awards with 12 nominations, outstripping larger productions such as Midnight’s Children, Goon and Cosmopolis. Shot in the Democratic Republic of the Congo, Nguyen’s film features a stunning performance from Rachel Mwanza, who was discovered as a homeless street kid in Kinshasa.

The worst kept secret in golf was unveiled this week when Nike announced it signed top PGA golfer Rory McIlroy to a reported $200-million contract. The deal makes McIlroy one of the world’s highest-paid athletes, and gives Nike the rights to golf’s two biggest and most marketable stars (including No. 2 ranked Tiger Woods). Woods was believed to be recruiting McIlroy for Nike while the two were paired together during the PGA playoffs last fall, and seen to be getting along well. The 23-year-old McIlroy will sport the swoosh for the first time at this weekend’s HSBC Championship in Abu Dhabi.

Malik Obama is planning to follow the lead of his half-brother Barack: he’s running for public office in Kenya. Obama announced his intention to seek the governorship of the Kenyan county of Siaya, promising to fix the area’s problems “from poor infrastructure to poverty.” For a local election, this contest will feature a lot of famous names: one of Obama’s opponents will likely be the brother of current Kenyan Prime Minister Raila Odinga. No word so far of a smear campaign arguing Obama was secretly not born in Kenya. 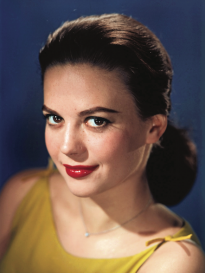 The death of Natalie Wood is now officially mysterious. The L.A. coroner’s office announced this week that new findings had caused them to change her 1981 cause of death from an accidental drowning to “undetermined.” The coroners pointed to bruises the 43-year-old actress might have sustained before she fell off the boat where she, husband Robert Wagner and actor Christopher Walken were spending the night. The reopening of the case, which occurred after the captain of the yacht changed his story about what happened that night, has given new fuel to popular theories about the real cause of Wood’s death, though police have stated that they do not consider Wagner a suspect.

A confidant of John Paul II told reporters that the late Pope is very likely to soon be made a saint. “Since John Paul II performed more than one miracle, his canonization will surely be recognized,” said Italian cardinal Giovanni Batista Re, a central Catholic figure. Church officials are now examining the miracles attributed to the pope “to see which were the most solid,” he adds. The front-runner is the healing—apparently unexplainable by science—of French nun Marie Simon-Pierre.

An Ontario Superior Court Judge handling the divorce of frozen-food magnate Michael McCain struck down a “marriage contract” signed by his wife, Christine, in 1997 and ordered McCain to provide $175,000 a month in interim spousal support. The contract, designed by McCain’s father Wallace to keep the McCain family fortune from being eroded by divorce, had provided for Christine to receive a single lump-sum payoff of $7 million along with the couple’s shared home. Justice Susan Greer ruled that the deal was “unconscionable,” and that it would have held Christine to an agreement she’d signed under duress.

The run-up to next month’s Academy Awards got political as liberal acting legend Ed Asner announced that he and fellow thespian Martin Sheen would join a protest against Kathryn Bigelow’s Best Picture nominee, Zero Dark Thirty. Bigelow’s account of the assassination of Osama bin Laden contains an extended sequence in which the CIA obtains key evidence through torture—a depiction Asner and other signatories of a protest letter to Academy members condemn as inaccurate and irresponsible. “We hope that Zero will not be honoured by Academy or
[Screen Actors] Guild members” reads the letter. Asner was president of SAG from 1981 to 1985.

Keynesianism to the rescue

Japanese Prime Minister Shinzo Abe, who was returned to office for a second time on Boxing Day, unveiled plans to stimulate the long-stagnant Japanese economy this week. Abe was elected on a promise to use New Deal-style government spending to boost Japan, whose government debt is already twice its annual GDP. The nationalistic scheme will intensify disaster-relief efforts in the tsunami-struck Fukushima region; it also features, against a background of maritime border tension with China, purchases of missiles and military aircraft.

Ontario Liberals appear poised to give the province its first female premier. Leadership candidates Sandra Pupatello and Kathleen Wynne head into next weekend’s party convention as clear front-runners, with by far the most delegate support (with 41 more votes, Pupatello has a slight edge over Wynne). Male or female, the new premier will inherit a hefty load when they arrive at Queen’s Park: a $14-billion deficit, strained relations with teachers, and looming questions about a power plant scandal expected to cost taxpayers more than $200 million.

After seven years of silence, U.S. Supreme Court Justice Clarence Thomas finally said something from the bench. Thomas is famous for not saying anything during oral arguments (it is not known why). But he recently spoke up, not to ask a question, but to snarkily suggest that a Yale degree could be a sign of incompetence on the part of a lawyer. Thomas is a Yale man himself.

Anti-Semite or critic of Israel?

The L.A.-based Simon Wiesenthal Center (SWC) is drawing criticism for including a prominent German journalist on its annual list of the world’s top 10 anti-Semites. Jakob Augstein—publisher of the weekly Der Freitag and a Der Spiegel online contributor—came in at No. 9 on the Jewish human rights organization’s offender list, just below Iranian President Mahmoud Ahmadinejad. The SWC publication included several Augstein quotes. In one, Augstein compares ultra-Orthodox Jews with Islamic fundamentalists. In another, he says that Prime Minister Benjamin Netanyahu’s government “keeps the world on a leash with an ever-swelling war chant.” The list has provoked outrage in Berlin. Many journalists accuse SWC of conflating criticism of Israel with anti-Semitism. Salomon Korn, vice-president of the Central Council of Jews in Germany, dismissed the organization as “pretty far removed from Ger- man reality.”

Pakistani-Canadian activist and cleric Muhammad Tahirul Qadri led tens of thousands of protestors from Lahore to Islamabad this week in a peaceful march against corruption. Qadri, who returned to his home country last month after six years in the Toronto area, says that protests, which have swept the country, will continue until the government meets his demands; they include firing the country’s election commission and postponing scheduled elections. Pakistan’s Supreme Court gave Qadri’s movement a boost when they called for the arrest of Pakistani Prime Minister Raja Pervaiz Ashraf over corruption allegations. Qadri, who hopes for a more open, democratic government, is vowing to stay in Islama- bad until “all corrupt people are totally ousted,” and “rule of law is enforced.”