Nine voters who could have swung the B.C. election

Losing the riding of Courtenay-Comox by nine votes cost the B.C. Liberals a majority. We called nine locals to see what they think about that. 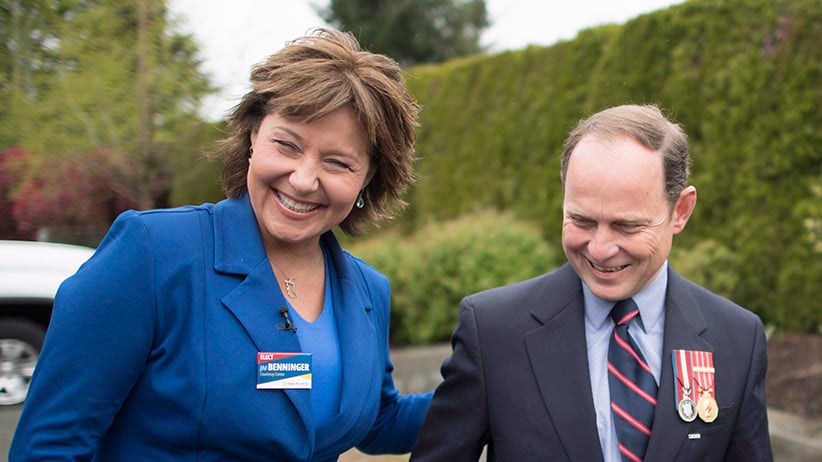 Nine votes. Ahead of any recounts or tallying up of absentee ballots, Christy Clark’s B.C. Liberals are just one seat short of another majority government—and in the riding of Courtenay-Comox, the NDP candidate was declared the victor over the Liberals by that slimmest of margins. 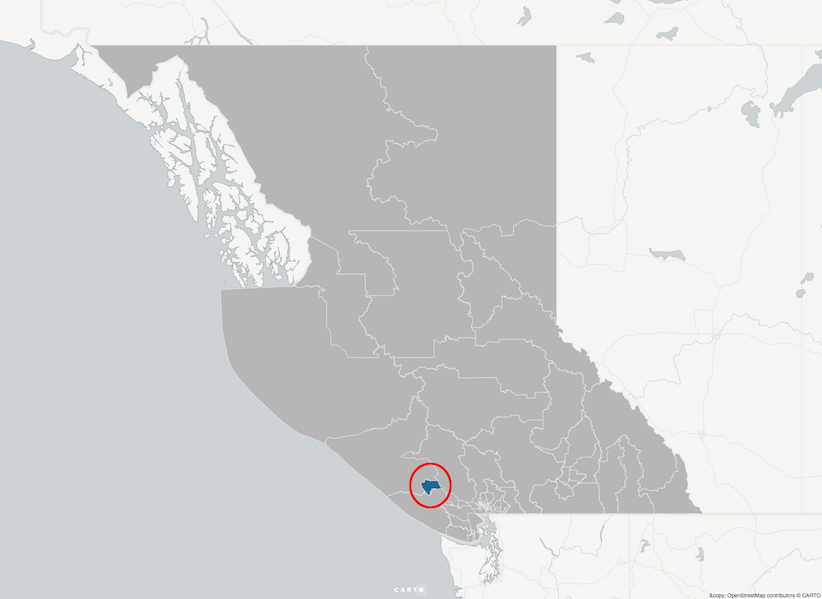 So we pulled out the phone book and called up nine random people in the riding to see what they thought about the election results, especially considering how their nine votes could have been so decisive.

“I thought the results were really telling. Courtenay-Comox is such an interesting riding because there’s the military base as well as a lot people who have been residents for many years. Our community is a little bit transient because of the military base, so you get all different kinds of opinions from the rest of Canada, which is really interesting and good. The Greens and the NDP have a real standing in the community, but it seems that the Liberals seem to take over all the time.

“I’m not surprised at how the vote went in Courtenay-Comox between the NDP and Liberals. I’m happy the Greens had as many votes as they got. It’s very telling.

“And now they’ll have the absentee votes coming in. I’m not hopeful the NDP will hold the seat. I’m thinking it could go to the Liberals because of the military base—a lot of the military votes have not been counted and I’m sure that will mean a change in the vote tally.

“Christy Clark had a really strong campaign. She was always out there with her blue jeans and hard hat. Some people made fun of her for that, but really her focus has been to make jobs for British Columbians. That was a real push-pull for a lot of voters. Am I a supporter of Christy Clark? No. I don’t think I would have been broken hearted if she would have [won a majority], but I’m really happy we can now look at the environmental issues a lot closer. I’m surprised at how well the NDP did, but I’m glad it worked out. Now some of the policies that were controversial in B.C. will get looked at again.

“It’s shocking to see it was only nine votes. That makes me feel good about being in Canada where a few votes can make a difference. It shows how important it is to get out and vote.”

“I would be a lot happier if Christy Clark was not in power, but I guess we’ll have to wait for the recount to officially make sure the numbers are what they are. She’s annoyed so many people with her government’s interference of the teachers over the years in B.C. that I thought she’d get the royal heave-ho, but I guess there are still some staunch supporters.

“I thought the NDP would get ahead far more than [nine votes] here, but we’ll have to wait and see what happens. With the mail-in votes, it could take weeks before we figure it out. It all hinges on the recount and the absentee votes.”

“I feel kind of bad because we just got back yesterday from three months away and for the first time ever I haven’t bothered to go vote. I would not have voted NDP—and there were three in our household that didn’t vote. We would have voted Liberal, so the results could have been only a six-vote difference.

“We didn’t really pay attention [to the campaigning]. We were away for so long we didn’t even think about it. We did know that [yesterday was election day] and we were so exhausted we just didn’t get out. But I’m glad the NDP didn’t get in.”

“Overall, I’m a little disappointed the NDP didn’t [win the election]. I’m hoping with the recount, we can keep it a minority government. I was surprised the Greens got three seats and they got the balance of power.

“[The slim margin] is another good reason to go out and vote. I didn’t think it would be this close. More votes for the NDP [from the absentee ballots] would be great. I just don’t want it go the other way. I hope we don’t get another Liberal majority, but who knows what’s going to happen.

“I’ve been so sick—I’ve been in bed for the last week and a half—that this is the first time that I haven’t voted since I was a teenager, and I’m 53. My vote would have made a difference, but there was no way I could get out.

“I wasn’t completely decided [on who I would have voted for]. It was between the Liberal and the NDP—not the Green Party. With this minority government, [Clark] doesn’t have full control. Maybe that’ll allow for better consensus of what the people of B.C. want. It’s probably better that both parties have a say instead of one party having a monopoly in the legislature.

“I’m not impressed at all. We don’t get enough representation for one thing. Also, I went to vote yesterday and they got me registered 20 minutes from my house when there’s a polling station within five minutes of my home. I stopped in town because I was beside that [closer] station to vote and I got told I had to sit and wait because there were other people ahead of me and I had to register. So I left. I was pissed off.

“I’m still hoping that if they get a recount, the Liberals get it. I’m not an NDP supporter, I’ll put it that way. My vote would have counted. If there were eight more plus me, we wouldn’t be talking. I knew it was going to be close from the get go.

“My wife’s not well right now, so we didn’t take her, but that would have been two [Liberal votes]. We’re pretty much on the same page.”

“I was rather disappointed it was so close province-wide, but here in town, I wasn’t at all surprised it was this close cause it seemed that way going into the election.

“Because I’m directly involved in the education system, I’m one of those people who is very disappointed by a lot of Clark’s decision with our education here in B.C. I’m not a fan.

“I’ve never been into politics, it’s not really my thing. However, I was disappointed that one of our candidates, Ronna-Rae Leonard—I work for the school and trying to do a project to learn about her. When we went to her personal website, there was no information about her but it re-directed to John Horgan’s site. We, as a school class, emailed her to ask more about her because we couldn’t find anything on her site, but we got no reply. That was disappointing.

“Now there’s all this talk about waiting on the mail-in and absentee votes, so it’ll be interesting to see what happens. I know a lot of people who didn’t go out to vote, which is disappointing to me because the only way you can change things is going out to vote. I also know people who spoiled their ballots, which I don’t agree with. But that’s others people’s choice, not mine.”

“Well, I voted Liberal. I think the Valley is quite strong for the NDP. I think [Liberal candidate] Jim Benninger did not do well during the forums. He was articulate, but a little bit arrogant. The reason I voted Liberal was that the NDP candidate [Ronna-Rae Leonard] had worked on providing care for seniors, but there never were more beds provided for senior care. That was the swing for us.

“Obviously, there’s disappointment when you vote for somebody and they don’t win. I’m disappointed because there were things happening in the Valley under a Liberal government, because it was a Liberal constituency, and there was progress being made. It’ll be interesting to see what happens now.

“[With a minority] I feel that we’re going to be stuck in neutral for getting things done, especially from an economic point of view. I’m not saying the Liberals are wonderful and all that, but I’m really concerned about the pipeline and our relationship with Alberta and Trudeau. All that will be on hold. Personally, I think we’ll be having another election within a year.