By Kathleen Hennessey And Mark Sherman, the Associated Press February 16, 2016 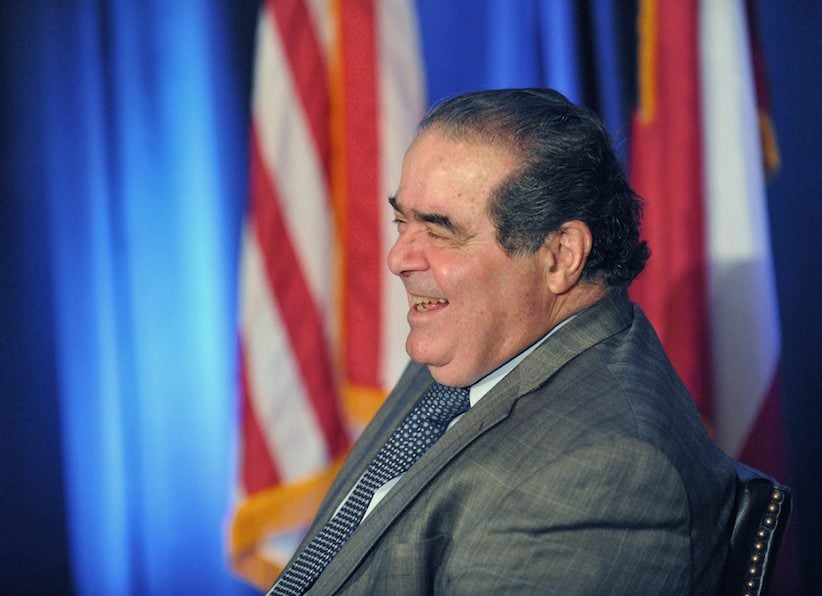 WASHINGTON – As the White House carries out a rare election-year search for a Supreme Court nominee, President Barack Obama’s lawyers and top advisers are sorting through a tangle of political, legal and personal factors.

A smart pick and nomination strategy could determine whether Obama gets to reshape the highest court for the next generation. The wrong pick could leave that opportunity to his successor.

The Republican-led Senate has to confirm any Obama nominee, and Republican leaders say they won’t act on it until after a new president takes office in what is shaping up as one of the biggest political fights in this election year.

Democrats view this as a moment decades in the making. Recent Republican presidents have gotten more chances to fill seats, tilting the court to the right.

“The Supreme Court has not reflected where the American people have been on issues,” said Gregory Craig, who served as White House counsel early in Obama’s first term. “This is the first opportunity in many, many years to bring the court more in line with the American people.”

The sooner Obama picks a name, the longer he has to try to force the Republican-led Senate to hold a vote.

At the heart of Obama’s dilemma is how to manage the Republican opposition to his decision to name a nominee. Within hours of Antonin Scalia’s death on Saturday, Republicans began arguing Obama should let his successor fill the open seat.

Given the election-year timing, Obama might be inclined to nominate someone most likely to appeal to Republican senators. But if Republicans object to Obama even trying to fill the post, the president may see little point in bending too far to appease the other party.

White House spokesman Eric Schultz said the president will use the same criteria he used when he nominated Sonia Sotomayor, who became the first Hispanic on the court, and Elena Kagan, then-solicitor general.

Obama has shown a desire to expand ethnic and racial diversity and to elevate more women.

His nominee would almost certainly support abortion rights, consideration of race in college admissions and other areas of public life, limits on campaign contributions and stronger rights of labour unions – all issues that have divided the court’s liberal and conservative justices 5-4.

Obama also has prioritized young candidates. And he’s aimed for relatively uncontroversial personalities, people with views that fall into the category of mainstream liberal jurisprudence.

Obama has said there is “plenty of time” for Republicans to consider his choice. The more time he gives them before them, particularly before the height of campaign season, the stronger his argument.

It’s standard practice to keep files on possible nominees and assign a staff member in the White House Counsel’s office to manage and update the list. That list has long included Merrick Garland, chief judge for the D.C. circuit. He has a reputation as a moderate, but as a 63-year-old, white male Garland doesn’t check the diversity or youth boxes.

For a more historic choice, Judge Sri Srinivasan is considered a leading option.

Born in India and raised in Kansas, Srinivasan, 48, would be the first Indian-American on the court. He joined the appeals court in Washington in 2013, meaning he has been recently vetted. The Senate confirmed him by a 97-0 vote.

Srinivasan, however, initially faced some opposition from liberal groups because of his work in private practice defending business interests against claims of human rights abuses in foreign countries.

Other judges under possible consideration are Paul Watford, a 48-year-old former federal prosecutor appointed by Obama to the federal appeals court based in San Francisco. Watford would be only the third African-American to serve on the Supreme Court.

Judge Patricia Millet, 52, like Srinivasan, worked in the Justice Department under both Democratic and Republican administrations. She also was nominated by Obama and confirmed to the appeals court in Washington in 2013.

It’s possible Obama may look beyond the bench for his candidate. Homeland Security chief Jeh Johnson has been floated. A sitting senator is an enticing option, if Obama wants to force Republicans to deny a colleague a hearing. New Jersey Sen. Cory Booker and Minnesota Sen. Amy Klobuchar have both been mentioned as possibilities