Obama, Trudeau further some Arctic goals but miss others 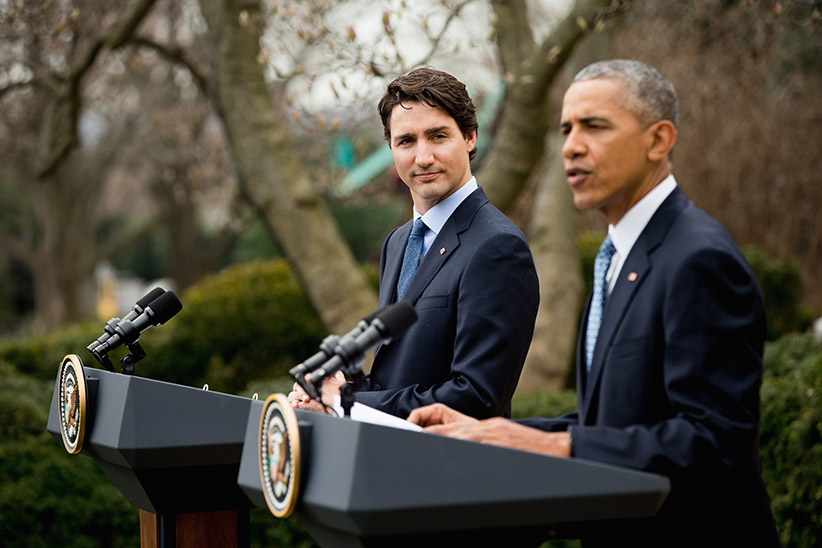 But experts say the two leaders also missed a chance to restrict a major contributor to pollution and loss of sea ice in northern waters.

“I was hoping to see a declaration that the U.S. and Canada would unilaterally ban the use of heavy fuel oil within their territorial and internal waters,” said Michael Byers, a professor of international law at the University of British Columbia and an expert on Arctic politics.

Heavy fuel oil is a major source of black carbon, a sooty emission that darkens sea ice and snow and quickens its melt. It is considered a pollutant and has already been banned off North America’s east and west coasts.

A document released by Trudeau and Obama only says: “We will determine with Arctic partners how best to address the risks posed by heavy fuel oil use and black carbon emissions from Arctic shipping.”

That puts those talks at the mercy of Russia, which isn’t interested in a ban, said Byers.

Still, Arctic observers pointed out the two leaders seem to have adopted good ideas from each other.

Canada is formally backing an American initiative to ban all commercial fishing in northern waters until research can determine sustainable harvest levels. The United States was the first to ban such fishing in its Arctic territory, a ban which Canada later copied.

Talks have already occurred with other major fishing nations. Now Canada and the U.S. will seek a formal treaty to ensure the rest of the world does the same.

“The leaders call for a binding international agreement to prevent the opening of unregulated fisheries in the central Arctic Ocean to preserve living marine resources and promote scientific research in the region,” the document says

The united front is good news, said Scott Highleyman with the environmental arm of the Pew Charitable Trusts. Highleyman, who has followed the issue closely, suggested that even better news is Canada’s offer to hold the next series of talks.

“When diplomats start doing that, that means they think there’s some momentum.”

The U.S. will also work with Canada on developing low-impact northern shipping corridors that would take into account ecological and cultural areas, migration patterns of animals such as whales, indigenous use and navigation data quality.

That’s something Canada’s Transport Department has been working on for years, said Byers.

“It’s a further step in bilateral co-operation on shipping matters that involve the Northwest Passage,” he said. “Any incremental increase in co-operation will help to build confidence in Washington that Canada can manage the waterway and protect the interests of both (countries).”

The two governments also reaffirmed their support for science-based decision-making with strong input from indigenous people.

Most of the announcements made Thursday involve talks that have been going on for years. None, Byers pointed out, involve “spending money and building stuff.”

The document Trudeau and Obama agreed on was widely hailed.

“We are impressed by the depth of the commitment to support a strong Arctic future for people and species,” said David Miller of the World Wildlife Fund.

Sue Liebenson of Pacific Environment said: “We are thrilled to see these issues highlighted in today’s joint statement from the White House. We look forward to leadership from both the U.S. and Canada on creating common sense regulations.”