The Court has done its job. Now it is up to legislators. 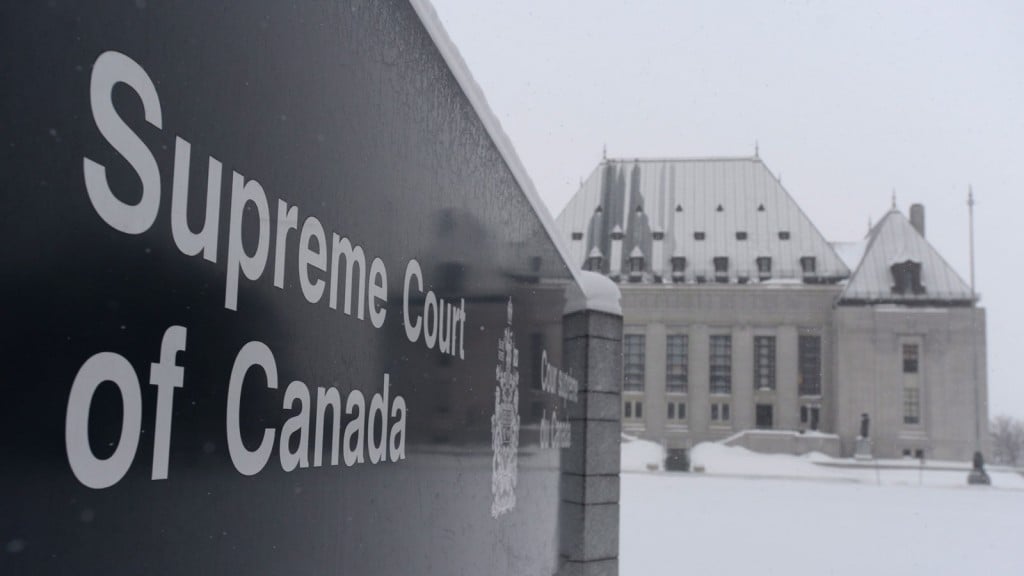 No matter strikes at the heart of fundamental individual liberty more than decisions involving one’s own life or death.

Until today, Canadian law made it illegal to assist someone in dying under any circumstance. For those suffering from terminal illness or the physical and psychological pain of incurable disease, this meant either ending one’s own life prematurely or enduring that suffering through a prolonged, “natural” death.

Today the Supreme Court spoke unanimously and emphatically: “The choice is cruel.”

More fundamentally, the choice the law imposed on people is an unconstitutional violation of the right to life, liberty and security of the person. The law, the justices stated, condemned people to “a life of severe and intolerable suffering” and it did so in an overly broad way.

It is a decision long in the making, following a narrow 5-4 vote by the Court in 1993 to uphold the law. Chief Justice Beverley McLachlin, the sole judge left on the Court since that time, had been in the minority seeking to strike down the law.

Despite strong public opinion against an absolute ban on assisted suicide, Parliament and consecutive governments have long shied away from revisiting the issue. The deeply moral nature of the debate, and the complexity in crafting rules to permit anything less than an absolute ban, no doubt played a role in this inaction. However, the inescapable truth of the matter is clear: Political cowardice has played a key part in Parliament’s intransigence, and the only way the issue was going to get back on the policy agenda was for another case to reach the Supreme Court.

As I suggested last October, following the Court’s hearing in this case, there was a near-inevitability to the justices’ reversal on assisted suicide. Too much has changed in the two decades since the Court narrowly upheld the ban.

First, the experience of other countries in developing policy to allow assisted dying has grown tremendously. Whereas, in 1993, the Court’s majority caved to fears about the unprecedented nature of striking down the ban, today, the justices drew from comparative evidence about how assisted-dying policies operate in other countries.

Second, the development of Section 7’s right to life, liberty and security of the person over the years permitted the Court to apply new principles to the issue. In 1993, a central question was whether the law was arbitrary. Today, the Court found it was overly broad—a “principle of fundamental justice” that has developed since 1993 and that recently arose in the Court’s decision that struck down Canada’s prostitution laws. The law suffered, too, from “gross disproportionality” (i.e., as crafted, the law caused more harm than good), but, having found it to be overly broad, the Court didn’t bother to explore this. It is also noteworthy that the Court relies heavily on the excellent rationale provided by the trial court judge in this case, allowing the justices to cite her evaluation of the law and of available evidence with approval.

Why doctors want the right to pull the plug

What does this all mean for public policy and access to physician-assisted suicide? First, the constitutional threshold articulated by the Court suggests there can be no law against assisted suicide in cases involving competent adults who 1) clearly consent to the termination of life and who 2) have a “grievous and irremediable medical condition (including an illness, disease or disability) that causes enduring suffering that is intolerable to the individual in the circumstances of his or her condition.”

This does not mean that Parliament (or the provincial legislatures, for that matter) can only choose to limit access to assisted suicide along this set of parameters—other contexts may provide a basis for access. The Court does not offer a specific policy prescription. Rather, it articulates the constitutional baseline by which future regulation or policy must adhere.

It is quite clear that Parliament is still free to place constraints on assisted suicide by use of its criminal law powers. Indeed, the Court has given it a year to do so. Just as important, however, is that within the space articulated by the Court, provincial governments must be prepared to regulate under their health care jurisdiction with respect to how access will work, and to work with medical professionals on developing guidelines governing process, consent and approval. This is not an easy task—although one hopes the provinces will carefully investigate examples from other jurisdictions, including the recent medical aid in dying bill passed in Quebec.

For many critics of the Court’s decision, a key issue will be that of “slippery slopes.” How can we ensure there won’t be abuses of the system, including cases where it is difficult to judge individuals’ capacity for consent? For its part, the Court was deferential to the findings of the trial judge, who concluded that, on the basis of comparative evidence, appropriate safeguards are feasible. The justices wrote that, in many respects and in many contexts, issues of consent are already evident throughout the medical system. On that basis, the Court noted in its decision that we “should not lightly assume that the regulatory regime will function defectively.”

This may not alleviate fears of the potential consequences for vulnerable people in society, particularly the disabled. It seems worth underlining, however, that giving people the right to the fundamental autonomy to determine their own fate and control over their own bodies need not translate into inaction with respect to improving society’s support for people with disabilities. We still have a long way to go on that front, and no reasonable proponent of assisted suicide has ever suggested access to it somehow supplants the need in other policy areas to provide better support for people struggling with disabilities and other health problems.

Finally, it is true that in many other areas, some commentators, myself included, routinely express some trepidation at the Court involving itself in matters of public policy. But there is something distinctive about this case, not only in the fundamental nature of the right at stake, but also in the unusual degree to which politicians of all partisan and ideological stripes have avoided it. This speaks not just to my personal satisfaction with the particular outcome, but to the necessity of the Court’s role in this particular instance.

After decades of intransigence by Parliament on the issue, the Court has paved the way for the clear, emphatic protection of individual liberty. The decision is in the spirit of the best aspects of the Court’s role: an unequivocal statement of principle and clarity for government action at the federal and provincial levels, while leaving room for policy-makers to determine what future regulation will look like and how to address key questions raised by the issue. The Court has done its job. It is time for governments across Canada to get to work.

Emmett Macfarlane is an assistant professor of political science at the University of Waterloo. You can follow him on Twitter @EmmMacfarlane