One day in Ottawa and a catastrophe of vaccine messaging

Shannon Proudfoot: From a television appearance by NACI's chair to a confounding response by the health minister, confidence in COVID vaccines took a beating 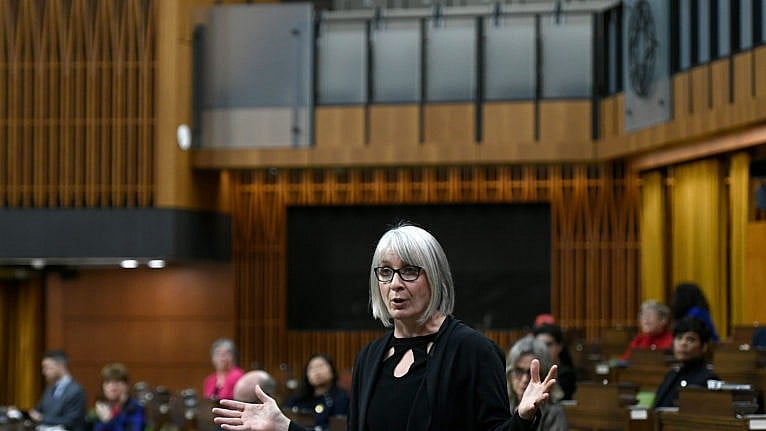 Hajdu rises during Question Period in the House of Commons Dec. 10, 2020 (CP/Justin Tang)

Monday was an absolutely hideous day if what you wanted was clear, useful, confidence-boosting communication about COVID-19 vaccines in Canada. If you wanted…the horrible opposite of that, then it was a good outing.

First up was the National Advisory Council on Immunization (NACI), whose press conferences must increasingly be viewed like incoming meteorites by public health agencies who have to figure out how to educate and reassure a jumpy public after each one.

NACI is an independent group of experts who serve on a volunteer basis to advise the Public Health Agency of Canada on the administration of vaccines approved for use in this country. The advisory group has been around since the 1960s working in gentle obscurity, but in the last few months as COVID vaccines have poured into Canada and the third wave of the pandemic raged, NACI has been thrust under a glaring real-time spotlight in which it has struggled to communicate clearly and effectively with the public.

READ: Confused by NACI’s AstraZeneca recommendation? Why the first shot offered is still the best shot

In Monday’s press conference, NACI Vice-chair Dr. Shelley Deeks provided an update on the Janssen vaccine (also known as Johnson & Johnson), saying the advisory group recommended that, like AstraZeneca, it should be offered to people age 30 and up “if the individual prefers an earlier vaccine rather than waiting for an mRNA vaccine and if the benefits outweigh the risks.”

A reporter asked for clarification on why NACI was now saying that the mRNA vaccines—Pfizer and Moderna—were a better choice than AstraZeneca and Janssen, which work on viral vector technology. “Can you just tell us, are you now saying don’t take the first vaccine that’s offered, wait for the one you want?” he asked.

“So what we’re saying is that—and what we’ve said all along is that—the mRNA vaccines are the preferred vaccine,” Dr. Deeks replied. “The viral vector vaccines are very effective vaccines but there is a safety signal…and the issue with the safety signal is that although it’s very rare, it is very serious. And so, individuals need to have an informed choice to be vaccinated with the first vaccine that’s available or to wait for an mRNA vaccine.”

To which much of Canada responded: “I’m sorry, you’ve been saying what all along?”

In recent months, very rare instances of Vaccine Induced Immune Thrombotic Thrombocytopenia (VIIT) associated with the AstraZeneca and Janssen vaccines have caused some jurisdictions to pause the use of those vaccines and have unsettled the public at large. The risk of this serious adverse event has been pegged around one in 100,000, but even with COVID cases skyrocketing, younger patients becoming sicker and dying and hospitals bursting at the seams, side effect worries caused “vaccine shopping,” with viral vector vaccines languishing in refrigerators while some people waited for an option they perceived as better.

In response, the constant mantra for everyone from public health officials to Prime Minister Justin Trudeau—who himself got the AstraZeneca vaccine on April 23—was “Take the first vaccine you’re offered.”

But then suddenly, there was NACI adding an enormous caveat to that, and telling everyone this is what they should have known all along.

A short time later in question period in the virtual House of Commons, Michelle Rempel Garner, the Conservative health critic, asked Health Minister Patty Hajdu to clarify. “What does Health Canada advise? This is a lot different than what we’ve been hearing, taking the first vaccine offered or wait if you can for an mRNA vaccine?” she asked.

READ: Why some people feel COVID vaccine side effects and others don’t

Hajdu began by thanking NACI—the same advisory group that had just sparked widespread anxiety and resentment with their muddled communications—”for their ongoing work” helping provinces and territories decide how to deliver vaccines to Canadians. Then she said, “If any Canadian is questioning whether a vaccine is right for them, the best place to get information is from their health-care professional.”

Rempel Garner emitted an incredulous snort and tried again: your answer is going to leave a lot of Canadians confused, just like that press conference, so as the health minister, tell Canadians what they’re supposed to do. “What is the advice from Health Canada, take the first vaccine that is offered, no matter what it is, or if you can, if you work from home or whatever, wait for an mRNA vaccine?” she asked. “What is it?”

Now, a brief pause in the proceedings for context.

Rempel Garner has not always been a good-faith interrogator of the government over the last several months. As she did in her exchange with Hajdu, she routinely conflates NACI (which advises on how to administer vaccines) with Health Canada (which regulates drugs in Canada, and which has stoutly maintained that all of the COVID vaccines it has approved are safe for use) when it suits her rhetorical purposes.  In the fall, she sent the government digging into every filing cabinet and hard drive it has to satisfy a massive document dump required by a motion she put forward for the health committee to study the government’s pandemic response.

Rempel Garner often relishes playing a critic role a little too much, but the questions she asked Hajdu on Monday were good and necessary ones.

Hajdu decided not to see it that way, adopting a delicately aghast air. “Mr. Speaker, it’s somewhat disconcerting to see the member opposite trying to instil fear in our health-care institutions that of course guide patients toward the best medication for them,” she said. “For her to imply that patients would not get that expertise, advice from their medical professionals is really a lack of confidence in all of our provincial and territorial partners who are doing so much work to ensure that Canadians get the right vaccine for them.”

Later in the day, on CTV’s Power Play, Dr. Caroline Quach-Thanh, chair of NACI, somehow made things so, so much worse.

First, she explained that all of this depends on where people live: if you live in a place with high COVID risk (she did not specify what that would mean), absolutely get the first vaccine available to you. But if you’re in a low-risk area or you work from home, given the flood of mRNA vaccines coming into Canada, maybe you should consider waiting a few weeks for Pfizer or Moderna, which don’t have a “safety signal” linked to them.

What came next was one of those moments you sometimes get in statements or interviews with public officials, where you can pinpoint in real-time the single sentence they utter that is going to obliterate everything else. Quach-Thanh inexplicably chose to express the very low risk of a serious blood clot in the most emotional and dramatic narrative way possible—the sort of framing that lodges in people’s minds and conversations, whirling around over and over like an anxiety carousel.

“This needs to be an informed consent,” she said. “If, for instance, my sister was to get the AstraZeneca vaccine and die of a thrombosis when I know that it could have been prevented and she’s not in a high-risk area, I’m not sure I could live with it.”

Host Evan Solomon’s eyebrows jumped as he immediately interjected to point out how rare those blood clots are, that ordinary people don’t always assess risk rationally and they get into their cars all the time to drive somewhere when that stands a greater chance of seriously injuring them. Quach-Thanh immediately agreed with all of that, which made her explosive depiction of risk seconds earlier even more puzzling.

There was plenty of fear and lack of confidence over Canadian COVID vaccines in the air on Monday, but despite what Patty Hajdu said, Michelle Rempel Garner was not the cause of it.