Ontario election 2018: Four decades of voter turnout in one chart

The voter turnout for Thursday's election reached a nearly 20-year high. But the highest turnout was decades earlier.

Fifty–eight per cent of eligible voters cast a ballot in the Ontario election on Thursday – a nearly 20-year high.

The highest voter turnout in that time period was 66 per cent in 1977 when Progressive Conservative Bill Davis faced off against Liberal Stuart Smith.

Around 13 per cent of those voted in the advanced voting. In total, nearly six million Ontarians cast a vote on Jun. 7. 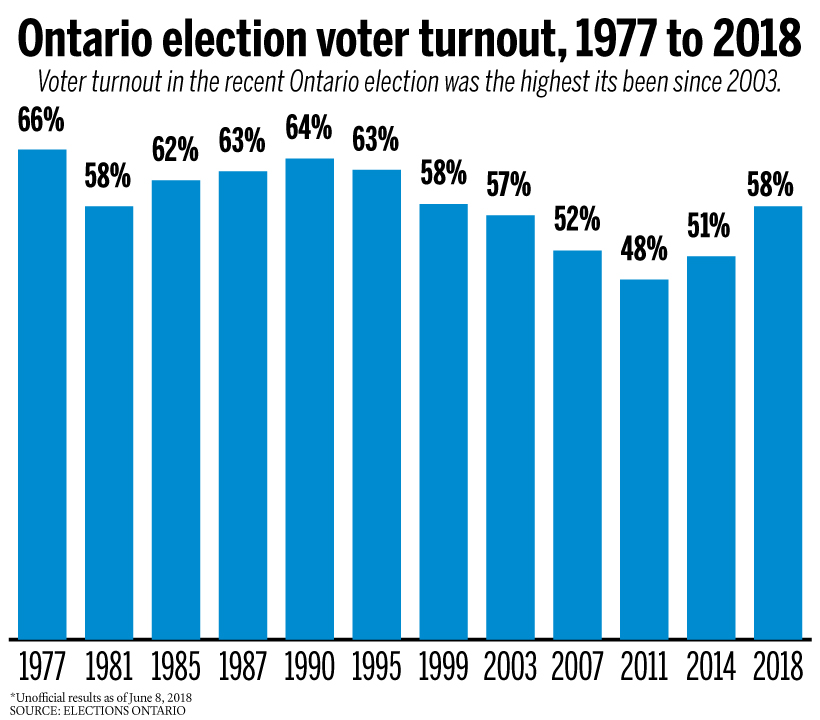