Ontario election 2018: How to decline your vote

Not happy with the candidate choices this election? If you’re feeling stuck, but still want to participate in democracy (as you should), you could exercise the little-known option of declining your vote. 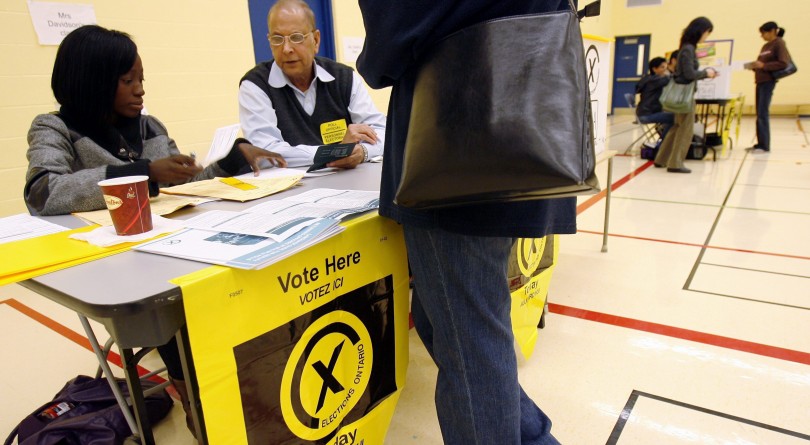 Not happy with the candidate choices this election? If you’re feeling stuck, but still want to participate in democracy (as you should), you could exercise the little-known option of declining your vote.

Declining your vote is not to be confused with not showing up to vote. Going to the polls and declining to vote sends a signal. It’s an official way to say you’re not happy with the political system as it stands and it’s recorded in the election books.

The process is pretty straightforward and is outlined in the Ontario Elections Act.

READ: How to register to vote and make sure you’re ready for election day

If you really want to make your protest clear, you can declare out loud that you’d like to decline your vote, but you don’t technically have to say a word.

There are several other ways you can dismiss your vote: spoiling your ballot (by writing anything outside the circle beside the candidate’s name), not marking it (going into the booth, but not writing down a choice), or you could just not show up at all (like 48.7 per cent of registered voters did in the last election).

All of those options are tallied by Elections Ontario but don’t all send the same political signal. Someone could spoil their ballot accidentally and people have all sorts of reasons for not showing up at the polls, from bad-weather to work and family commitments. 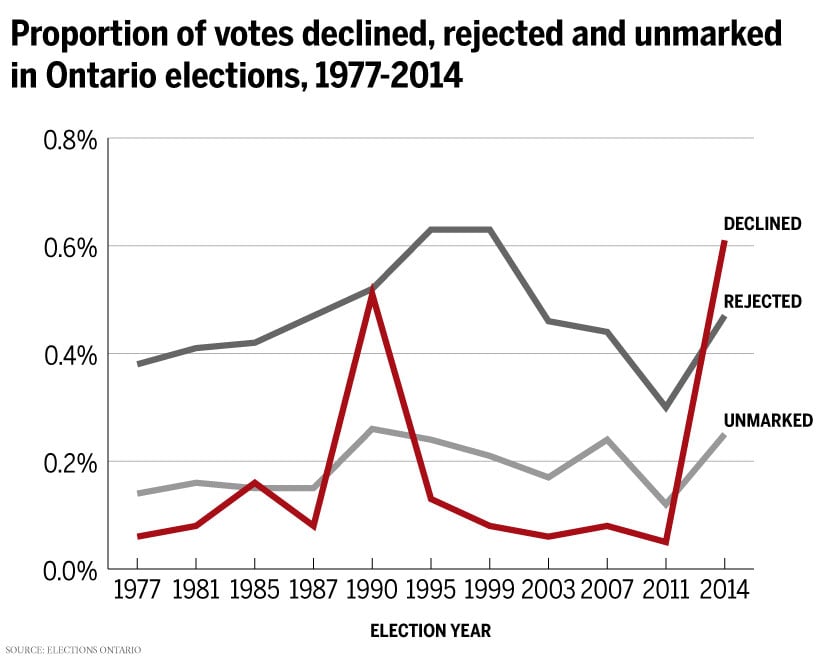 The number of voters who declined their ballot hit a 40-year high last election when then-newly elected Liberal leader Kathleen Wynne faced off again Progressive Conservative leader Tim Hudak. Nearly 30,000 people officially declined their ballot that year, which accounted for 0.61 per cent of all votes tallied.

Since the 1970s, the proportion of voters who declined their vote have typically been less than 0.2 per cent of the total vote.

READ: Where the parties stand on everything from hydro bills to taxes to transit

The only exception was the last time Ontario ended up electing an NDP government in 1990. That year, more than 20,000 voters officially declined to vote, which accounted for 0.51 per cent of all votes tallied. Voter turnout in that election, however, was nearly 15 percentage points higher than in 2014.

Ontario, along with Manitoba, Saskatchewan and Alberta are the only provinces that allow voters to decline their vote. No equivalent exists at the federal level either.