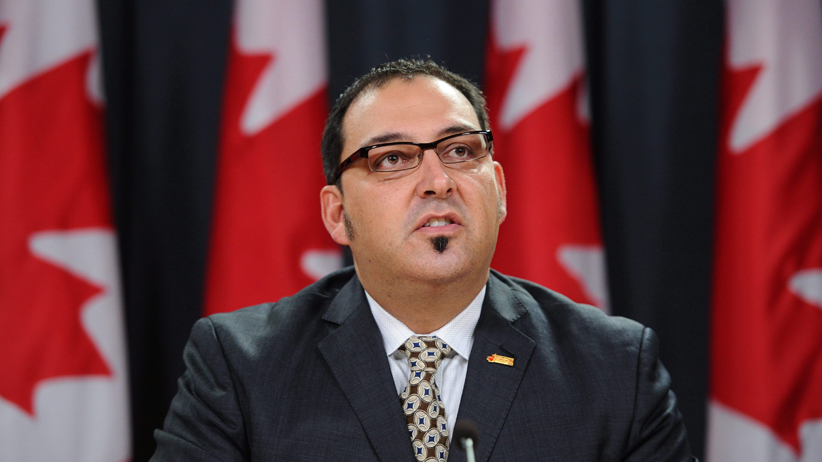 But while the two Liberals, including Ontario Premier Kathleen Wynne’s former deputy chief of staff, face bribery counts under the act, Energy Minister Glenn Thibeault does not.

“The section makes it an offence to offer, not necessarily to receive (a bribe),” said federal prosecutor Vern Brewer.

The charges against Pat Sorbara and Liberal operative Gerry Lougheed stem from allegations the pair offered a would-be candidate a job or appointment to get him to step aside in a 2015 byelection in Sudbury, Ont., for the premier’s preferred candidate.

That preferred candidate was Thibeault, who was then a New Democrat MP for Sudbury, and he ultimately won that byelection for the provincial Liberals.

One of the charges against Sorbara is over an allegation she promised to get Thibeault “an office or employment” to induce him to become a candidate.

After Sorbara and Lougheed’s first court appearance Monday, Brewer expanded on the allegation as it relates to Thibeault.

“The allegation in respect to that count relates to our allegation that Mr. Thibeault sought certain benefits, offers or job or employment as part of his conditions to run as (an) MPP,” he said.

The opposition parties called for Thibeault to step aside after it was revealed that one of Sorbara’s charges related to an offer allegedly made to him. Thibeault has refused, since he isn’t under investigation and faces no charges.

Thibeault has said the premier did not offer him a cabinet position in exchange for running, nor did Sorbara make him any offers. A spokesman said Monday that Thibeault had nothing to add to his previous statements.

Sorbara has said she believes the charges against her will not succeed and she is “shocked” by any suggestion she has done something wrong. Sorbara recently took a leave of absence from her job as Wynne’s deputy chief of staff to become the Ontario Liberals’ CEO and 2018 campaign director, posts she resigned from when the charges were laid.

Lawyers for Sorbara and Lougheed appeared on their behalf in Sudbury on Monday for their first court appearance and the case was adjourned to Dec. 14.

Ontario has given carriage of the case to the federal prosecution service.

Brewer, of the Public Prosecution Service of Canada, said outside court that he and the defence lawyers made an application to have the matter heard by a judge instead of a justice of the peace.

“It’s the first prosecution we’re aware of under this section and there are significant and complex legal issues,” he said.

Lougheed’s charge and a second charge against Sorbara are over an allegation they offered Andrew Olivier, a previous Sudbury provincial Liberal candidate who intended to run for the party again in the byelection, a job or appointment to get him to step aside for Thibeault.

Wynne has said that discussions with Olivier were about trying to keep him in the party fold, and that there was no quid pro quo because she had already decided to appoint Thibeault as the candidate before she, Sorbara and Lougheed spoke with Olivier.

Lougheed had also been charged criminally in the Sudbury byelection investigation, with one count of counselling an offence not committed and one count of unlawfully influencing or negotiating appointments, but those charges were stayed earlier this year.

Lougheed’s lawyer, Michael Lacy, said his client has maintained “he didn’t do anything that would attract a culpable finding.”