Beer and wine are coming to a convenience store near you, maybe. In the meantime, you might find your local PC MPP there instead, snapping a photo or two. 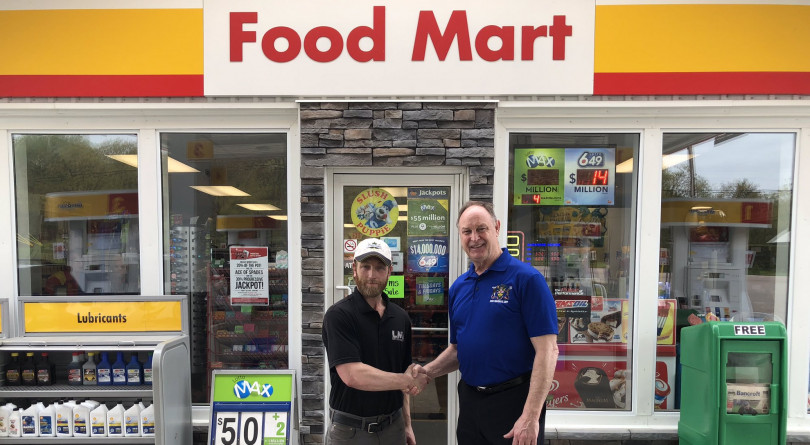 Last week, Doug Ford’s Progressive Conservatives tabled a bill that would end the government’s 10-year deal with the Beer Store, with the mandate to bring beer and alcohol to convenience stores across the province.

It seems that Ford’s MPPs received a memo asking them to pose at their local convenience store then tweet out the resulting photo with some sort of forced earnestness either decrying the lack of hooch there now or commending Premier Ford for his move to make corner store beer a reality.

The cringe-worthy photo-ops are a sight to behold and are reminiscent of when MPPs posed at gas stations in protest of the federal carbon tax. The latest contrived PR stunt is drawing the ire of many Ontarians, who say that the bill and tweets are just trying to distract from the massive cuts that are bringing down Ford in the polls, which is ironic since most across the province are in favour of expanding access to alcohol.

Here’s a selection of some of those MPP tweets (including one from Christine Elliott, Ontario’s health minister).

Stopped by my local convenience store to pick up some bread and chips for my BBQ. Thanks to @fordnation , I will soon be able to pick up a case of beer for my guests at the same time! pic.twitter.com/TTFHuhNSM4

Every Saturday morning I drop into the convenience store in Callander and my pal Sargun asks me. "Why can't I sell beer and wine in my store?"

We think it's only fair that you can buy beer at local stores in Ontario! pic.twitter.com/9FlpTy6RiU

That feeling when you can't get some cold beer at your corner store. pic.twitter.com/9vppTidlqm

We think it’s only fair that Ontarians can buy beer or wine at local stores like this one here in York-Simcoe and across Ontario. pic.twitter.com/Zt8IwCyNtq

If you're picking up some chips and dip at Anthony's store on Highway 17 East of North Bay, wouldn't it be nice to grab some beer or a bottle of wine too? We hear you! pic.twitter.com/raiUhBbx37

We think it’s only fair that people in Bruce-Grey-Owen Sound and in towns across Ontario have the convenience of buying beer at their local store. Why should multi-national companies be the only ones able to sell beer? #onpoli pic.twitter.com/xWkYOo8a2u

In the national capital region you can already buy beer & wine in corner stores – just across the Ottawa River in Quebec. Time to level the playing field for Nepean businesses & repatriate those dollars back to Ontario. @BellsCornersBIA #bellscornersminimart pic.twitter.com/5mi5awQyAL

Dropped by our local corner store this morning. Thankful our government is fighting to ensure beer and wine can be sold close to home. Corner stores, box stores, grocery stores – all convenient locations for customers to buy beer and wine. pic.twitter.com/vYuyzg20yI

It was fun stopping by the local convenience store in Wardsville today. It is time that small businesses have the opportunity to sell beer and wine in Ontario. Customers will benefit too from more choice and convenience. pic.twitter.com/2UwmQwzkhh

Just stopped by my convenience store in Barry’s Bay, and owner Mark talked about it being only fair for him to be able to sell beer and wine. We want to give people choice and convenience. Why should multi-national companies be the only ones to sell beer? pic.twitter.com/sxxcCN4h65