Politics Insider for Sept. 17, 2021: Questions about Kenney pile up; the Liberals pounce; and Obama backs Trudeau 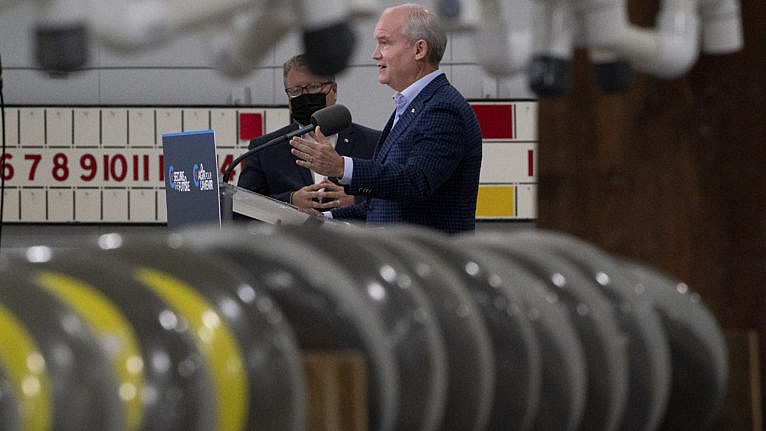 O’Toole, who won the CPC leadership with the help of a Kenney endorsement, repeatedly dodged questions: “Throughout this crisis, all the provinces have tried to make the balance between making public health paramount and balancing off the economic needs. All provinces have shifted and adjusted based on various reasons.”

Grilled in N.S.: O’Toole was later campaigning in Nova Scotia, where he got a good grilling from ATV’s Steve Murphy.

Deeply apologetic: One member of Kenney’s caucus was more forthcoming than O’Toole, saying on Facebook late Wednesday that his government’s inaction “will cost us lives,” CBC reports. Richard Gotfried said: “I am deeply apologetic that my persistent efforts and unequivocal internal advocacy have now proven to have lacked the required urgency. I am truly sorry, but even more wracked by sadness for the collateral impact on other vulnerable Albertans.”

Resign: As Alberta’s ICUs have filled up, “calls for Jason Kenney, Tyler Shandro, and Dr. Deena Hinshaw to step down from their respective roles have increased exponentially,” 660News reports.

This is trash politics. No politician in Canada wants permanent COVID-19 restrictions. No sane leader would keep them a second longer than necessary, when the key to popularity is lifting measures once and for all.

Liberals pounce: Justin Trudeau, who has sought to frame the election around the question of pandemic management, pointed to O’Toole’s past praise for Kenney’s pandemic management, CBC reports. “Just a few days ago, Mr. O’Toole was still applauding Kenney for his management of the pandemic. That’s at the heart of the choice Canadians need to make in this election.”

O’Toole stares into the camera, steeled to push ahead. Jason Kenney won’t take this day away from him. No. The words “Alberta” and “Jason” and “Kenney” will not come out of his mouth. Not today. Not when he’s this close to securing the future. Nothing will stop him now.

Whither the dial? Will the terrible news out of Alberta give the Liberals a boost in the last days of a tight election campaign? Only time will tell. The parties remain in statistical tie, according to Nanos.

Hard to decide: CTV’s Don Martin lists good reasons to vote either for or against Trudeau.

Now, at best, there is passive enthusiasm for Trudeau to remain in power and that is tainted by widespread fury-driven loathing of the Liberal leader on this campaign, which is hard to fathom given his two difficult years in the pandemic hot seat. But while there are good reasons to grant Trudeau an extension to his six years as prime minister, there are equally strong justifications to vote against giving him a third term in office.

Prince Max: In the Sun, Brian Lilley warns that anyone thinking about voting for Maxime Bernier will only help Trudeau stay in office.

Without an extra boost of support at the ballot box, Trudeau will be Prime Minister once again. Yes, I’m looking at you, PPC voters. Voting for Maxime Bernier and his People’s Party will only give us Justin Trudeau as PM. Prince Max may as well be crowning Trudeau King.

Hope, not fear: Pre-emptively countering a similar argument from the Liberals, Olivia Chow urged people to vote with hope, not fear as she campaigned with Jagmeet Singh in her late husband’s former riding, CTV reports.

“I wish other leaders, especially Liberals, don’t use fear as a factor,” Chow said in Toronto-Danforth. “Because fear is very short term. Hope is much longer term, is much more optimistic and it builds confidence, builds our country.”

Obama backs JT: Barack Obama endorsed Trudeau on Thursday, but that might not have much impact, professors tell the Post.

Woman in office:  Manitoba will soon have its first female premier, Global reports. Former MP Shelly Glover and Health Minister Heather Stefanson are the only candidates to qualify for the leadership contest. Brian Pallister stepped down earlier this month, triggering a leadership vote on Oct. 30.

Indigenous kingmakers: The Hill Times has an interesting story on the crucial role that Indigenous voters could play on Monday, if they are motivated enough to get out to vote, which it does not appear they are.

Even more election talk: If all these stories haven’t slaked your thirst for election news, join Maclean’s writers today at 12:30 for a Twitter chat (with special guest former Trudeau advisor Gerald Butts).