O'Toole's blind side, Trudeau's big gamble and other keys to the campaign

Stephen Maher: This election might not be necessary, but we're about to learn a lot about the leaders, their parties and the changes taking hold of the country 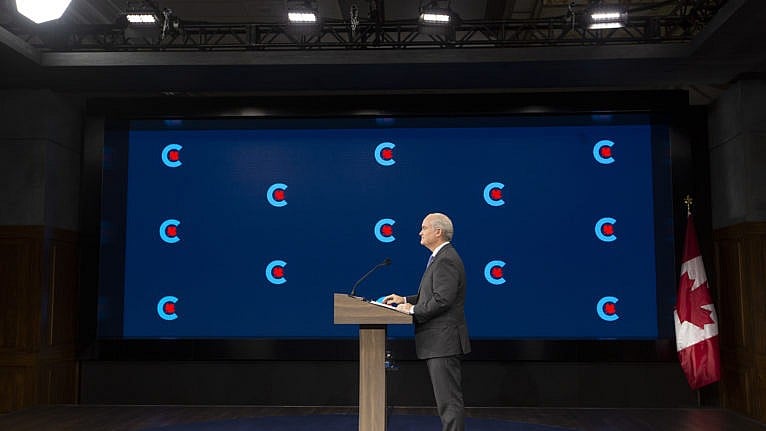 A month before the 2008 election, the Conservatives put a juvenile and irritating online attack on Liberal Leader Stephane Dion, featuring an animation of a puffin defecating on Dion’s head. Voters recoiled, Stephen Harper blamed an overenthusiastic staffer, apologized and ordered the image scrapped.

Last week, the Conservatives put out a similar online video with Justin Trudeau’s face superimposed over the head of Veruca Salt, a character in the movie Charlie and the Chocolate Factory. For all we know it was produced by the same overenthusiastic staffer from 2008, a decade older but no wiser, because it reflects the same frat-boy sensibility that the party has to repress if it wants people to vote for them.

The difference this time is that Erin O’Toole had, as of this writing, not pulled down the idiotic ad and some of his MPs complained on social media, something they did not dare to do when Harper was leader.

The Conservatives, who last week sent out an email frantically seeking candidates, look to be entering this campaign divided. The division—between a Western-dominated right wing and an Eastern-dominated centre-right wing—is always just below the surface in the party, but the right seems to be so unhappy with O’Toole that they are finding it hard to keep quiet. That’s likely because of his position on a carbon tax, which is that there should be one, although it should be an awesome, job-creating Conservative carbon tax, replacing the terrible job-killing Liberal carbon tax.

To a lot of Westerners whose livelihoods depend on resource extraction—that sounds something like treason.

I think O’Toole’s policy is electorally sensible, because he can’t win seats in the East and B.C. with an Andrew-Scheer-style pretend climate policy, and also wise, because much of the planet is burning, which is worrying. But a big chunk of the party’s base does not agree, and they are letting their representatives know, which is not fun for them. They would prefer a leader who doesn’t infuriate their constituents, someone maybe more like Pierre Poilievre, who dropped out of the leadership race that O’Toole won, but looks interested in the job now, posting slick videos that fail to mention his leader, but hit the emotional points that true-blue Tories like. I think Poilievre is too polarizing to be a successful leader for the party, but he at least seems to hold consistent views, unlike O’Toole, whose leftward pivot after winning the leadership confused and alienated his base.

These internal divisions are making it hard for O’Toole to stake out defensible turf. In his first media availability after the writ drop on Sunday, he tried and failed to dodge questions about vaccine mandates. He likely is not able to support them without his MPs rebelling, so he is jammed, stuck opposing a popular policy, which the Liberals will be delighted to discuss whenever anyone asks them about anything even vaguely pandemical.

Liberals can likely use that to pivot away from the most difficult question for them: Why are we having an election at all?

The honest answer, which Justin Trudeau must under no circumstances give, is that he wants a majority and thinks he can get one, while everyone is still feeling good about having been vaccinated.

You can tell that the players see the coming struggle in the same way, because O’Toole, Jagmeet Singh and Yves-François Blanchet were last week speaking with a common voice, asking Trudeau to wait, for goodness sake, and keep running the country. Politicians who think they will make gains don’t usually talk that way. They can all read polls.

But the other leaders are right, I think, when they say that we don’t need this election, that Trudeau is putting “his own self-interest ahead of the interest of Canadians,” as O’Toole said.

I think it would be hard to convince a well-informed non-partisan that it is necessary. It’s true that the Liberals have been stopped from getting some things done in the House, but they are passing budgets, spending money, running the country. It’s honestly hard to tell whether they can really blame the opposition for stopping them doing things they say they want to do because there are so many things—like delivering clean water to First Nations, or sending peacekeepers overseas—that they haven’t done, even though they could have, and seemed to want to.

That isn’t to say the Liberals have done nothing. Trudeau can point to progress on inequality, climate and reconciliation, not to mention procuring enough vaccines to put Canada in the first rank globally. None of that will do him much good, though, if he does not win a majority on Sept. 20, because his party will, naturally enough, then start to think about who will lead it into the following election. Trudeau would be in a similar position to Lester Pearson, who managed to hang on for only 13 months after winning a second consecutive minority in 1965.

Jagmeet Singh, on the other hand, looks chill. After an awkward start as leader, he is connecting with voters. As Philippe J. Fournier points out, the polls show he could stand between Trudeau and the majority he wants, if TikTok views translate into votes, which is something we stand to learn on Sept. 20.

This election should also tell us if opinion has shifted to the left. The electorate is younger and more diverse than it used to be, and after 17 months of activist pandemic government—and debt-fueled public spending—voters may have decided they like it when Ottawa spends money on them.

The lack of a debate over the federal child-care program suggests something has shifted. In 2006, Harper managed to beat Paul Martin partly by contrasting government-funded child-care spaces with a tax credit that would also benefit stay-at-home parents. When Trudeau rolled out his subsidized child-care scheme this year, the Conservatives gritted their teeth and stayed out of the way.

O’Toole has shifted his party toward the centre, but the right wing is on the brink of open rebellion, and it is not at all clear that he has gone far enough to the left to appeal to the suburban voters he needs to break through in Ontario and Quebec. Or maybe his practical, sensible, centrist approach will find a constituency when voters get a better look at him. We don’t know yet, and should 36 days from now.

I can’t be convinced this election is necessary, but that doesn’t mean it won’t be useful.