Ottawa drops the hammer on carbon pricing. Now what? 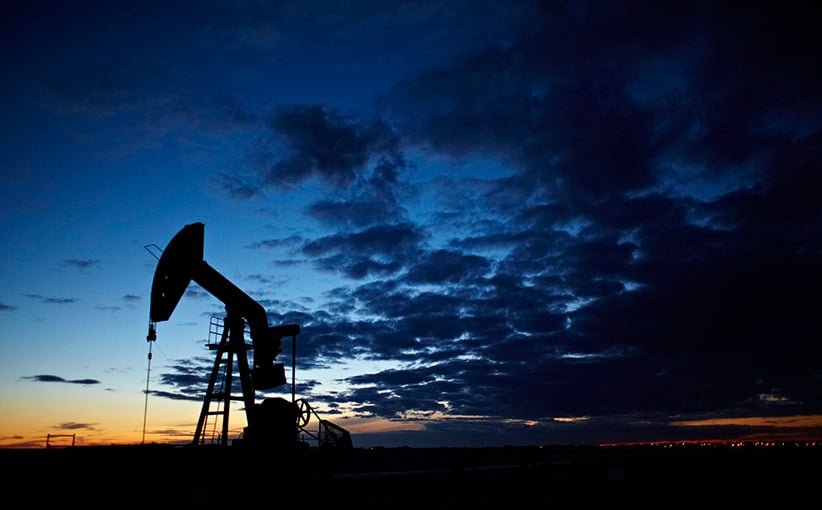 An oil and gas pumpjack near Carstairs, Alta. (Jeff McIntosh/CP)

One of Stephen Harper’s most consistent messages on climate change was that it made no sense for Canada to act alone. This country would be happy to be part of the solution when and if other nations did something, the former prime minister argued, but he would not put Canada’s oil and gas industry at a disadvantage by regulating emissions—something he described as “crazy economic policy” in late 2014, when oil prices were sagging badly—ahead of the crowd.

From virtually the moment he took ofﬁce, Justin Trudeau has adopted a diametrically opposite tactic and tone. He has explicitly—at times ostentatiously—declared that when it comes to the environment, under his government Canada will lead, not draft in the middle of the international pack. In an address at the UN climate change summit (known as COP21) in Paris in November 2015, weeks after he was sworn in, Trudeau told delegates Canada was taking on a new international leadership role. “Canada is back, my good friends,” he said, with obvious relish for the line. “We’re here to help, to build an agreement that will do our children and our grandchildren proud.” The end of his sentence was swallowed by applause.

Trudeau’s Liberals swept to power one year ago with an environmental platform that emphasized federal leadership and co-operation with the provinces and territories, and repeatedly linked environmental action with innovation, prosperity and the creation of good jobs. Since then, the government has delivered on some of its major promises—in the case of carbon pricing, with a dramatic ﬂexing of federal muscle on the ﬂoor of the House of Commons—and is in progress on others. However, a few decisions—and the dragging of federal feet on executing others—have frustrated and ﬂummoxed environmental observers. “I think earnestly and with a lot of energy, they are trying to fulﬁll a very ambitious mandate, so I do want to give really good marks on that front,” says Gretchen Fitzgerald, national program director of Sierra Club Canada. “But there still is a feeling or a fear—and I hope it is unfounded—that behind the scenes, there may be strong connections to the corporate sector and pieces that may sway them the other way.”

Related: The Conservatives are stuck in the past on carbon

Trudeau has declared climate change a “top priority.” Under that rubric, the Liberal election platform promised the government would establish national emissions-reduction targets, attend COP21 with provincial and territorial leaders—which it did, with Environment Minister Catherine McKenna helping to push for a more ambitious agreement—and, within 90 days, “formally meet to establish a pan-Canadian framework for combating climate change.” That meeting happened in Vancouver in March, but the ﬁrst ministers emerged with basically the punchline to a joke about bureaucracy: a commitment to study the issue. 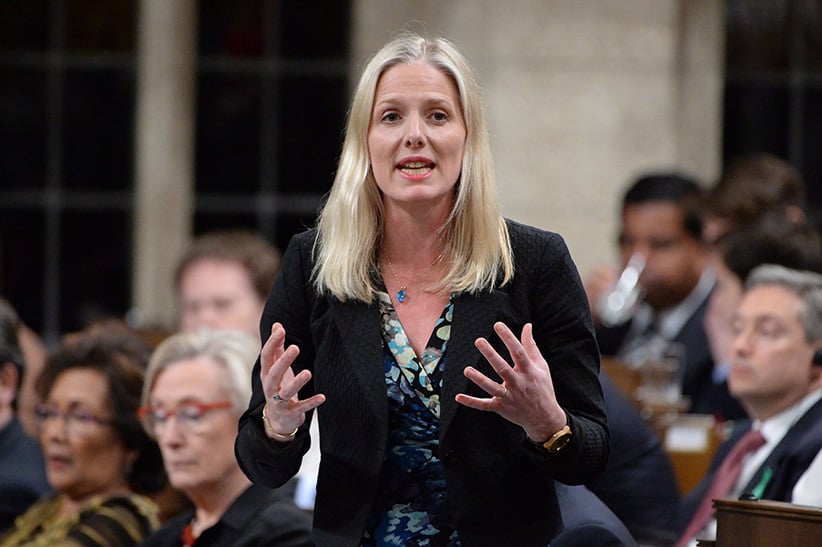 What was a challenge then in fulﬁlling this centrepiece environmental promise remains one now: getting everyone on board. Some provinces have already sorted out their own plan and don’t welcome outside meddling: British Columbia has had a carbon tax since 2008; Quebec has a cap-and-trade system; and Ontario is getting one off the ground. Other jurisdictions reject the idea out of hand: Saskatchewan Premier Brad Wall, for one, insists his province simply cannot afford a carbon price.

Against that fraught backdrop, a number of things happened this fall. First, while the Liberals previously characterized the carbon-emissions target set by the Harper government as an uninspiring bare minimum, in mid-September, McKenna said her government would be sticking with that target, which aims to reduce carbon emissions by 30 per cent of 2005 levels by 2030. “It’s not possible to keep our current target and, with a straight face, say we’re committed to meeting the Paris targets,” says Green Leader Elizabeth May (Canada ratiﬁed the COP21 agreement on Oct. 5). “They are incompatible.”

Related: Here’s how much carbon pricing will cost households

A few weeks later, McKenna announced the federal government had conditionally approved the Paciﬁc NorthWest liqueﬁed natural gas project in northwest British Columbia. The approval is dependent on 190 legally binding conditions, and there had been a “rigorous environmental assessment,” McKenna said, but the project will be an enormous generator of the very carbon emissions the federal government has made its mission to curb.

Just a few days after trotting out his minister for a project that had environmentalists gritting their teeth, Trudeau himself made a sudden announcement of a distinctly greener hue. The Prime Minister unveiled in the House of Commons a carbon-pricing ultimatum for the provinces and territories: make it happen or we’ll do it for you. He gave the premiers two years to put in place a carbon price or cap-and-trade system, either of which must meet a federally imposed “ﬂoor price” of $10 per tonne starting in 2018 and rising to $50 by 2022. If a province or territory fails to do so, the federal government will impose a price. This occurred at the exact moment McKenna was meeting with her counterparts in Montreal in search of common ground on climate change. She briefed the environment ministers before Trudeau’s public announcement, but it did not go over well; the representatives from Nova Scotia, Newfoundland and Saskatchewan walked out of the meeting early in protest. “It’s a really big announcement. It demonstrates that they’re serious, but it also demonstrates that they understand the scope and scale of the challenge,” says Andrew Leach, an associate professor at the University of Alberta, who led the Alberta government’s advisory panel on climate change. “You’ve got, on the one hand, people saying this target is weak, this is nowhere near enough. And on the other hand, you’ve got the other benches and interest groups saying they’ve gone so far aﬁeld, they’re going to wreck the Canadian economy.”

The next UN climate change summit takes place in Marrakesh Nov. 7 to 18, but there won’t be a chance to draw up the promised pan-Canadian strategy until Trudeau meets with the premiers on Dec. 9. From that meeting, the government hopes to have speciﬁcs on issues like infrastructure, carbon pricing and green innovation, and they will need to smooth rufﬂed provincial and territorial feathers between now and then.

Another key platform promise was to reform environmental assessments to “make them credible again.” In August, the government announced a review panel that will consult through the end of this year and produce a report in January 2017. May sees “looming disaster at every turn” in that drawn-out process because in the meantime, projects such as the Energy East pipeline and Trans Mountain pipeline expansion continue to be evaluated. In January 2016, the government announced an interim assessment process until the overhaul is completed, but Dale Marshall, national program manager with Environmental Defence, says the temporary measures are lacking. “That’s one example of where a vague promise allowed them to do something that was a lot less than what we were hoping for when they started talking about a more rigorous, more credible process,” he says.

The Liberals also pledged to phase out our fossil-fuel subsidies over the “medium term,” but when the 2016 budget was tabled, the funding was still in place. The government now says it will turf them by the end of 2024. “Some things are difﬁcult to change in the short term when it comes to ﬁscal policy, but now I think there are fewer excuses for government,” says Ian Bruce, director of science and policy for the David Suzuki Foundation. “This [2017] budget should more accurately reﬂect the true intentions and the true commitments of the federal government.”

When discussing the Trudeau government’s promises and progress in its ﬁrst year, environmental groups and the government itself both refer often to the decade of perceived intransigence by the Conservative government on the environmental ﬁle. This recent history has had the curious effect of both lowering the bar for what is considered success, and ratcheting expectations for this government sky-high. “That is the issue of our time, and if Canadians are not tackling it, it’s to our everlasting shame and detriment,” says Fitzgerald.

In its ﬁrst year, the Trudeau government has made deliberate efforts to brand itself a green government. But it is the second year and beyond that will be the true test: bringing the provinces and territories to heel on carbon, sketching in the absent details of how Canada will meet its COP21 commitments—and doing it all while delivering on the promise that this will boost the economy, not hamper it.

In the bag: The COP21 agreement: the Trudeau government went to Paris, wielded international clout and got the deal ratified. Fulfilling it, though, is another story.

In progress: Carbon pricing: the hammer has been dropped on the provinces and territories, but the details—and its effectiveness in curbing emissions—are under construction.

In jeopardy: Consensus on a national climate change strategy will be tough to arrive at—especially since they burned goodwill with the carbon-pricing ultimatum.