"The Old Duff is dead and buried, never to be resurrected." 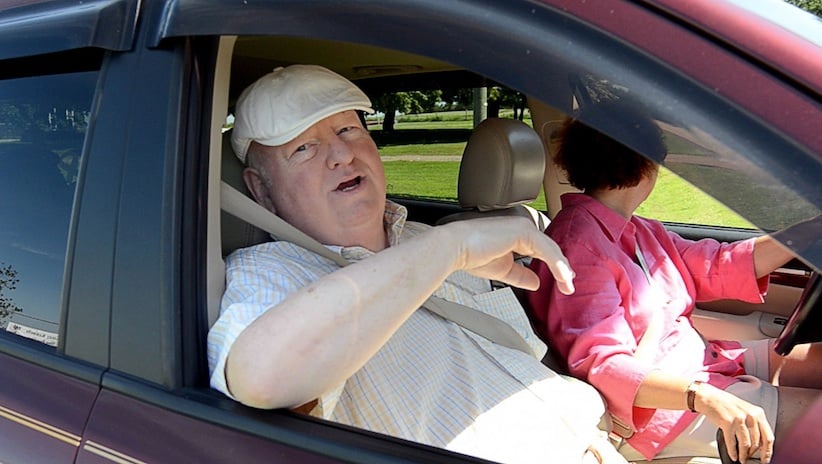 It’s been a pretty awful week for suspended senator Mike Duffy. Allegations of his secret love child surfaced Tuesday. Two days later, the RCMP slapped him with 31 criminal charges, including breach of trust, fraud, and bribery, stemming from the Senate spending scandal.

Here’s the best of who said what following these latest developments:

1. “The Prime Minister’s chief of staff cut a $90,000 cheque to a parliamentarian, and none of us were supposed to be any the wiser. It’s Third World stuff. Yet you will still hear Mr. Wright described, gushingly, as some momentarily wayward paragon, who ought not to have done what he did but also ought not to suffer greatly, merely for reimbursing the treasury—in secret, yet; and not directly, but through Mr. Duffy, sure; and in a way that might conveniently help his party and his boss out of a jam, granted; but where’s the harm?”

2. “Regardless of how the charges against him play out, that is clearly now a vain hope. The Old Duff is dead and buried, never to be resurrected. So, too, is his stillborn career as a politician. It’s virtually impossible to imagine Duffy ever resuming his place in the Senate. What remains to be seen is the collateral damage Duffy’s behaviour will wreak on Stephen Harper’s Conservatives.”

3. “Mike Duffy deserves some credit for severely upping the ante on the type of misconduct he’s dabbled in. To go from allegedly claiming living expenses for a property not his primary residence to impregnating a convicted drug trafficker in a halfway house is a pretty big leap, in terms of general misconduct. Who knows, maybe he imports weapons or has a stuffed effigy of Nigel Wright in his bedroom. When you’re a conservative like Duffy, it’s important to only participate in the most, well, liberal activities.”

4. “So we [Ontario] have $1.1 billion squandered on the gas plants, emails deleted, contrary to the rules and an Ornge chopper scandal all ongoing. And McGuinty’s forgiven and there’s a big group hug all around. But a rogue senator fudging his expenses is somehow Harper’s fault. The involvement of the PMO’s office, it seems, is that his chief of staff allegedly tried to reimburse taxpayers $90,000 of the money Duffy owed from his own pocket. How shocking . . . I just hope the OPP is as dogged in their pursuit of justice as the RCMP were in theirs.”

5. “It is remarkable enough that the appointment of a senator for Prince Edward Island has already mattered as much as it has for Harper (which is to say at all), a Prime Minister who assumed office on a vow to do away with the business of appointing senators.”

6. “To date, Sen. Duffy has never had a fair hearing, either in the Senate or in the media. We are confident that when the full story is told, as it will be, and shown to be supported by many forms of evidence, it will be clear that Sen. Duffy is innocent of any criminal wrongdoing.”

7. “It’s clear from Duffy’s lawyer’s pre-emptive response to the charges that the one-time star of the Conservatives’ fundraising circuit believes the best defence is a good offence, and is training his sights on both the Prime Minister and his inner circle.”

8. “By the time Wright takes the stand, the prosecution will already have painted a picture of Duffy as an inveterate scoundrel—shredding his credibility, thereby burnishing the credibility of anybody testifying against him. It will make Wright appear the victim of a practised fraudster, instead of a political operative trying to buy his way out of a problem.”

9. “Generally, it takes two to tango. It’s not just the receiver, it’s also the giver. And they have charged Mike Duffy with receiving. There hasn’t still been a full explanation from the RCMP . . . Maybe there’s some sort of plea deal and immunity in return for [Nigel Wright] testifying against Mike Duffy.”

10. “A Mike Duffy trial will put [the Senate expense scandal] back in the news, day after day. Of course, the evidence could clear Mr. Duffy and there might be nothing more damaging than what we’ve heard. But Canadians have already heard a lot, and they didn’t like it. The Conservatives don’t want Canadians to be getting a daily reminder of all that. But timing is crucial. And they especially don’t want them to be getting a daily reminder in an election year.”

— Campbell Clark, the Globe and Mail