The working plan shows 1,000 refugees will be flown to Canada every day, with considerations for 'lodging sites' 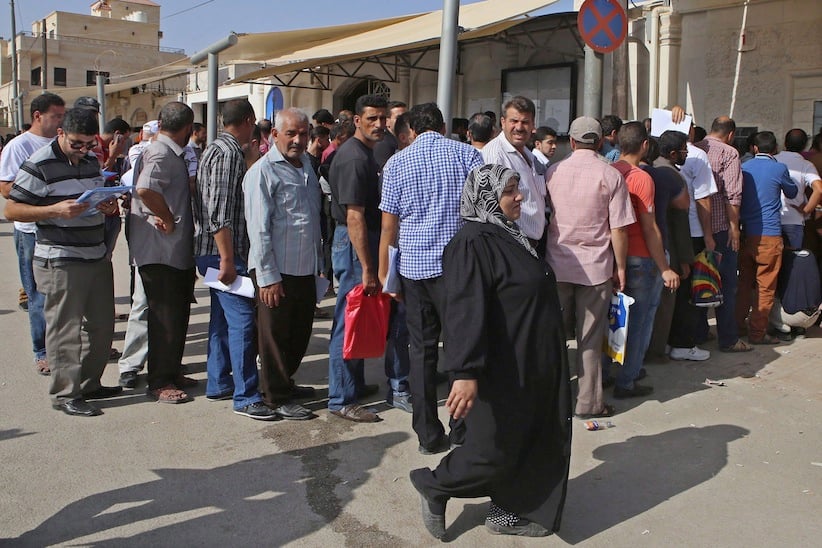 Syrian refugees gather outside their embassy waiting to apply for passports or to renew their old passports, in Amman, Jordan, Sept.15, 2015. Somewhere right now, in a refugee camp in Amman or a rental apartment in Beirut or on a street in Istanbul, sits a Syrian hoping to be among the 25,000 people resettled to Canada, possibly by the end of the year.THE CANADIAN PRESS/ AP/Raad Adayleh

The new Liberal government is developing plans to fly 1,000 Syrian refugees a day out of Amman, Jordan, according to a planning document obtained by SiriusXM’s Everything Is Political.

Refugees will then be flown to Toronto, Montreal and the military base in Trenton, Ont., the planning document shows. The internal aid agency report comes from a group tasked with helping to fulfill a Liberal campaign promise to get 25,000 Syrian refugees into Canada by the end of the year.

Once in Canada, the new arrivals will begin a “community integration” process, which starts with a 12-week stay in “interim lodging sites.” The number and location of these sites is still unknown, according to the document, but military bases and even docked cruise ships are being considered in Quebec and Ontario.

According to the Nov. 10 document, the working plan—which is still in development—would have refugees identified and selected by Immigration, Refugees and Citizenship Canada, then put in a new, fast-track system: “expedited overseas processing, including a ‘fit to fly’ medical assessment to be performed primarily by the International Organization for Migration [IOM].” Canada is part of the IOM, along with 156 other countries.

According to the document, “the plan is now approved,” and “official dialogue between the Government of Canada and Provincial/Territorial will start tomorrow,” referring to Nov. 11.

The document also reveals that the only departure point so far is Amman, Jordan, with up to three flights a day leaving for Canada. In an earlier interview, however, new Immigration Minister John McCallum told the Everything Is Political radio show that planes could also take off from Turkey and Lebanon.

The document says “limited primary health care” will also be provided by some support agencies in the interim lodgings. The immigration minister has already confirmed that up to 11,000 refugees might have to be housed on military bases. When contacted to confirm the details in these aid documents, the minister’s office had no comment.