Philippe J. Fournier: The Liberals still hold the seat count advantage, but their numbers keep slipping while the Conservatives see an uptick in Ontario 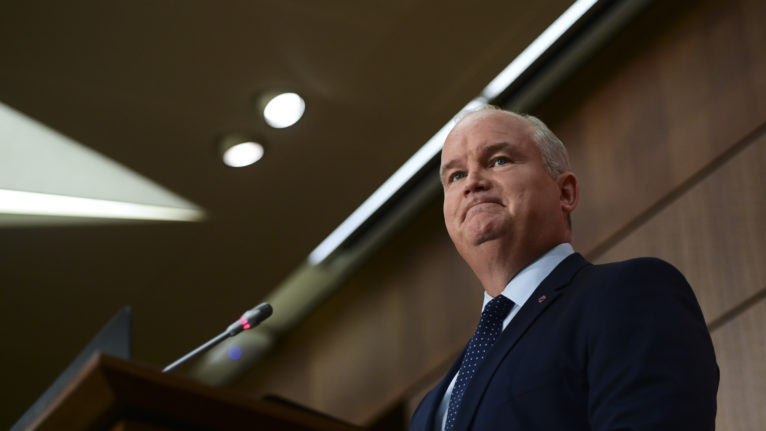 Federal polls published since Durham MP Erin O’Toole was elected leader of the Conservative Party of Canada on Aug. 23 (well, the 24th just past 1 am eastern time) have not indicated any kind of significant leadership bump for the Conservatives. However, it does appear the Liberals’ downward trend that began in late July has kept going to the point where, even if most Canadians remain generally satisfied by the federal government’s handling of the pandemic, the Liberals have lost their advantage in voting intentions.

We therefore find ourselves merely a week away from a Throne Speech that, if rejected by opposition parties, would send the country back to the voting booths only one year removed from the 43rd general election that took place in October 2019.

At the time of this writing, six polls have been in the field and have been published since the CPC virtual convention:

(Federal polls from Nanos Research are published behind a paywall, therefore they are not shown here, but they are taken into consideration in the 338Canada model.)

We add these numbers into the 338Canada model and present today this updated federal projection. For details on the model’s methodology, visit this blog post.

While the Liberals still hold the upper hand on the popular vote projection, the model has the LPC (34 per cent on average) and CPC (32 per cent) in a virtual tie, which is a stark contrast to the double-digit lead the Liberals enjoyed from May to early July. Allegations of nepotism and conflicts of interest surrounding the WE Charity may not have brought down the government’s vote share in the way opposition parties would have hoped, but it did take a toll on the Liberals’ numbers:

Although the NDP’s net movement since the spring remains within the confidence intervals, it has fared somewhat better in recent weeks and currently sits at 18 per cent. The Bloc (31 per cent in Quebec) and the Greens stand at 7 per cent nationally.

Naturally, given the Liberal slide of the past month, the seat projections have tightened up to the point that all parties stand roughly at their respective 2019 election results. The LPC wins on average 155 seats (it won 157 seats in 2019) and the Conservatives 117 (121 seats in 2019):

[On the graph above, the numbers indicate the parties’ current seat projection averages and the coloured bar, the 95 per cent confidence intervals.]

Here is a brief regional breakdown of the projection:

Erin O’Toole takes the reins of the CPC in a much better situation for the party than Andrew Scheer did in 2017, when the Liberals were still in their prolonged honeymoon with many Canadian voters. Hence, when Parliament resumes next week in Ottawa, all eyes will be on the new CPC leader in his first test as “prime minister-in-waiting.” While he may not control the fate of Parliament (the NDP and Bloc hold the balance of power), his performance over the next few months could play a big part in predicting how long this 43rd legislature will last. If a fall election appears unlikely for now, a spring 2021 election before the budget would certainly seem plausible.

For complete numbers of this projection, visit the 338Canada website. The interactive map is available here.