Philippe J. Fournier: The Liberals have returned to earth, but neither the Conservatives nor the NDP are profiting from it. Can a new CPC leader move the needle? 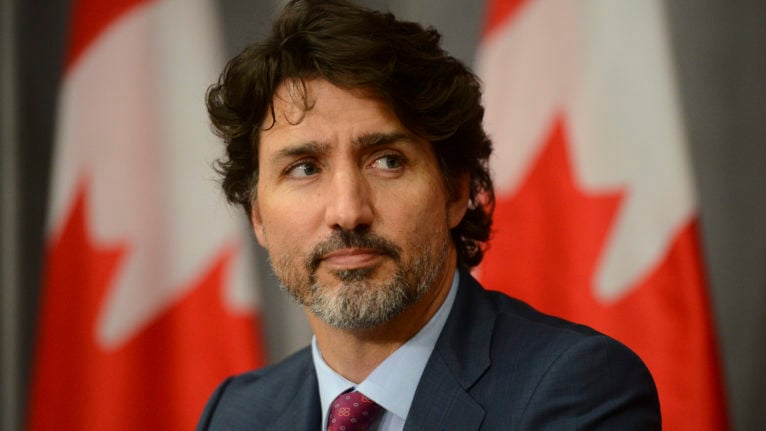 We are entering the last month of summer in Canada. Yet, nothing feels normal about it. Many parents and students across the country are feeling COVID-anxiety with the return to school. The U.S.-Canada border remains closed to non-essential travellers. We are watching playoff hockey in August. And, even though infection rates have slowed down considerably in the country during these last summer months, the fear of a second wave remains alive and well in the mind of Canadians. According to the latest federal update from Léger, a strong majority of Canadians (78 per cent) believe there will be a second wave of the virus. Only 9 per cent believe the opposite.

Moreover, Léger’s latest survey also measured that 50 per cent of Canadians believe 2020 is the worst year they have ever lived, and 64 per cent believe it is likely that we will go back to a pandemic lockdown over the next three months. No fewer than 43 per cent say that “the worst of the crisis is yet to come”—a 13-point increase compared to early June results from the same question.

These are certainly not optimistic numbers.

On the political front, polls have been showing a notable tightening of voting intentions since late July. The 338Canada projections of the national vote now has the Liberals ahead of the Conservatives by only four points on average, and the confidence interval of both parties overlap significantly:

Here are all the federal polls from Canadian firms (dots) with the 338Canada vote projections (shaded areas) since January 2020. The “COVID-bump” that pushed the governing Liberals ahead by double digits throughout most of the spring and summer has evaporated. Curiously, however, neither the NDP nor the Conservatives seem to be profiting from the Liberals’ return to earth:

The results from the CPC leadership race should be released on Aug. 23, and that could theoretically give the Conservatives a modest boost in voting intentions. Or it could not.

In the past two decades, we have seen temporary bumps in the polls for parties that nominated fresh new leaders: Thomas Mulcair in 2012 and Justin Trudeau in 2013 both enjoyed considerable hikes in voting intentions shortly after their respective nomination. The same could be said about Stéphane Dion (!) in 2006 and Michael Ignatieff in 2009.

However, in more recent years, newly elected party leaders had little effect on the mood of voters: Neither the arrival of Andrew Scheer for the Conservatives nor Jagmeet Singh for the NDP (both in 2017) moved the needle for their respective party. Although Yves-François Blanchet ended up reviving the Bloc Québécois in the 2019 election, his nomination as leader in January 2019 had no immediate effect on voting intentions in Quebec.

Included in the latest Léger poll were hypothetical voting intentions with either Peter MacKay and Erin O’Toole as CPC leader, and the results were underwhelming for both candidates. “Unnamed generic conservative leader” scored 29 per cent of voting intentions (against 36 per cent for the Liberals). With MacKay at the helm, the CPC polled at 28 per cent. With O’Toole? 26 per cent. (Neither Leslyn Lewis nor Derek Sloan were tested by Léger.) While these results remain fairly close (and within a reasonable margin of error), they also suggest there is little enthusiasm among voters for either candidate. We shall see soon whether the new CPC leader moves the needle at all.

Here are this week’s national seat projections. It appears all parties have gone back to square one: The Liberals win on average 160 seats and the Conservatives, 112. Seat projections for all parties remain fairly close to the 2019 election results:

Some readers could point out that the Liberals leading on average by four points nationally should yield a stronger seat projection for the LPC given it lost the popular vote by one point in 2019 and still pulled ahead in the seat count. This is a fair argument, but it also goes to show how incredibly efficient the Liberal vote was in the 2019 election.

With these numbers, the Liberals win the most seats in about nine out of 10 simulations performed by the 338Canada model:

Blanchet announced last week he would pull his party’s support of the government unless the Prime Minister and finance minister both resign. Although it may or may not have been a political bluff, these latest numbers suggest other parties—including the Conservatives—may not feel any rush to push Canadians to the voting booths this fall. Given current party standings, the Bloc and CPC alone cannot make the government fall.

The post-CPC leadership numbers should tell us more about the likelihood of a fall election. We shall see.

For complete projection numbers, including regional and district-level projections, visit the 338Canada website.