338Canada: The Conservatives are still not gaining where they need to

Philippe J. Fournier: While the Liberals show wear and tear, the Tories have yet to improve in key areas—among women voters, young urban voters, and in central Canada 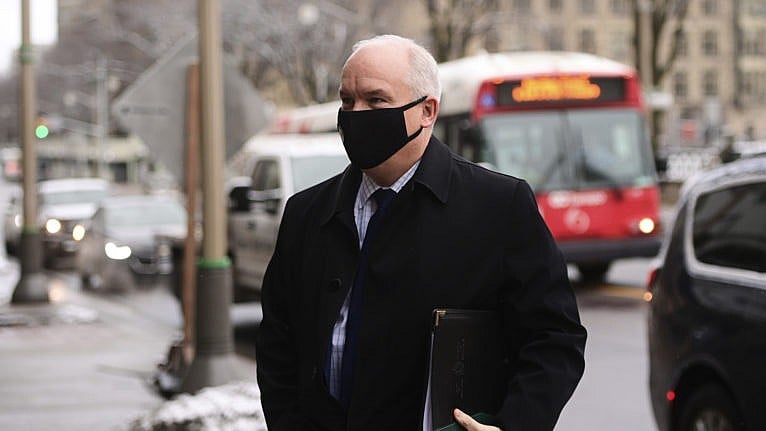 We are now one full month into 2021 and the cautious optimism many Canadians were feeling at the end of 2020 is certainly being tested. The vaccine rollout has slowed considerably in the second half of January, and many parts of the country remain in a lockdown (or partial lockdown). Ontario has recently imposed a stay-at-home order, and Quebec still has a strict province-wide 8pm curfew. While these measures seem to have had positive effects on the daily infection rates so far, the days when we can finally go back to “normal” (whatever that may be in the future) still appear distant on the horizon.

Consequently, satisfaction with provincial and federal governments will also be robustly tested in the coming weeks. According to the latest figures from the Angus Reid Institute, half of Canadian voters still approve of Justin Trudeau, including 85 per cent of Liberal voters and 62 per cent of NDP voters. We shall see in the coming weeks whether this latest bump on the vaccine road will hurt the governing Liberals.

Nonetheless, the Liberals may benefit from the current context by default because of the poor approval rating of their main rival’s leader. In its survey, Angus Reid measured that only 32 per cent of Canadian voters hold a favourable view of the Conservative leader—what essentially amounts to the CPC voter base—and 46 per cent hold an unfavourable view of Erin O’Toole. Not only was it the highest unfavourable rating among opposition leaders, but “negative views of Erin O’Toole are 11 points higher [than Andrew Scheer] at a similar mark in his term,” six months into his leadership, according to the Angus Reid poll report.

As for voting intentions, aside from minor (and natural) statistical fluctuations, the main parties are staying the course (see all federal polls here). According to the 338Canada model, the Liberals stand at an average of 36 per cent support nationally, five points ahead of the Conservative at 31 per cent:

There is a certain disagreement on where the NDP currently stands: In January alone, polls conducted with internet panels have measured national NDP support at 19 (Ipsos), 20 (Angus Reid) and 21 per cent (Léger). However, polls using IVR technology (or automated calls) have measured NDP support at notably lower levels: 14 (Mainstreet Research) and 15 per cent (EKOS). Nanos Research, whose polls use live callers, has the NDP closer to that second group (Nanos numbers are paywalled here). The 338Canada NDP average stands at 18 per cent.

Using these latest figures as well as their regional and demographic breakdowns, the 338Canada model still measures the Liberal as hands-on favourite in the national seat projection with an average of 166 seats, just below the 170-seat threshold for a majority:

The Conservatives sit at 110 seats on average, just below their 2019 election result of 121 seats. The Bloc Québécois’ and NDP’s averages stand at 30 and 29 seats, respectively. The Greens would be favoured to hold on to their three seats.

In the Prairies and Alberta, the Conservatives remain dominant (outside of Winnipeg), while the NDP and LPC are in a statistical tie for second place. We see a real three-way race in British Columbia, where only three points separate the Liberals, Conservatives and NDP.

Although the Conservatives are holding steady with their voter base, the fact that they have yet to gain any ground in Central Canada tilts the seat projection heavily towards the Liberals. As you can see below, while the national numbers show a narrow gap of only five points between the two parties, the Liberals win the most seats in 96 per cent of all simulations performed by the 338Canada model, making the LPC a 25-to-1 favourite if an election were held today:

In the graph below, we show the results of 10,000 simulations for the LPC (x-axis) and CPC (y-axis). Red dots are LPC victories, blue dots are CPC victories. Ninety-five per cent of all dots are located within the shaded oval:

Beyond the national and regional numbers, we will keep a close eye on some key demographics in the coming weeks and months, namely young voters and the gender split: while I dove into the youth vote in my previous column, what really struck the eye last week was the deepening gender gap in voting intentions.

The Angus Reid Institute measured the Conservatives ahead by 11 points among male voters, but trailing the Liberals by 20 points among female voters. Mainstreet Research’s latest numbers show similar patterns: CPC ahead by 5 points with men, but trailing by 19 points among women. EKOS Research Associates also had the CPC ahead by five points among men, but behind by double-digits among women. These contrasts have gotten starker since the 2019 election. Here’s a politics-fiction exercise: Using current numbers, if only Canadian men voted, the Conservatives would assuredly win the most seats, and would perhaps even get a majority. If only women voted, the Liberals would win a 200+ seat blowout election, while the NDP and CPC would battle for the role of official opposition.

In the aftermath of the 2019 election, many analysts pointed out the recipe for a return to power for the Conservatives: Improve their standings with younger urban voters, with women, and in Central Canada. Sixteen months since the 2019 election, despite electing a new leader and facing a government that shows signs of wear and tear, the Conservatives have yet to check either of these boxes. In short, the CPC has yet to gain ground where it needs to, and recent history shows the Conservatives cannot count on the Liberals tripping over their own shoelaces alone to win.