Philippe J. Fournier: Despite Liberal failures, the party's numbers are holding while the Tories haven't solved their Ontario problem 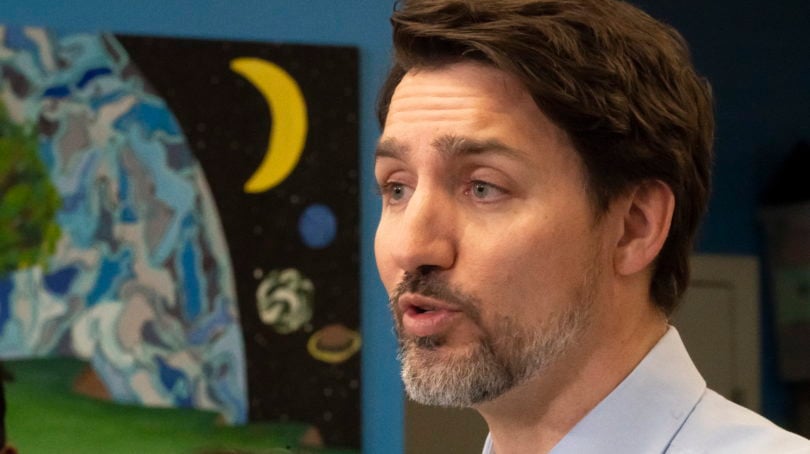 The First Nations’ barricades have quietly come down in the past week and, despite the inflamed rhetoric used by several prominent politicians over the course of the past month, it appears the federal government may have managed to weather this particular storm—just in time to face what seems to have grown into a global pandemic, with the COVID-19 virus spreading across the world’s borders.

Whether the government’s handling of the various First Nations’ territorial claims has been negotiated and handled appropriately has been the topic of myriad editorials and opinion columns in the past month. But has the federal Liberals’ response to the crisis changed the political landscape across the country? Several polls were conducted and published in recent weeks to take the pulse of Canadians on the matter. Here is a short recap:

We crunched these numbers in the 338Canada electoral model. Here are the national popular vote projections:

[On the graph above, the numbers indicate the 338Canada weighted averages and the coloured bars, the 95 per cent confidence intervals.]

The Conservatives and Liberals both stand roughly at 33 per cent nationally, a deadlock that hasn’t moved much overall since the election. According to these numbers, the Liberals may not have been hurt significantly over their handling of the First Nations protests, nor have the Conservatives been able to gain measurable traction from them.

In Quebec, the Bloc québécois and the Liberals are statistically tied for the lead. There were some disagreements among polls however: whereas Léger and Angus Reid showed the BQ first in the province, Campaign Research and Nanos still measured a close race between the BQ and Liberals. Here are the federal vote projections for Quebec:

Out west, British Columbia remains the most closely contested province with the Conservatives holding a narrow edge over the Liberals, but the NDP and Greens together gather more than a third of voting intentions. Here are the weighted averages for British Columbia:

Here are the national seat projections as calculated by the 338Canada model:

The Liberals win on average 145 seats and the Conservatives, 125. However, given the variance in recent polling data, the seat projection confidence intervals remain wide, and those of the LPC and CPC still overlap significantly.

Also, one may have noticed the NDP has recently polled at higher levels than its disappointing 2019 result: 19 per cent from Campaign, 20 per cent from Léger, and 21 per cent from ARI, which explains the NDP’s modest gains in the seat projections.

With the Bloc on the rise in Québec and the gap narrowing between the two main national parties, a majority government of any stripe would be highly unlikely with such numbers. The Liberals would remain roughly 3-to-1 favourites, but a modest swing against the LPC in Canada’s two most populous provinces could completely flip those numbers.

With the Conservatives’ leadership race well underway, we will follow closely how these numbers change over the next few months. MacKay’s pledge to take down the government as soon as he’s elected CPC leader may have been catnip to some Conservative supporters, but the reality is that, according to the numbers: 1) the CPC has not much improved its standings since last fall, and 2) the government has yet to trip on its own laces in any significant and measurable way. Moreover, even if the NDP and the Bloc wanted to go back to the polls in the fall—and that remains a big if—would MacKay really want to risk his own leadership and launch a general election on such uncertain ground?

For the sake of comparison, last year’s SNC-Lavalin saga hurt the Liberals and boosted the CPC numbers much more than the First Nations’ blockades did last month. In any case, Jagmeet Singh and Yves-François Blanchet are the ones holding the keys to the next general election—not the CPC leader, whomever ends up winning the party’s leadership next June.