The Conservatives keep falling behind: 338Canada

Philippe J. Fournier: The latest round of polling suggests the Tories are getting pulled down by an unpopular leader, putting the Liberals in solid majority territory 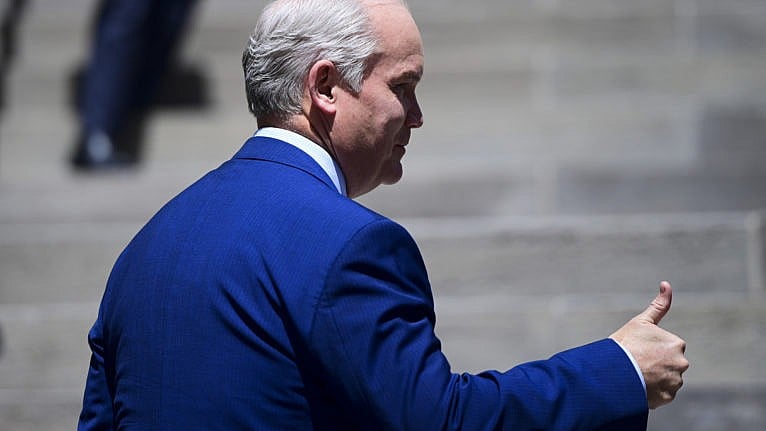 In what was probably the last round of federal polling until the summer break (and perhaps until the writ is drawn up in August?), numbers of late have shown the Conservative Party of Canada and its leader Erin O’Toole falling further behind the governing Liberals. In the second half of June (see complete list here), several polling firms have measured the LPC leading the Conservatives by double digits nationally, namely Mainstreet Research, Abacus Data, Ipsos, and Nanos Research (data paywalled here). Research Co. measures the Liberals leading by 8 points, while Léger sees a closer race with a four-point gap between the LPC and CPC.

In the latest federal poll from Ipsos / Global News, CPC support from coast to coast sank to a measly 26 per cent, including a dismal 27 per cent in Ontario and 23 per cent in British Columbia (behind both the Liberals and NDP in the province). In Alberta, where Andrew Scheer’s CPC won 33 of 34 seats with 69 per cent of the vote in 2019, Ipsos measures CPC support at only 38 per cent. While this subsample data may be somewhat of an outlier, poll after poll has shown that the CPC has lost ground in Alberta compared to 2019 (see data here).

Breaking down Ipsos’ results by demographics, we notice that the Liberals are leading among both men and women voters, as well as among all age groups. Among male voters, the Liberal Party leads the CPC by seven points (36 to 29 per cent). Among female voters, the Liberals take a 15-point lead over the NDP (40 to 25 per cent), with the CPC in third place two points behind the NDP (technically a statistical tie for a distant second place).

However, even more worrying for the Conservatives in Ipsos’ latest survey was the breakdown by age group. Among voters aged 55 years old and over, a demographic tranche with whom the CPC usually performs well, the Liberals hold a commanding 11-point lead over the Conservatives. Needless to remind readers that, should the CPC lose older voters by such a margin at ballot boxes this fall, the Liberals could potentially secure a decisive majority, one that would dwarf 2015 LPC victory.

Naturally, voting intentions alone do not tell the whole story. In Abacus Data‘s latest federal poll released last week, only 19 per cent of Canadian voters held a positive impression of CPC leader Erin O’Toole. O’Toole’s net rating (positive impression minus negative impression) was measured at minus-21, by far the worst score among federal leaders. For sake of comparison, Justin Trudeau stood at a minus-3 rating, while Jagmeet Singh lead the field with a plus-9 rating.

Earlier in June, the Angus Reid Institute (ARI) had measured similar ratings of federal leaders. ARI’s survey showed that 56 per cent of Canadian voters held an unfavourable view of Erin O’Toole, against 28 per cent who held a favourable view of the CPC leader—a net rating of minus-28. Research Co. also measured O’Toole with the worst approval numbers among federal leaders with an approval rating of minus-11.

Does this mean the writing is on the wall for the Conservatives? Of course not. A lot can happen this summer and one should not underestimate the odds of the Liberals tripping over their own shoelaces. However, a party whose leader holds significantly worse numbers than a sitting Prime Minister should be perceived as a severe underdog going into an election campaign. What all these numbers from various sources suggest is that the CPC brand remains far more popular than its own leader and that, in fact, O’Toole may be pulling his party downwards.

Analyzing federal polls since the 2015 election, one rule of thumb was that the CPC enjoys a hard floor of 30 per cent of national support—a floor higher than any other party at the federal level, including the Liberals. Yet, in 11 federal polls fielded in June, CPC support was measured between 26 and 30 per cent.

Indeed, in the past month, the 30 per cent mark has been the CPC’s ceiling, not its floor.

Nevertheless, in the aggregate, the main difference between current numbers and the 2019 election results is not in Ontario or Quebec, but in Alberta and the Prairie Provinces. If Erin O’Toole loses, say, 20 points in Alberta compared to Andrew Scheer’s 2019 results, it would not make a significant difference in the overall seat count (the Liberal Party could hope to win two or three urban seats in the province). However, and this is what the CPC leader ran on during the leadership race, O’Toole was supposed to boost CPC support in central Canada. It has not happened.

As we enter the summer pause with a fall election looming on the horizon, all this data suggests it is perhaps Jagmeet Singh and Yves-François Blanchet who may be standing in the way of a second Trudeau majority, not O’Toole.