338Canada: The end of the Liberals' pandemic bump

Philippe J. Fournier: While the Liberals still hold a solid lead over the Conservatives, a host of new polls shows the party beginning to shed support 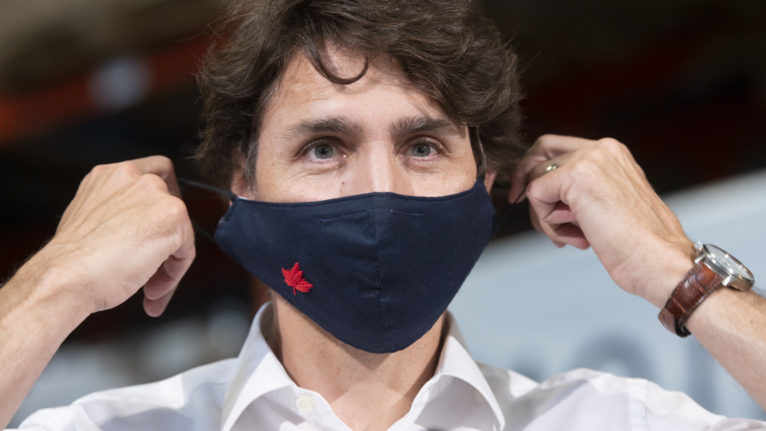 While many Canadians are taking much needed time off from work and/or their pandemic routines, the news cycle out of Ottawa has not slowed down one bit. The WE Charity stories alleging potential conflicts of interest with the Prime minister and Bill Morneau, the minister of finance, appear to be evolving daily.

One question on the mind of many is whether Canadians are actually paying attention. (And do they care?) No fewer than four new federal polls were published in the past week to measure the impressions of Canadians:

We add these latest figures to the 338Canada model and present today this updated electoral projection. All federal polls are listed on this page. For details on the 338Canada methodology, visit this page.

The Liberal Party remains on top of voting intentions with an average of 37 per cent nationally, seven points ahead of the Conservatives at 30 per cent:

The NDP has remained remarkably stable throughout the spring and summer and currently stands at 17 per cent. The Greens and Bloc are at 7 per cent each (the Bloc stands at 30 per cent in Quebec).

The regional breakdown of support still heavily tilts towards the Liberals: The LPC leads by an average of 23 points in Atlantic Canada, by six points in Quebec (over the Bloc), and by 11 points in Ontario. Additionally, the LPC currently leads a tight race in British Columbia—six points over the Conservatives and only 10 points over the NDP.

As for the Conservatives, they remain comfortably in the lead in Alberta and in the Prairies.

Here is the progression of national voting intentions since January 2020. We see the Liberals and Conservatives in a statistical tie throughout winter, and the Liberals taking the outright lead from April to July:

Has the pandemic/CERB bump in the polls come to an end for the Liberals? It certainly is a plausible hypothesis at this point in time, and we will know more in the coming weeks, but once again we must use caution with summer numbers, as several Canadians are on vacations and fewer voters usually pay attention to the news. Nevertheless, it appears the Liberals have indeed shed some support of late.

For the Conservatives, while they could rejoice in seeing their main rival slide for the first time since early spring, these latest numbers show the CPC has remained stuck at the 30 per cent mark (or below) since April. In short, the latest Liberal misfortunes have not yet translated into additional Conservative support. The new leader of the CPC will be elected in the second half of August, so it will be interesting to see what kind of bump—if at all—the CPC gets then.

In the national seat projection, the 338Canada model has the Liberals winning an average of 177 seats, just above the 170-seat threshold for a majority at the House of Common. Notice however that the confidence intervals show the real possibility of the LPC falling into minority territory.

From a purely political point of view, every sitting government in Canada has enjoyed surging support and increased satisfaction level to some extent since the COVID-19 pandemic reached Canada’s borders. The federal Liberals were no exception. But as the pandemic goes from a public health crisis to a financial one with billions and billions of dollars of projected deficits, which governments across the country will keep voters on their side to weather the storm ahead? And will the WE Charity stories coming out on an almost-daily basis of late further hurt the Liberals in the eyes of voters?

This fall’s parliamentary session should be interesting to say the least.

For complete numbers of this 338Canada federal projection, including regional and district-level projections, visit 338Canada.