Philippe J. Fournier: While Canadians still mostly approve of their political leaders, a spring federal election may hinge on a smooth vaccine rollout 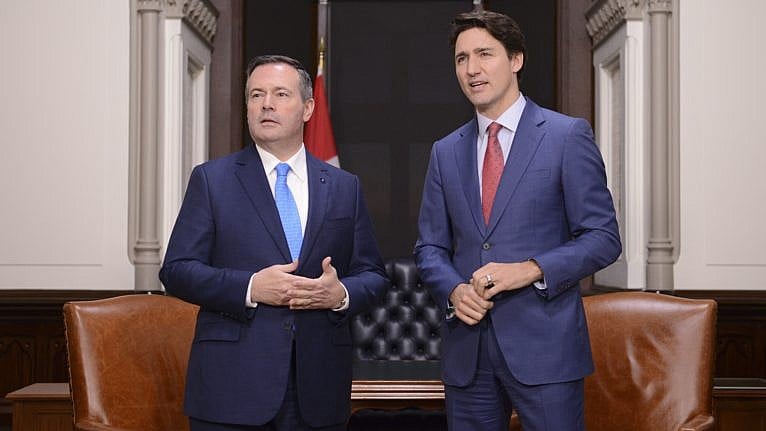 Although many Canadians will be restricted to visit loved ones during the upcoming Christmas/Holiday break, reports from the scientific community indicate the end of the pandemic might come sooner rather than later. In a recent column in Nature, science writer Asher Mullard stated that “Counting up all vaccine deals per capita, Canada leads the pack, with nearly nine doses per person”, and added a quote from Dr. Andrea Taylor of Duke University’s Global Health Institute: “Canada has done exactly what we would expect a high-income country to do, and they’ve done the right thing by their country.”

While there remains uncertainty on the timing of this mass vaccination program and how it will unfold in Canada throughout 2021, such news should help many Canadians feel some cautious optimism for 2021.

As for Canadians’ impressions of their governments’ handling of the COVID-19 pandemic, several polls published in the past weeks indicates there is still general strong support for Canada’s elected officials, with a few notable regional exceptions.

We add these polls and many others to the 338Canada federal model and present today this projection update. As usual, all federal polls may be found on this page. For details on methodology, visit this page.

Nationally, the Liberals get an average support of 35 per cent and maintain a modest, but stable lead over the Conservatives, which stand at 31 per cent. The NDP currently sits at 18 per cent, marginally higher than its October 2019 election result:

[On the graph above, the coloured bars represent the projection’s 95 per cent confidence intervals and the black dots, the 2019 federal election results.]

Notice on the graph above, however, that each party’s 2019 result is well within the projection confidence intervals. Aside from the Liberals’ spring and summer pandemic bump, federal numbers have barely moved all year:

As is often the case, the regional numbers give a better picture of where the main parties stand:

Seat-wise, the Liberals remain in front with an average of 164 seats, just under the 170-seat threshold for a majority in the House of Commons. The Conservatives stand at 113 seats on average:

Assuredly, the focus of early 2021 will centre on how, and how soon, Canadians will be administered the COVID-19 vaccines. Ottawa may have already purchased more than its share of vaccines, but the logistics of this mass vaccination—and to what extent provincial and federal authorities will coordinate their operations—will be a test for many elected officials in this country.

If vaccinations do begin early in 2021 (we should assume that health workers and senior citizens will be first in line), and the rollout goes mostly smoothly throughout winter and into the spring, the Liberals could be tempted to try to take advantage of this unique situation and trigger a spring election to regain a majority—perhaps even before the ominously historic budget is tabled by Finance Minister Chrystia Freeland.

On the other end, should there be massive delays in the rollout and increasing bickering between provinces and the federal government, it could be the opposition parties that smell Liberal blood in the waters. Nevertheless, while the Conservatives would probably get most Bloc MPs on board for a snap election, it would once again fall on Jagmeet Singh’s party to rescue the Liberals on a confidence motion—unless Justin Trudeau decides to push all his chips in the pot for one last kick at the can?

And therefore how efficient the vaccine rollout goes could very well decide the fate of this 43rd federal parliament. We here at 338 HQ will continue to track all the numbers to try to accurately paint the political landscape in Canada. Even though the second wave is hitting the country much harder than did the first, there should be optimism in the air for 2021. It will not be boring for sure. Stay safe out there, dear readers.