While the Conservatives bicker the Liberals open their lead: 338Canada

Philippe J. Fournier: The Conservative leadership race is back, and not looking good on the party. A new seat projection suggests it may be taking its toll. 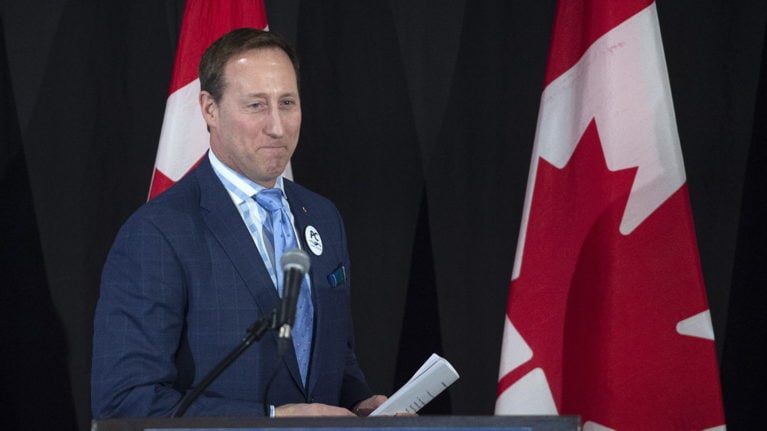 Sometimes polling data takes you by surprise. It may show results that appear at first to be contrary to the current narrative regarding a leader, a party or an issue in the news. When this happens, such data can help us reconnect to what voters really think of an issue, and sometimes makes us realize that voters are far more split on said issue than what a vocal minority on social media would want us to believe.

However, last week was not one of those weeks.

In the past few days, we saw Derek Sloan duck out of an apology to Canada’s Chief Public Health Officer after reports that the Ontario CPC caucus threatened to remove him—and, hence, also disqualify Sloan for the CPC leadership. Lanark–Frontenac–Kingston MP Scott Reid tweeted a thread that expressed his discontent that details of the meeting were leaked to the media, and indirectly put the blame on Sloan’s leadership opponent campaign teams:

Only MPs attended the mtg. So there are two ways this information could have leaked: 1. An MP leaked directly to media; 2. An MP told a Leadership Campaign team, which decided that a leak could help their guy win, and therefore contacted media. 5/9

Earlier last week, a conservative hyper-partisan website closely connected to Erin O’Toole’s campaign published details of a “poll” which indicated that presumed front-runner Peter Mackay did not have the support of enough second-place votes to win the leadership, and that O’Toole could be on its way to win the CPC leadership on the second ballot. Shortly after, MacKay attacked O’Toole in a fundraiser email which reminded readers that O’Toole had voted for an equal-rights bill for transgender people back in 2012.

The next day, we learned that Peter MacKay had issued a libel notice to the aforementioned website through legal counsel.

A political party’s internal bickering—any party—seldom yields positive reviews in the eyes of the voting public, and recent polling has indeed measured a slide for the Conservative Party to the benefit of Justin Trudeau’s Liberals. Here is a short recap:

Here are the latest weighted national averages calculated by the 338Canada model (the list of federal polls can be found here). The Liberals lead the field with a polling average of 38 per cent. The Conservative stand at 30 per cent support:

Here are the projected averages of all main parties since January 2020. We notice that, for most of pre-pandemic 2020, the LPC and CPC were in a statistical tie, but the Liberals have since widen the gap:

In Quebec, the Liberals and Bloc lead the field with 37 and 32 per cent respectively on average:

In Ontario, the Liberals have opened their lead over the Conservatives by as much as 16 points on average:

Here are the latest seat projections using the above numbers:

The Liberals are projected at an average of 184 seats, almost double the total of the Conservatives. The Bloc holds its own in Quebec with 32 seats. The NDP and Greens remain near their 2019 election results.

We must always use caution when attempting to link cause-and-effect between news cycles and poll numbers. However, while the pandemic has occupied most of the media attention in the last two months, it also completely took the air out of the CPC leadership race just as the leadership candidacy period was coming to an end. Only four candidates qualified for the final stretch: Peter MacKay, Erin O’Toole (both seen as front-runners), as well as social conservatives Derek Sloan and Leslyn Lewis, whose supporters are most likely to play king makers rather than elect the victor. Therefore, it should not be surprising—from now until the leadership race ends in August—to see both MacKay and O’Toole exhibit their uncompromising conservative credentials to an audience whose values, according to polling data, are not quite aligned with a majority of Canadian voters.

To wit, back in January I wrote an analysis of a Léger poll showing the risk facing the CPC should it choose to pander to its social conservative base. Numbers regarding abortion, same-sex marriage and religious values, to name a few, all pointed towards the same conclusion: to grow its base of voters, the Conservative Party would be far better positioned with a moderate, centre-right, leader.

Yet, in recent weeks, it appears the Conservatives have been going after the 1.6 per cent of voters who sided with Maxime Bernier’s PPC last fall instead of trying to appeal to the centre of the political spectrum—where most accessible voters can be found.

In other words, the CPC may be on the path of doubling down rather than adjusting.

The point is not that this strategy cannot work—we do not know that—but it sure appears much riskier for the CPC to leave this much space to the Liberals near the centre.