338Canada: Who leads among young voters? The NDP.

Philippe J. Fournier: When young people turn out to vote—like they did for the Liberals in 2015—they can be the difference between victory and defeat 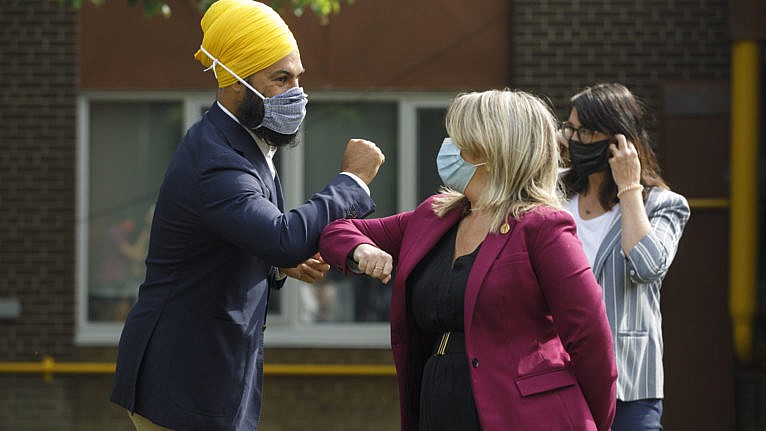 We do not have to go too far back in time to see the impact young voters can have in the results of an election in this country. In the 2011 federal election, when Stephen Harper’s Conservatives won their majority in the house of Commons (166 of 308 seats), the turnout from voters aged 19-24 years old was estimated at merely 39 per cent by Elections Canada. You read this right: Six out of 10 voters under 25 years old did not vote in 2011.

Four years later, when Justin Trudeau’s Liberals came from behind from third place to win their 184-seat majority (in a 338-seat House), turnout from that same demographic segment jumped by almost 20 points to 57 per cent. According to Elections Canada, it was “the largest increase for this age group since Elections Canada began reporting demographic data on turnout in 2004.” Yet, between these two elections, the turnout from older demographics increased only marginally: From 72 to 73 per cent among 55-64 year-olds, and from 75 to 79 per cent among 65-74 year-olds.

Leading among younger voters is therefore a double-edged sword for any political party: While this theoretical support does inflate a party’s national numbers in the polls, it also means it could very well underperform its polls on election night if young voters are not motivated enough to, well, bother voting.

Readers who follow voting intentions and approval ratings on a regular basis will have noticed how remarkably stable the federal numbers have remained since August 2020. The Liberals still lead the Conservatives by an average of three to seven points in the national horserace. Regionally, the Conservatives have not gained ground where they badly needed since their 2019 electoral defeat: While the CPC still outperforms its rivals in Alberta and the Prairies, it trails the Liberals in Ontario by double-digits, and still sits a distant third in Quebec behind the LPC and the Bloc Québécois. Hence, according to the latest numbers, the Liberals currently hold a massive edge in the seat projection with an average of 170 seats, while the Conservatives’ average stands at 104 seats.

As for the NDP, I wrote a federal projection for Maclean’s right before the Holiday break that showed the NDP on an incremental uptick to end 2020. Instead of ranging between its usual 14-to-16 per cent average, the NDP polled in the high teens and low 20s nationally (and as high as 23 per cent in a mid-December Léger poll). Since the New Year, the NDP has polled at 20 and 21 per cent (Léger), 19 per cent (Ipsos), and 17 per cent (Abacus Data):

[On this graph, individual dots depict all of the publicly-available polls since January 2020. Shaded areas indicate each party’s popular projection according to the 338Canada model.]

While this gain in support for the NDP remains modest, it also appears to have lingered for several weeks now. By digging a little deeper into the polls’ subsamples, we notice the recent rise of NDP support cannot be attributed to one single regional subset, but rather to a specific demographic segment of the electorate: Young voters.

Although this should come as no surprise, as students and young people entering the workforce often tend to lean towards left-of-centre parties, these latest numbers from Léger have caught my eye. Here are the national voting intentions of voters aged 18 to 34 years old in the latest Léger national tracker :

Do not adjust your screen colors, it is indeed the NDP leading the Liberals by 11 points. Naturally, one must use caution when analyzing polls’ subsample because they have higher uncertainty. Nevertheless, in the previous Léger poll two weeks ago, the NDP stood at 34 per cent among young voters, in a statistical tie with the Liberals at 33 per cent. Conservative support among this group remained mostly unchanged (22 per cent this week, 21 per cent two weeks ago). In other recent polls, both Ipsos and Abacus Data had the Liberals leading the younger vote over the NDP but by a margin smaller than the subsample’s uncertainty.

In all cases, the Conservatives were a distant third among young voters.

For the sake of comparison, here are the numbers for 35-54 year-old voters from the same Léger poll:

The Liberals stand alone in first place 14 points ahead of the Conservatives (well beyond the subsample’s uncertainty range). The NDP falls to 18 per cent, just below its national average.

With the older demographics of 55+ years old, the Liberals and Conservatives are in a statistical tie with 39 and 35 per cent, respectively. As for the NDP, it sits at only 13 per cent support with older voters.

Political scientists have studied the reasons behind low turnout of young voters for years now, and this remains a complex (and fascinating) issue to dig into. Nonetheless, it is clear from the available data that both Jagmeet Singh and Justin Trudeau will have to make sure younger voters remain politically engaged and motivated enough to show up at the voting booths should an election be held in the near future.

For the Liberals, a high young voter turnout could be the difference between a majority or a minority—or even between victory and defeat.

For Jagmeet Singh and the NDP, considering the party barely polls in double-digits among older voters (13 per cent in recent Léger and Ipsos polls, 12 per cent according to Abacus Data), it needs a stronger showing from the younger voter base more than any other party. Without young Canadians voting in droves in the next election, the party could potentially lose a significant fraction of its current seat count (24) and risk falling below the official party threshold of 12 seats.