A Canadian flag in front of every mosque 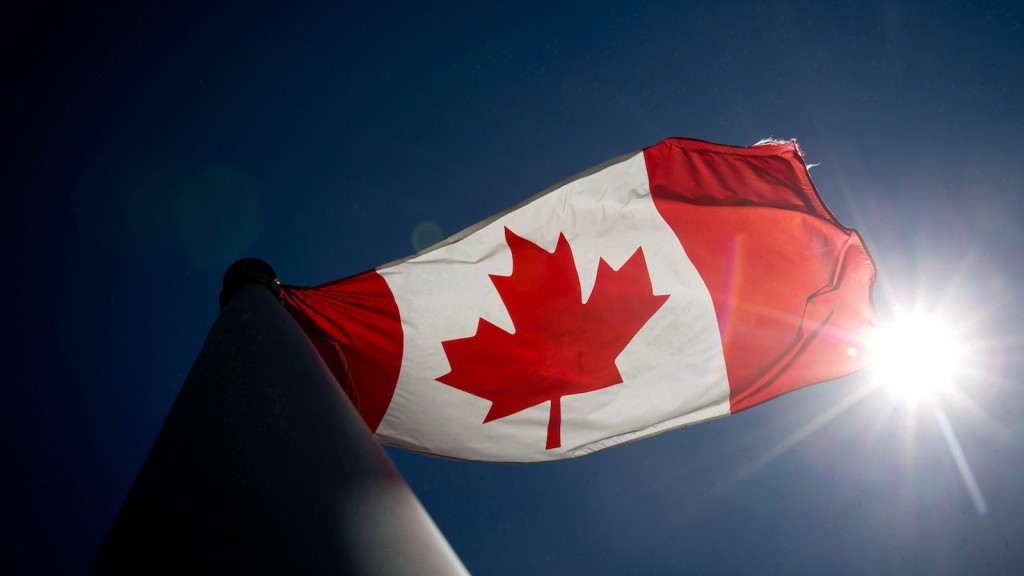 A Canadian flag flies in the wind at Granville Island in Vancouver, B.C., on Monday June 30, 2014. A Canadian flag was removed from a Manitoba advance polling station over the weekend because a worker felt it violated election rules. THE CANADIAN PRESS/Darryl Dyck

Jawad Rathore wants to see a big Canadian flag flying from a prominently positioned flagpole in front of every mosque in the country to send the simple message that Muslims are proud Canadians.

The real estate development executive pitched the idea this week in a suburban Toronto banquet hall to a crowd of about 700 supporters of the Canadian-Muslim Vote, a non-partisan organization that made its mark by campaigning to boost turnout among Muslim voters in last fall’s federal election.

But Rathore took the podium earlier and proved a hard act to follow. The 39-year-old chief executive of Fortress Real Developments, father (as he mentioned more than once) of six children under seven, is a massively built six foot three. His exuberant speaking style is as hard to ignore as his physical presence, and he offered an upbeat overview of the place of Muslims in Canada today. “For the first time ever, it’s kind of cool to be Muslim,” he proclaimed, arguing that every outburst of anti-Islamic bigotry tends to be followed by even more forceful statement of support for the Muslim community from sympathetic non-Muslims.

From our podcast: Listen to John Geddes in conversation with Jawad Rathore

Still, Rathore proposed that Muslims should send a clear signal of patriotism by flying the Canadian flag in front of their mosques. In an interview with Maclean’s, he framed the initiative as a natural follow-up to the group’s push to boost the Muslim vote. (The Canadian-Muslim Vote points to exit polls that suggest the percentage of voting-age Muslims who cast a ballot might have soared to 79 per cent in the 2015 election, from an estimated 46.5 per cent in 2011.)

“We thought this would be a great opportunity,” Rathore said. “As we talked to the Muslim community about the most Canadian thing you can do, which is to vote, we [wondered], ‘What else can we do to engage with the community?’ And that’s where the team came up with this really exciting idea of getting big Canadian flags in front of every mosque across Canada.”

Although Rathore sees a high level of acceptance of Muslims in Canada, he doesn’t deny his community remains misunderstood by too many. “There’s a sense when you talk to people about Islamophobia, or even just people’s general unawareness of Islam, they think because of some of the things they see and hear that Muslims choose to exclude themselves, that Muslims choose to segregate themselves,” he said. “Nothing could be further from the truth.”

He said most Muslims want to be seen as part of the Canadian social fabric. “Nothing really says that more than a Canadian flag going up,” he said. “Sometimes the simplest medium is the most effective one.”

Rathore brings a business branding perspective to the image challenge facing Muslims. Fortress Real Developments, headquartered just north of Toronto, has real estate projects under way in six provinces. “You look at some of the big U.S. brands that have come north of the border, and Wal-Mart is one of the big examples: at every supercentre they have there is a huge Canadian flag,” he said.

“When they were coming up here, there was the usual rhetoric about ugly Americans, and Wal-Mart made the very simple gesture of saying, ‘We recognize that we are not seen as being from here, we’re outsiders, we’re strangers, and we are coming to Canada’—and they erected these huge flags.”

At the Eid dinner, Rathore showed slides of major mosques, then clicked to the same photos adorned with rudimentary illustrations of Canadian flags flying in front of them. It wasn’t high-tech, but it seemed to convey what he has in mind. In the 24 hours after the dinner, he said groups called, emailed and texted with offers to sponsor 55 flag poles at mosques. His company will pay for the first 10, though.

The Canadian-Muslim Vote plans to take the next few weeks to figure out how to proceed, Rathore said, and hopes to start putting up flagpoles in September or October.