A complicated path forward for the Assembly of First Nations 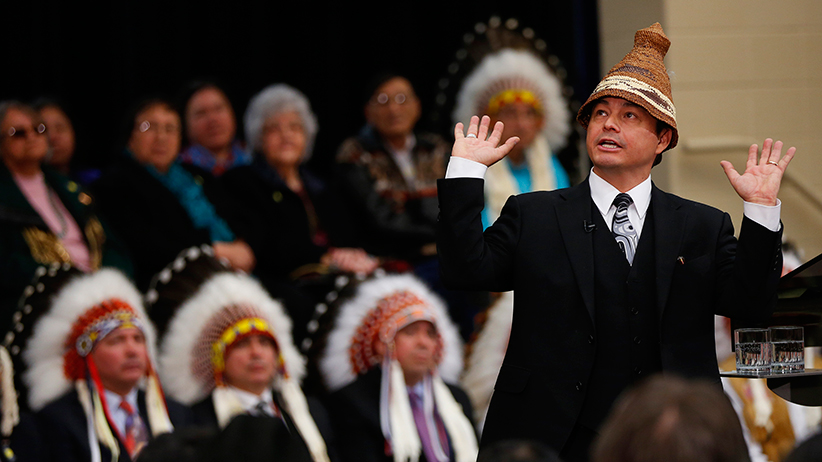 This should have been a summer of rising confidence among First Nations leaders. After all, Native economic clout in Canada has recently received a couple of big boosts. It was clearly acknowledged in the way the federal cabinet granted only tentative approval on June 17 to Enbridge Inc.’s proposed pipeline across northern British Columbia, when Natural Resources Minister Greg Rickford stressed the need for the company to do more work to “engage with Aboriginal groups,” along with other communities, on the Northern Gateway route. Less than two weeks later came a landmark Supreme Court of Canada decision that clarified important First Nations economic rights over territories that are the subject of unresolved land claims.

But these affirmations of Native power—especially over resource projects near their communities—come at a time when the country’s most prominent First Nations organization is in no position to assert itself. In fact, the Assembly of First Nations, the Ottawa-based advocacy group representing the chiefs of some 633 reserves across Canada, has rarely seemed less certain of its precise role. This summer, the AFN is preoccupied with trying to heal internal rifts and change the way it operates after a crisis that came to a head back in early May with the unexpected resignation of Shawn Atleo as its national chief.

Atleo, a hereditary chief from Vancouver Island, was twice elected to the AFN’s top job in hotly contested races. But he never really silenced internal opposition, and his rivals finally forced his exit over the way he negotiated an agreement for the AFN to support Prime Minister Stephen Harper’s reform of on-reserve schools under Bill C-33, the First Nations Control of First Nations Education Act. After Atleo was unable to make the deal stick, and he quit over the issue, the government put Bill C-33 on hold—and announced that $1.9 billion in planned new funding for Native schools wouldn’t flow in the face of the AFN’s rejection of the reforms.

That left the AFN facing hard questions at its mid-July annual confab in Halifax. The chiefs who gathered there passed a motion calling for the AFN executive, along with education and political specialists, to meet again soon, likely in early August in Ottawa, to decide on how to proceed on the thorny education file. Several chiefs told Maclean’s the main goal is to hammer out a way for the AFN to bargain with Ottawa that leaves much more room for local and regional differences on how First Nations run schools, compared to the national framework agreed to by Atleo.  Jody Wilson-Raybould, the AFN’s regional chief for B.C., said any new round of talks with the federal government must “engage all of our nations and respect regional diversity that exists across the country on educational initiatives.”

The notion of the feds negotiating with the AFN leadership, but somehow allowing side deals and exceptions for regional First Nations groups, or even for individual communities, seems, at best, unwieldy. “It’s not possible for the Aboriginal affairs minister to engage with 633 First Nations—we understand that,” said Chief Joe Miskokomon, an AFN veteran from southwestern Ontario. Miskokomon suggested that the key to any future talks succeeding is for the national AFN leadership to establish better “communications lines” to keep regional and local chiefs informed as negotiations progress. This concept of a more decentralized AFN, with regional and local chiefs retaining more authority, isn’t limited to the education file. After their Halifax meeting, the chiefs declared they would “fully review the way the AFN is structured and operates to ensure it evolves and adapts, as First Nations rebuild their nations and assert their sovereignty and jurisdiction.”

As the AFN tries to change its ways, the real action on Aborginal affairs appears to be shifting to the actions of determined local communities. That June 26 Supreme Court decision on Aboriginal title was won, after a long legal struggle, by the six Tsilhqot’in bands near Williams Lake, B.C., whose total population is only around 3,000. Meanwhile, court challenges to the Northern Gateway pipeline have been launched by several small First Nations. “The feds are going to have to figure out a new approach to consultation on the local community level,” says Christopher Devlin, a Victoria lawyer who specializes in Aboriginal law. Indeed, with national negotiations stalled as the AFN reorganizes and prepares for a five-month campaign to elect a new national chief, the Harper government may have little choice but to turn its attention to building relationships with newly confident First Nations leaders in their own communities.