A disturbance in the Throne Speech continuum

For comment on the Governor General's contribution to the Speech from the Throne, we turn to a professor of philosophy of physics 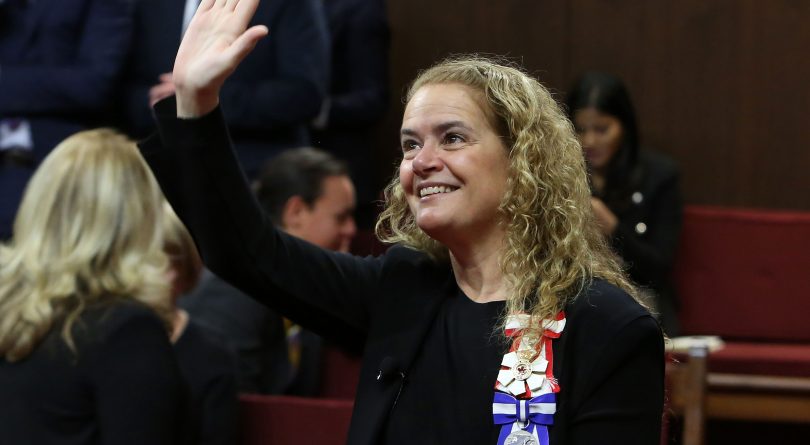 Governor General Julie Payette waves to the gallery as she waits to deliver the Throne Speech in the Senate chamber, on December 5, 2019 in Ottawa. (Photo by Fred Chartrand / POOL / AFP) (Photo by FRED CHARTRAND/POOL/AFP via Getty Images)

Along with all the expected lines about strengthening the middle class, fighting climate change and reconciling with Indigenous peoples, today’s Speech from the Throne included a distinctive rhetorical flourish, courtesy of Governor General Julie Payette, former astronaut and now the Queen’s representative in Canada.

“We know that we are inextricably bound to the same space-time continuum and on board the same planetary spaceship,” Payette said in a preamble of her own devising, before moving on to reading the Liberal government’s comparatively straightforward plans for Parliament’s new session.

For many Canadians, the term “space-time continuum” is familiar only from science fiction. There’s an episode of Star Trek: The Next Generation, for instance, when Lieutenant Worf says, “It is a highly localized distortion of the space-time continuum,” and he’s not referring to a siting of Pierre Poilievre.

But was Payette talking sci-fi or something closer to actual sci? Prof. Christopher Smeenk, an expert on the history of science and the philosophy of physics at Western University, who was not on the list of experts Maclean’s had anticipated asking about the Throne Speech, said “space-time continuum” is a perfectly respectable scientific concept.

READ MORE: The Throne Speech: More will be done

It goes back to a 1907 paper by Hermann Minkowski, a German mathematician who was one of Albert Einstein’s teachers. Einstein’s famous 1905 relativity theory describes the world as a four-dimensional space-time continuum. Minkowski showed that his former student’s revolutionary idea could be understood in geometric terms.

Of course, the idea that space and time are part of the same continuum is hard for non-physicists to grasp. “One way of thinking about it is that objects are imbedded within this continuum,” Smeenk said. “So, you can think of the objects occupying different locations, and then the continuum is like the space between them. It gives you a sense of where they are. The continuum is what’s left over if you took all the objects away.”

That makes it sound as if the space-time continuum is entirely separate from all the stuff in the universe. But Smeenk said that’s a point philosophers of science debate. One way of thinking about it is that “objects aren’t themselves space-time, but they’re in space-time.” Another way, though, is to conceive of space-time as more like the way everything is ordered.

I asked Smeenk what he thought about the way Payette alluded to this deep, difficult idea. “I was quite shocked that it had come up in a throne speech, quite honestly,” he said, but added: “It seems a little superfluous, but it does sort of emphasize the connectedness, that we’re all in the same space.”

MORE ABOUT THE THRONE SPEECH: