A 'final attempt' to save Confederation 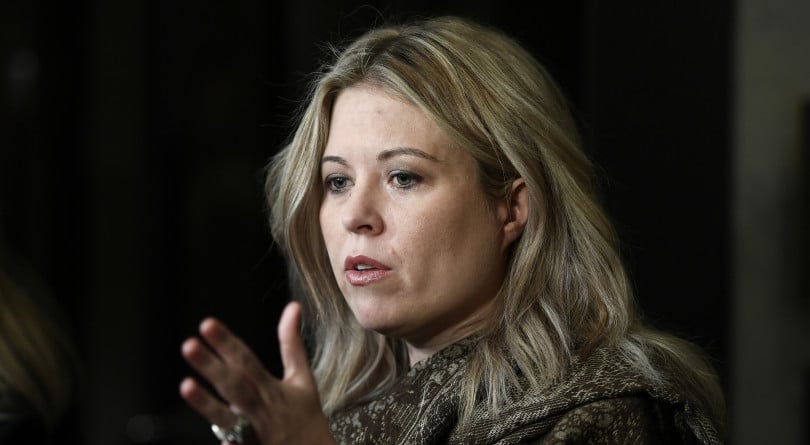 Conservative MP Michelle Rempel Garner speaks to reporters as she arrives for a Conservative caucus retreat on Parliament Hill in Ottawa, on Friday, Jan. 24, 2020. (Justin Tang/CP)

When Andrew Scheer urged Justin Trudeau this week to “direct the RCMP” to end blockades strangling the nation’s railways, Trudeau and his public safety minister, Bill Blair, said they would not interfere in police operations. Indeed, the Supreme Court ruled in 1999 that police independence “underpins the rule of law.”

Yesterday, the RCMP—without being ordered—offered to pull up its stakes from Wet’suwet’en territory in northern British Columbia. Trudeau, calling the blockades “unacceptable,” also met with his cabinet on the way forward. His two Indigenous affairs ministers, Marc Miller and Carolyn Bennett, have pledged to meet Wet’suwet’en hereditary chiefs “at a moment’s notice.” Trudeau also briefed the premiers over the phone, as they’d requested a day earlier.

Still, the crucial Tyenindaga blockade remains in place. MPs debated a Conservative motion that condemned “radical activists” who are “holding the Canadian economy hostage”—and called on the House to stand in solidarity with elected band councils along the Coastal GasLink route that support the pipeline. A vote on the motion was deferred until Monday. Will the blockades have come down by then?

Will Justin Trudeau sleep while Canada’s beds are burning? As rail disruptions have dragged on, Andrew MacDougall writes in Maclean’s, it’s become clearer that Trudeau’s desire to cheer on reconciliation, economic prosperity and rule of law is increasingly untenable. He has to make tough choices, but not impossible ones:

You want an off ramp? Start by separating the issues out instead of lumping them together. Draw clear lines. Enforce the law while setting up whatever safe space you need to have the dialogue most Canadians thought was already hard-wired into the law. Most importantly, explain to the protesters that civil disobedience has historically resulted in consequences. Indeed, that’s the bloody point of civil disobedience: get locked up to demonstrate the horribleness of the system. Divorced of consequence civil disobedience is anarchy, tarted-up.

So, what’s on the PM’s agenda today? Last night, word came that Trudeau would convene his Incident Response Group. On the agenda: “the current blockades, support for families of victims of the Ukraine International Airlines tragedy in Iran and the coronavirus situation.” In other words, every crisis that has seized the government’s agenda so far in 2020.

The Buffalo Declaration: Four Conservative MPs have drawn a line in the sand on Alberta’s place in Canada. Michelle Rempel Garner, Blake Richards, Glen Motz and Arnold Viersen co-signed a declaration that calls on the federal government to fundamentally alter the western province’s power in Ottawa. They say eastern elites have treated Alberta as a “colony.” On Twitter, Rempel Garner positioned the bold plan as a “final attempt to make us an equal partner in Confederation.” The alternative, made explicit in the declaration, is that “a referendum on Alberta’s independence is an inevitability.”

Natural Resources Minister Seamus O’Regan is in St. John’s today, where he’ll announce funding from the Ocean Supercluster at Memorial University. Recall the billion-dollar “innovation superclusters” initiative that Liberals launched with much fanfare and high hopes in 2017, intending to create 50,000 jobs over 10 years—but, according to internal documents first obtained by Blacklock’s Reporter, didn’t create a single job in 2018.

Foreign ministers from the anti-Maduro Lima Group emerged from a meeting in Gatineau, Que., with a message to the world: “Join us in supporting a democratic future for Venezuela,” reads a statement. “The world needs to come together to stop the human tragedy in Venezuela.” The ministers said they’re now launching an “intensive period of outreach” to like-minded nations.

“I want to give a shout-out to the NDP”: That’s a direct quote yesterday from Deputy Prime Minister Chrystia Freeland, who praised the New Democrats for agreeing to fast-track the new-NAFTA bill in exchange for increased transparency during future trade negotiations. Freeland said the NDP showed “political maturity” and “understand the value” of economic certainty. Someone tell the John Turner and Ed Broadbent of yore that their two parties would lay down their swords on free trade.

Half-mast versus half-staff? Our friends at the Senate have come to the rescue. They’ve settled Canada’s most pedantic grammatical debate, period, full stop. Every so often, “half-staff” sneaks into common usage to describe a flag only halfway up the pole. But as the upper chamber reminds us, only “half-mast” is officially a thing in Canada. Half-staff is more of a Yankee tradition. And now you know.