A gun registry? No. Yes. No. Martin Patriquin on Mulcair's flip-flops 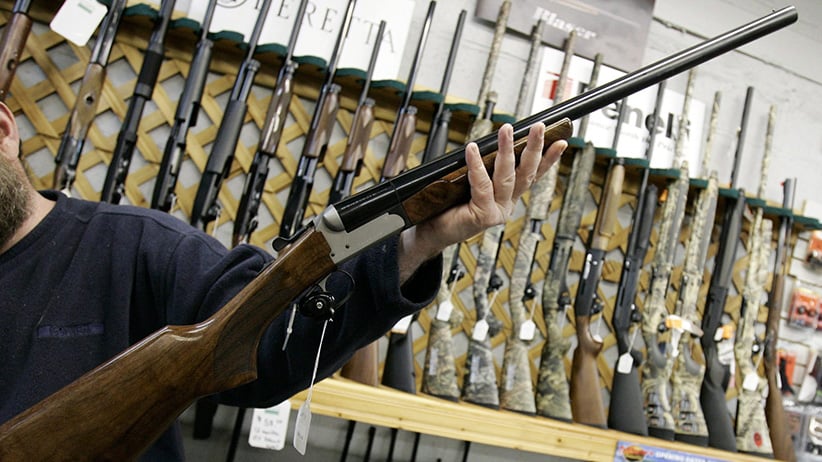 Glenn Thibeault says he was never the biggest fan of NDP Leader Thomas Mulcair. Yet the erstwhile NDP MP, who represented the federal riding of Sudbury before jumping to the Ontario Liberals last December, says he would have likely stuck it out with the NDP had it not been for the guns. Specifically, Mulcair’s waffling on the country’s long-gun registry.

The NDP vowed to not revive the provisions in Canada’s Firearms Act compelling Canadians to register their rifles and shotguns, which the governing Conservatives abolished in 2012. This part of the act was an abiding thorn in the side of NDP’s northern, working-class supporters, and for the most part the party wasn’t disappointed to see it go. “The registry’s not coming back,” as NDP public safety critic Randall Garrison told Maclean’s last December.

Mere days later, however, Mulcair announced that the NDP would seek out a “light” gun registry, which would strip out the cumbersome bureaucracy but would nonetheless “trace all firearms in Canada.” His chosen language was as significant as his timing: Mulcair said as much in French, days before the 25th anniversary of the killing of 14 women at Montreal’s École Polytechnique. The likely reason: the long-gun registry remains popular in Quebec, where the NDP has 54 of its 95 seats.

Much of his caucus groaned; Thibeault decided to bolt. “Doing one thing in Quebec and then doing another thing outside of it was just enough for me,” Thibeault says today, calling Mulcair’s apparent reversal “a complete disregard for the [NDP] caucus.” 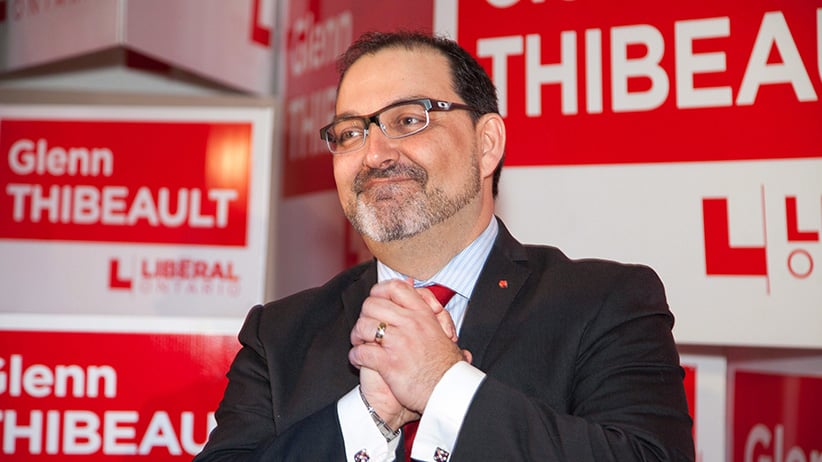 Is Thibeault’s sortie a bit of well-timed political brinkmanship against his former boss? Perhaps. His new leader, Kathleen Wynne, is actively supporting Justin Trudeau’s Liberals, after all. Yet Mulcair’s apparent contradictions on issues as fundamental as gun control is fast becoming a source of partisan attacks on the man who may become this country’s 23rd prime minister. Apart from gun control, Mulcair’s lengthy career as a lawyer and provincial politician in Quebec is studded with views and principles that seemingly put him at odds with the party he currently leads.

Mulcair first rose to prominence in Quebec as a lawyer for the anglo rights group Alliance Quebec. His tenure there is marked by his fight against the provisions of Bill 101, Quebec’s language law, forcing business owners to have French-only signs. In 2011, as an NDP MP, Mulcair advocated for this very law to be applied to federal institutions in Quebec territory.

In 1994, shortly after his election as a Liberal MNA, Mulcair denounced the political interference of Quebec’s powerful union movement, saying it “was interfering with the rules of democracy.” Last month, Mulcair declared he was “extremely proud” that the FTQ, Quebec’s largest and arguably most powerful union federation, essentially endorsed the NDP in the coming election.

Mulcair has also expressed his admiration of former British prime minister Margaret Thatcher. Britain’s Labour government in the 1980s “had its nose in everything,” Mulcair said in Quebec’s National Assembly in 2001, as quoted in Hansard. Under Thatcher, who even in death remains bête noire of the British left wing, the Hansard transcript says Mulcair went on to say: “A wind of freedom and liberalism blew through England, and instead of being one of the most under-performing countries in all of Europe, it became one of the best-performing.”

In 2004, when he was Quebec’s environment minister, Mulcair advocated for the export and sale of bulk water from Quebec. Keeping water in the beds of the province’s rivers was akin to “saying we have to leave all of Quebec’s trees in the ground,” Mulcair is quoted in the minutes of a parliamentary committee. This, despite a federal ban on bulk water sales put in place in 1985, as well as a raft of studies suggesting the bulk removal of water was environmentally problematic.

There are apparently limits to how much the NDP will bend to the will of its leader, however. Despite Mulcair’s pledge to bring it back, rural NDP MPs can rest assured that there will be no further gun control legislation enacted by an NDP government. “There exists many ways to work with police to ensure they have the necessary information to work safely without a [gun] registry,” says Viau.