A matter of life and death

As Harper draws in high-profile help to invest in maternal and child health, a complex story emerges from the developing world 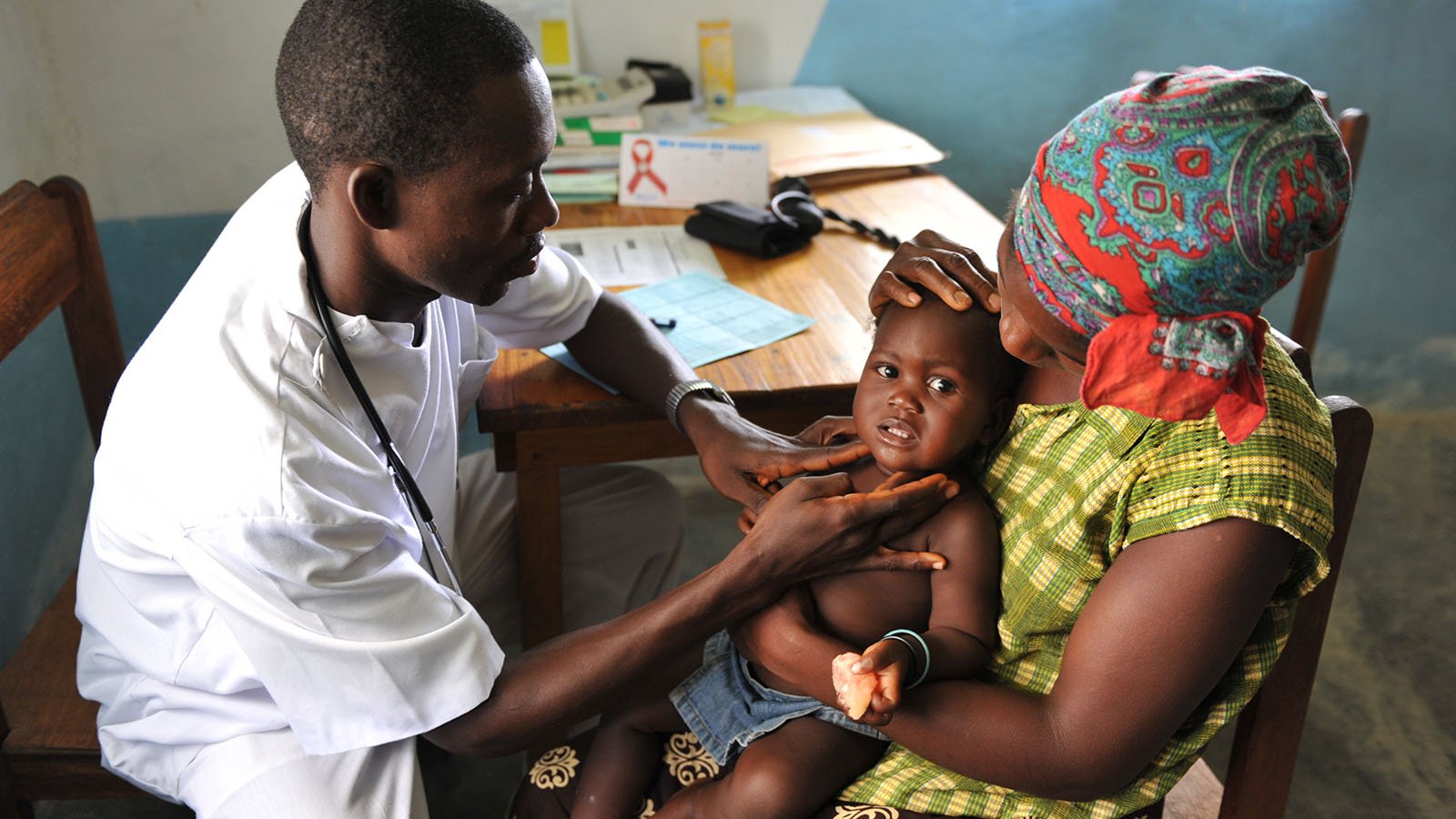 Why would Stephen Harper want to revisit the 2010 G8 Summit?

That’s the one where he welcomed fellow world leaders in Muskoka, in Ontario’s cottage country. What a headache. Before the summit, millions of taxpayer dollars were shovelled into the region with lax oversight. “Rules were broken,” the interim auditor general, John Wiersema, said later. The Muskoka summit preceded a Toronto G20 summit that was marred by riots and police strong-arm tactics. The week’s main announcement, a global Muskoka Initiative aimed at reducing mother and infant mortality in the world’s poorest countries, carried a $7.3-billion price tag but received little coverage in Canada except as an example of Harper’s refusal to include funding for abortions in developing countries.

Yet Harper is returning in a big way to the global-poverty issues he addressed at Muskoka. From May 28 to May 30, the federal government will host a high-level summit on maternal, newborn and child health in Toronto. Under the title “Saving every woman, every child: within arm’s reach,” it will attract specialists and public figures, including United Nations Secretary-General Ban Ki-moon; Margaret Chan, director-general of the World Health Organization; and Melinda Gates, co-chair of the Bill and Melinda Gates Foundation.

Life in Ottawa instills certain reflexes. I admit that when I learned about the Toronto summit—via a tweet from Laureen Harper—my reactions, in more or less this order, were: (1) scandal-plagued PM needs a distraction; (2) cheap PR stunt; (3) here’s another play to the PM’s social-conservative base.

I was not alone in these assumptions. I emailed a university prof who does work on Canada’s role in the developing world; she wrote back, “I suspect this looks good for Harper as part of his campaigning strategy (motherhood and apple pie). I heard someone make an astute point the other day about how the Christian-right NGOs were behind the promotion of the maternal health program that Harper introduced at Muskoka. Would be interesting to learn more about who in Canada was encouraging Harper to take this program on, and how the [maternal] health program has been shaped to appeal to the Christian right.”

But I was left with a nagging question: Why would Ban Ki-moon and Melinda Gates lift a finger to help Harper’s campaigning strategy (motherhood and apple pie)? Harper has had strained relationships with the UN, where he was unable to land Canada a seat on the Security Council. I’ve got a crazy hunch Melinda Gates votes Democrat. Yet they’ll be in Toronto. So I started asking people who actually work in maternal and child health, and they told me a more complex story than any I’d brought to you before now.

First, the scale of the challenge. In 2012, 6.6 million children died under the age of five years. Almost half, or 2.9 million, died within 28 days of birth. One million died before the end of the day they were born. The risk is not only to babies: Because of infection or hemorrhage, for many millions of women around the world, the most dangerous day of their lives is the day they give birth. These trends are improving: In 1990, the figure was 12 million child deaths worldwide. But it’s a staggering toll in suffering and lost human potential, so, in 2000, the United Nations committed to reducing child mortality and improving maternal health among eight “millennium development goals,” with specific targets for major global improvement by 2015.

By 2010, progress toward the maternal-health and child mortality goals was slower than for other goals such as the fight against extreme poverty or AIDS. Harper decided to give them a push at the Muskoka G8. The result was the so-called Muskoka Initiative. The Harper government allocated $1.1 billion in new funding over the five years ending in 2015, and agreed to maintain existing funding at $1.75 billion over the same period. Four-fifths of that money has since been disbursed and, of that amount, four-fifths has gone to countries in sub-Saharan Africa.

“But for us, that’s not the only important part of Canada’s contribution. It’s also the voice, and drawing attention to maternal, newborn and child health,” Mariam Claeson of the Gates Foundation told me. “Keeping that momentum going is, for us, a crucial part.”

“On this policy issue, they have been so consistent,” Rosemary McCarney, the president of Plan Canada, said. The “they” in that sentence referred to the Harper government. “Just incredibly consistent. At some visceral level, they really care about this issue.” In the past year alone, Plan Canada was provided pre- and postnatal care, tetanus vaccinations and skilled birth attendants for 248,000 women in half a dozen developing countries.

Now, the thing about the Millennium Development Goals is that they set targets for 2015 for myriad human ills that will not be solved by then. So, in its ungainly fashion, the world is trying to figure out what goals to set for beyond 2015. In the domain of maternal and child health, that effort has been led by UNICEF and the World Health Organization. There’s been a steady drumbeat of meetings around the world this spring to refine a draft action plan on newborn health. It will be the basis for new, post-2015 goals in this area. “The Toronto summit is a critical event in this road map to the Every Newborn action plan,” the Gates Foundation’s Claeson said.

“This is the time to push the global reset button on immunization, which is kind of the base of the pyramid of child survival,” Seth Berkley, the CEO of the GAVI Alliance, said. GAVI is dedicated to immunizing a quarter of a billion children and saving up to four million lives over the five years ending in 2015. About 83 per cent of children worldwide are immunized against diphtheria, whooping cough and tetanus. But if you ask a slightly tougher question—who’s immunized against the 11 diseases the WHO recommends children be protected against?—the number falls to five per cent worldwide.

Canada is a major funder of GAVI, and Berkley, who spoke to me from Geneva, singled out Canada’s ambassador to the United Nations in Geneva, Elissa Golberg, as “an amazing advocate on a range of issues—a kind of super-ambassador.”

Yes, but what about abortion? “Contraception and safe abortion services must go hand in hand,” Jolanta Scott-Parker, then the executive director of the Canadian Federation for Sexual Health, told a parliamentary committee in 2010. In that year, I wrote that “in effect, the Harper Conservatives have outsourced their pro-life politics to the developing world.”

But it’s not as though Canada’s government is some sort of weird outlier on this. “It’s hard for us to judge the Canadian position [on funding abortion in maternal-health projects] when it’s, in some ways, very similar to the position we have,” Claeson said.

And indeed, in a TED talk she gave in 2012, Melinda Gates was specific. “If we’re going to make progress on this issue, we have to be really clear about what our agenda is. We’re not talking about abortion. We’re not talking about population control. What I’m talking about is giving women the power to save their lives, to save their children’s lives, and to give their families the best possible future.” The WHO/UNICEF draft action plan makes no mention of abortion.

It’s fair to debate every aspect of making the world healthier for the millions for whom childbirth is a life-threatening experience, and the millions who don’t survive to their first birthday. But it’d be handy if the debate were informed by what this government is actually doing, and people who work hard every day to save lives tell me the Harper government has done good work on this file.