Last year's Liberal election vows, which definitively ruled out the F-35, have fallen off the radar 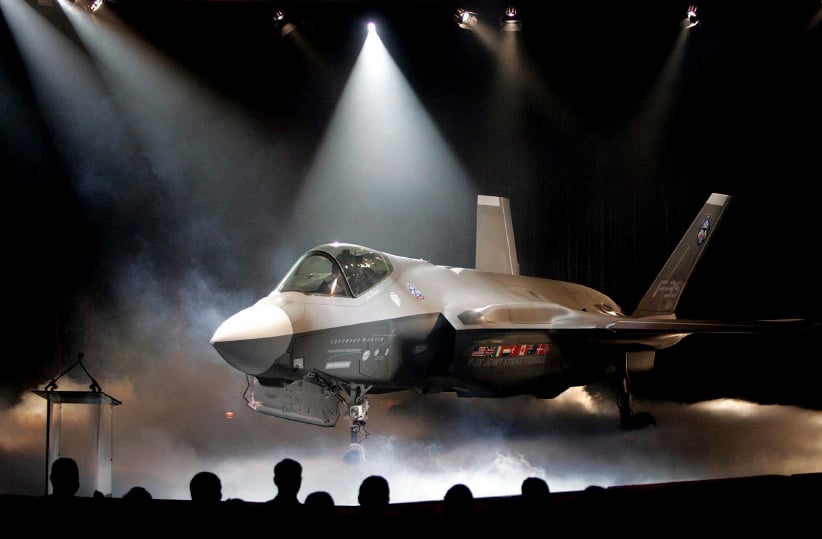 You didn’t have to work too hard to grasp Justin Trudeau’s position, in last fall’s Liberal election platform, on Lockheed Martin’s cutting-edge but controversial F-35 Joint Strike Fighter. “We will not buy the F-35 stealth fighter-bomber,” the platform said. That was on page 70 of A New Plan for a Strong Middle Class, and in boldface, by the way, so you couldn’t miss it.

Except, unequivocal though it was, the promise doesn’t seem to have counted for much. No fewer than three cabinet ministers, plus the chief of defence staff, showed up just off Parliament Hill at the National Press Theatre this afternoon to announce a two-part plan to replace Canada’s aging CF-18 jets—and the F-35 remains very much in the multi-billion-dollar, multi-year hunt. Asked how that can possibly be, Public Services and Procurement Minister Judy Foote said it’s because the Liberals promised an “open and transparent competition” to choose Canada’s next fighter jet.

MORE: How far can the feds stretch those aging CF-18s?

And it’s true, they did. Just after the promise not to buy the F-35, the 2015 Liberal platform went on to say, “We will immediately launch an open and transparent competition to replace the CF-18 fighter aircraft.” How that vow could ever be reconciled with the preceding pledge to disqualify Lockheed Martin’s horse from the race has always been a mystery. But at least, voters might have imagined, the ultimate goal made sense: “We will reduce the procurement budget for replacing the CF-18s, and will instead purchase one of the many, lower-priced options that better match Canada’s defence needs.”

Are there really many, lower-priced, better options, though? Today’s news conference left all parts of that assertion wide open to doubt. The need to do something, however, isn’t. Defence Minister Harjit Sajjan was convincing on the need for a coherent plan to close Canada’s jet fighter capability gap. The Royal Canadian Air Force is down to 77 CF-18s from a peak of 138, and those still in the air are more than 30 years old. At times, that leaves Canada short of the planes needed to meet its core NORAD and NATO obligations.

RELATED: Campaign 2015: Is this the moment the Liberals take flight?

So Sajjan announced the government will “immediately explore” buying 18 Boeing Super Hornets, off the shelf, to supplement those vintage CF-18s on an interim basis, while launching a five-year competitive bidding process to select a permanent fleet of jets. Why consider only the Super Hornet for the interim fleet, if there really are many options out there? Well, Sajjan and Foote explained that Canada needs a plane that’s “inter-operable” with what the United States is flying, and the Boeing offering fits the bill. No need for a competition, evidently, to figure out the best fit, which makes the notion of a crowded field of genuine contenders for the bigger, longer-term buy seem unlikely.

As for that larger purchase to come later, Sajjan was asked directly if he could offer any assurances that it would prove less expensive than the F-35 program, which the former Conservative government had so maladroitly pursued. He did not make any commitment of the sort. Indeed, had Sajjan or Foote said today—as the Liberal platform did last fall—that many attractive, lower-cost options exist, that would have been odd, since the government has decided to remain a fully paid-up partner in the consortium that is developing the F-35.

Here’s what today’s news release from Sajjan, Foote and Innovation Minister Navdeep Bains had to say about keeping Canada’s options open when it comes to the Lockheed Martin plane: “Canada will continue participation in the Joint Strike Fighter Program until at least a contract award for the permanent fleet. This will allow Canada to maximize benefits of the partnership and gives Canada the option to buy the aircraft through the program should the F-35 be successful in the competitive process for the permanent fleet.”

So the upshot of today’s announcement, for anyone who cares to look at it alongside last fall’s Liberal platform, is as follows. The F-35 is still very much in the running, even though the Liberals promised it would be excluded. The notion that there are many fighter jet options available, as the Liberal platform said, is undermined by the fact that, faced with the need for a suitable interim jet, only the Super Hornet fit the bill. And the appealing idea that whatever jet option is finally selected will be much cheaper than the F-35 appears no longer to be part of the message.