A pipeline runs through it: The race heats up in Burnaby, B.C. 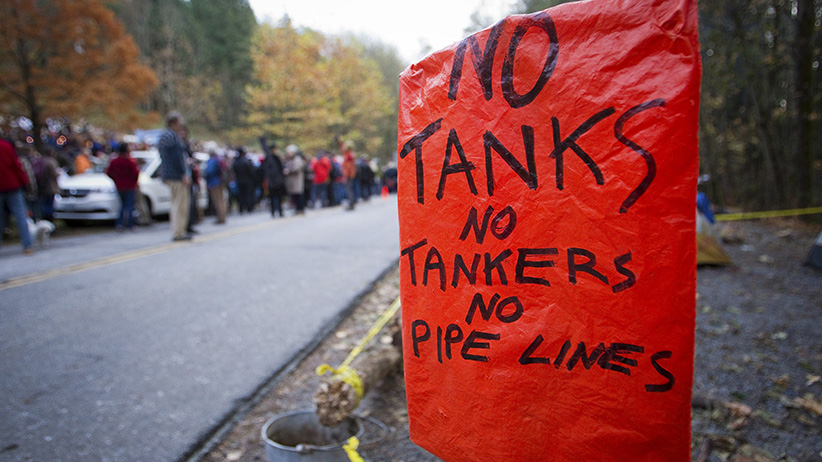 Before Mike Little, Conservative candidate for the battleground riding of Burnaby North–Seymour, went invisible—no mean feat for a man who is six feet four—he was considered an effective three-term councillor for the district of North Vancouver. But since the federal election campaign, his attention to things such as all-candidates’ meetings and media interviews has ranged from highly selective to non-existent. This is not atypical for Conservative candidates both in B.C. and elsewhere in the country, where their standard refrain is they prefer to meet potential constituents one-on-one on doorsteps, rather than engage in the rough-and-tumble of debate.

One can only assume that is Little’s rationale for not attending an all-candidates’ meeting last week at North Vancouver’s Capilano University; an emailed request by Maclean’s for an explanation of this and other absences went unanswered. (His rival candidates say Little’s appearances have been limited to a few private all-candidates’ meetings: a board-of-trade event and a couple of sessions at old-age homes.) Debate moderator Taylor Wilson, student union vice-president of external relations, said Little’s emailed explanation for not attending was that “by running under the Conservative banner, he had to give up certain public appearances,” an explanation that drew hisses from the standing-room crowd of students and assorted faculty. Whether Conservative absences make the heart grow fonder is an open question, but it is certainly common practice in this campaign. “Are Metro Vancouver Conservative candidates missing in action?” asked a plaintive headline in the Burnaby Now newspaper last month.

Little’s absence loomed large at the Capilano debate. Burnaby North–Seymour is a curiously configured new riding, comprising part of the Conservative-leaning eastern part of North Vancouver, and part of Burnaby, where NDP support is deeply rooted. The two halves of the riding stare at each other across Burrard Inlet, linked only by a rail bridge and six lanes of the Ironworkers Memorial Second Narrows Crossing. A riding-level telephone poll in mid-September by Insights West put Little in solid second place with 25 per cent of decided voters, trailing the New Democrats with 28 per cent. The Liberals were third at 16 per cent, the Greens at seven per cent.

From an opposition point of the view, the key issue resides in the saltwater centre of the riding: The Burnaby side is the site of the $5.4-billion proposal by Kinder Morgan to expand its existing pipeline from Alberta, effectively tripling the amount of diluted oil-sands bitumen pumped from Alberta. This would result in a significant increase in oil tankers sailing through the inlet, under the Lions Gate bridge, along B.C.’s coast and out to the open ocean.

The perceived clash between the environment and the economy—an issue now before a much-criticized National Energy Board (NEB) review and approval process— has put the riding in the national spotlight and drawn a strong cast of candidates. Running for the New Democrats is Carole Baird Ellan, a retired provincial chief judge and a former Green voter. The Liberals are represented by Terry Beech, now 34, and a former boy-wonder politician who was first elected to Nanaimo city council just days after turning 18. Green candidate Lynne Quarmby is chair of the department of molecular biology and biochemistry at Simon Fraser University in Burnaby, currently on leave. She burnished her Green credentials by being arrested last November for defying an injunction at a pipeline protest on Burnaby Mountain. Though the charges were subsequently dropped, she faces a potential lawsuit from Kinder Morgan.

While the Conservatives are content to leave the pipeline decision in the hands of the energy board, Baird Ellan and Beech want a new NEB review, one they say that puts greater weight on environmental and local concerns, and with a panel not biased in favour of approval at any cost. Quarmby wants no expansion of the pipeline or of the oil sands. The remaining Alberta bitumen, she said to cheers at the all-candidates’ meeting, “stays in the ground.”

The Kinder Morgan pipeline is a political minefield for all concerned. It is already blamed for sinking the career of former B.C. NDP leader Adrian Dix, whose commanding lead in the B.C. election two years ago evaporated mid-campaign when, in a surprise announcement, he came out against the pipeline after first saying it deserved a fair hearing before the NEB. Dix’s demise was cited as an example of the NDP’s “reflexive” anti-development orientation, by federal Industry Minister James Moore in an interview last week. “British Columbians said, ‘That kind of knee-jerk isolationist ideology we reject,’ and [B.C. Liberal Leader] Christy Clark won a big majority,” said Moore, a B.C. MP who is not seeking re-election.

In this federal campaign, Little’s pro-pipeline stance, assuming the NEB grants it a clean bill of environmental health, leaves him clear sailing, while the main opposition parties scramble to differentiate in the minds of voters their opposition to the proposal and its approval process.

Ellan said the Greens have many laudable policies, but Quarmby has no chance of wining in this riding. “Unfortunately, the four of us who are actually here,” she said, generously including the Marxist-Leninist candidate in the room, “do actually represent the majority of Canadians . . . If we split the vote, the man who is not here [Little] gets to walk up the middle and take this seat. That doesn’t work for me.”

This prompted a lively debate among the three mainstream candidates in the room as to who was the most electable, while Brian Sproule, the Maxist-Leninist, cheerfully admitted he didn’t stand a chance in hell. “We actually need to defeat the empty chair,” said Quarmby. “I encourage you to go out and vote for any one of us. Just vote, and don’t vote for Harper . . . There is more than one of us at this front table who has the potential to win,” she said. “Any one of us can, and any one of us is fine. Just make sure you vote.”

In any event, it’s doubtful there were many votes for Little to harvest in this room of debt-burdened students with strong environmental leanings. Showing up lugging 10 years of Conservative baggage might have been an example of courage, openness and respect for opposing views, but such niceties don’t win elections.