A plastics ban? Whose bright idea was that? 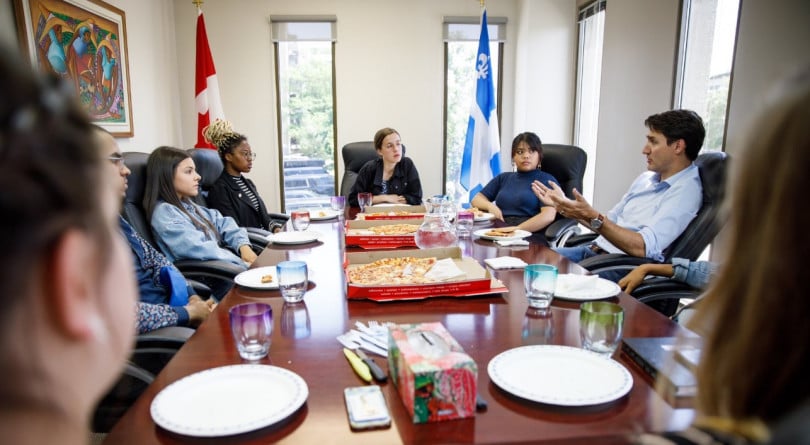 When six conservative premiers warned Justin Trudeau that his plan to fight climate change was putting jobs at risk and even threatening national unity, the Prime Minister doubled down on his agenda. The very same day Trudeau’s cadre of provincial nemeses demanded his government drop its proposed west-coast tanker ban and overhaul of the environmental review process, the PM boldly announced his intention to ban single-use plastics as early as 2021.

Conservative leader Andrew Scheer predictably mocked the PM, accusing his “scandal-plagued government” of “clutching at straws” in its dying days. But the Liberals’ anti-plastic crusade and the lack of public backlash might be explained by a series of reports on Canadians’ views quietly published online.

The Privy Council Office, which advises the PM, commissioned public opinion research late last year—with a bill to the tune of $218,920—on a variety of hot-button issues. The winning bidder, Narrative Research (then known as Corporate Research Associates), assembled focus groups in 18 Canadian cities in January, February and March. The ensuing reports’ findings, which cobble together the views of the 352 total participants, offer a glimpse into the role public polling plays in government agenda-setting.

READ MORE: Is that my plastic bag in the Mariana Trench?

(In a statement, a PCO spokesperson didn’t reveal much about the process, only saying PCO-commissioned polls “support decision making by the Government of Canada in the areas of policy development, programs, services and communications,” and that they allow governments to “learn more about the concerns and perceptions of Canadians.”)

On the environment, Narrative pollsters reported in February that “global warming/climate change along with plastics use were top-of-mind environmental issues in all locations.” Participants mentioned micro-plastics as being particularly damaging, and they prioritized reducing plastic pollution in Canada’s waterways. “Preventative actions in this regard were considered important as clean up was deemed as being expensive,” reads Narrative’s final report. Whatever Scheer’s mockery, banning plastics appears to be a popular move, even if it’s unclear how it’ll actually work. (The feds and provinces later announced a joint plan to reduce plastics waste.)

Margaret Chapman, the chief operating officer at Narrative, also travels around as a focus-group moderator. Chapman sees her work reflected in the real world: Narrative submitted a report to Health Canada on how to best advertise the risks of vaping. Chapman later saw the ads on a trip to the movies, she says in an interview.

The fingerprints of Narrative’s wintertime polling may be all over the Liberals’ spring announcements on climate policy. In January, focus groups “nearly universally” expressed confusion about the federal Climate Action Incentive, a rebate meant to offset increased costs of a federal carbon price on taxpayers. They wondered why the feds wouldn’t spend that money on “tackling climate change.”

Indeed, when cabinet re-approved the Trans Mountain pipeline expansion, the Liberals “committed to using every dollar” made from the project “to invest in Canada’s clean energy transition.” And if the feds sell the pipeline down the road, a backgrounder says proceeds will also be spent on “the low carbon transition.” (Andrew Scheer’s own climate plan, announced June 19, would cancel the price on carbon but force big polluters to invest in clean energy.)

When Narrative’s polling crossed the Prime Minister’s desk, Trudeau might have found a winner in his war on plastic—but he also would have spotted red flags on some of his signature election-year policy. The word “skepticism” appears repeatedly in reference to the climate rebate and two headline measures in this year’s budget: the first-time homebuyers incentive and the skills training benefit.

Focus groups in Kingston, Victoria, Laval and Halifax applauded the Liberals for tackling housing affordability and lifelong learning, but second-guessed the specific direction of the government. On housing, some wondered about unintended consequences of sharing equity with the Canada Mortgage and Housing Corporation—and even asked if the feds would chip in on property tax payments. On skills development, some questioned the impact on small businesses if workers took temporary leave to amp up their resumes. Would they need to spend time hiring and training new workers to fill gaps? Would they lose employees who, after they level up their training, quit for better jobs?

After a long stretch of economic good times—Canada’s unemployment rate fell to 5.4 per cent in May, the lowest since at least 1976, according to Statistics Canada data—Narrative’s reports hint at a developing narrative: some Canadians don’t believe impressive statistics tell the real story.

READ MORE: If elections are about the economy, what will this one be about?

In February, when Saskatoon residents were presented with employment data, they were “surprised and cynical.” Others were “incredulous,” and asked how the number was calculated. Kitchener participants claimed the unemployment rate “did not provide an accurate picture of the job market situation.” The overall rate didn’t account for the quality of work, they said, nor the fact that many people balance more than one job—and may not feel all that secure.

Four years ago, the Liberals committed to making life better for the middle class and those “working hard to join it.” They’ve hammered away at the scale of their accomplishments, including pulling more than 250,000 kids out of poverty. But months away from an election, some of those voters—hand-picked to offer their everyday opinions to decision-makers—don’t believe what they’re hearing, or at least don’t see how “better” is possible. They don’t understand their “climate action” rebates at tax time. And they’re confused by what could be popular home-buying and retraining incentives. If the Liberals want to win over those skeptics, it would appear they’re running out of time.