A rogues' gallery marches through an otherwise grey day 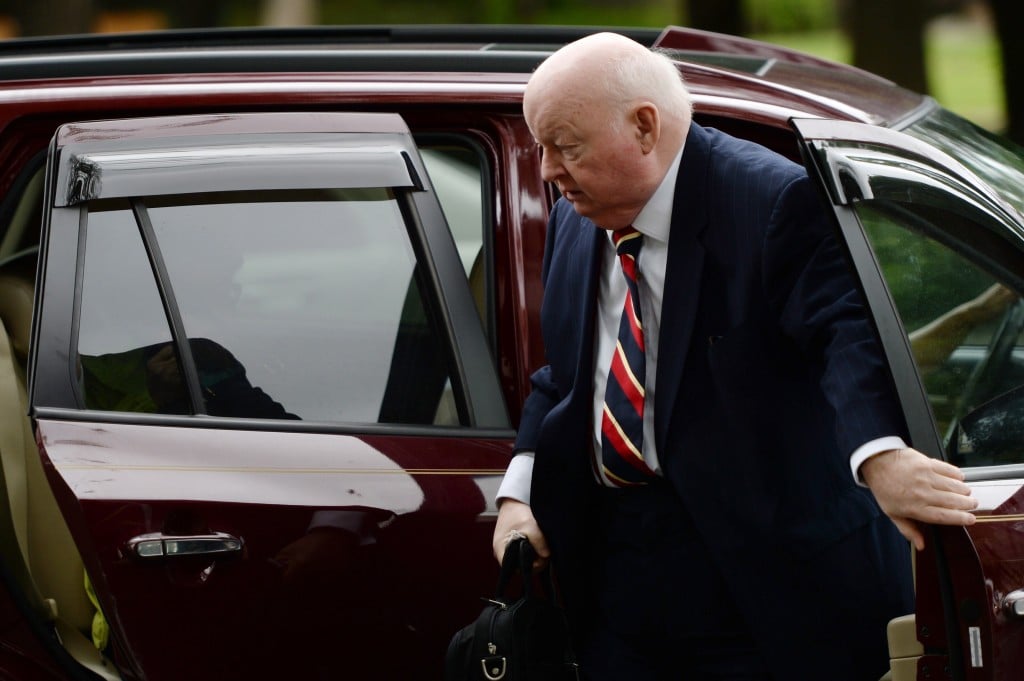 Relations are fraying in Courtroom 33. Prosecutors and defence lawyers address each other in tight huddles after court, the steel barely concealed in their voices. The judge is testy in allowing a Crown a line of questioning; the Crown responds with a “thank you” that, if ever it were uttered in a tavern setting, would unleash a storm of haymakers. And Mike Duffy, the suspended senator on trial, continues his wordless détente with old colleagues in the press, salting it with reproachful looks.

Every day is a grey day in Courtroom 33.

Meanwhile, in its parade of witnesses, all these folks the RCMP discovered orbiting Duffy during the period at issue, you occasionally glimpse a mawkish portrait of Canada.

Today, we saw: a once-notable Ottawa TV reporter; a breeder of Kerry Blue terriers; a Tory lawyer in B.C. who ran three times, unsuccessfully, to represent a riding that’s actually called Esquimalt-Juan de Fuca; and an Air Force veteran who publicly tore up his Conservative Party membership card. That’s a rogues’ gallery, a colourful parade, a one-room picaresque. Somehow this band of misfits also forms a partial basis to the 31 charges of bribery, breach of trust and fraud arrayed against the old Duff, on trial here at Ottawa’s Elgin Street courthouse.

How to make sense of it? That’s Justice Charles Vaillancourt’s task, and he has his work cut out for him.

And yet he has time: There is now a consensus of chatter growing around an August sitting for this ever-lengthening trial, a sitting that could well drag into September and, thereby, put Nigel Wright in the witness box prior to a federal election. Ottawa is even rife with Wright sightings; hey, there he is running even now down Sparks Street!

But relax a while: Today, the trial concerned itself with less sparkly material.

Bill Kittelberg, or Rodgers, as he was known as a TV reporter (Rodgers sounds nicer on radio), finished his testimony, held over from before the break, about the $2,000 he received from Ottawa ICF, a company associated with Duffy’s pal Gerald Donohue. (Payments funnelled through Donohue family businesses did not come under Senate scrutiny, or so it seems, hence, a number of the charges Duffy now faces).

Kittelberg said Duffy arranged for the payment because he’d given the senator advice on a number of pressing political matters—things like climate change.

Crown prosecutor Jason Neubauer probed Kittelberg on a meeting Duffy appears to have helped to set up between Kittelberg and three executives at Enbridge, the energy company, at the Château Laurier. Kittelberg had left television to do communications work for a number of Harper cabinet ministers, Jim Prentice among them, and was now hoping to land work at Enbridge. That job never happened.

This is a strange subtext in the Duffy proceedings: It seems he may have used his position to try to help old friends who’d fallen on evil days.

France Godbout, who appeared for testimony via telephone from Magog, Que., discussed her run-in with Duffy and his wife, Heather, at a big dog show in Peterborough, Ont. The Crown is alleging the couple went puppy shopping and paid for it with public money. Breeders of Kerry Blue terriers may well find an uptick in business, thanks to these proceedings. But the grilling of dog people does not frequently produce scintillating testimony.

Ronald Gordon Keenan, also in court as a disembodied voice—this one piped in from the Comox Valley in B.C.—is the Air Force vet, having joined in 1963, and his testimony concerned his thwarted attempts to meet, or even see, Duffy, in the summer of 2009. Keenan had wanted to enlighten the senator on the subject of veterans and their mistreatment at the hands of Stephen Harper’s Conservative government. He saw a car with tinted windows drive up to the entrance of the Coast Westerly Hotel in Courtenay, B.C., and deliver two shadowy figures who then quickly slipped into the building. Dissatisfied with this result, Keenan and a fellow vet protested, ripping up their Tory memberships.

Finally, Troy DeSouza, the lawyer and election-campaign enthusiast, discussed—also, thanks be to the wonders of modern telecommunications, from faraway B.C.—a Conservative Christmas party he threw in the Victoria area in 2010. DeSouza, who’d later run in the 2011 federal election (he said he wouldn’t run again this fall), was delighted to learn Duffy planned to attend his gathering, which was held to raise money for a charity that looks after homeless veterans. Duffy came, spoke and, as always, left the crowd satisfied. The Crown contends this visit was merely an excuse to get the Senate to pay for Duffy’s trip to B.C., where he holidayed with family.

All in all, it made for a trying day of testimony.

“That’s simply not the way to run a trial,” Donald Bayne, Duffy’s lawyer, said at one point, as he complained about the way the Crown was managing its menagerie of witnesses, and, while Bayne is not always fair in the way he throws blame around the courtroom, the remark captured some of the flavour of the room. Because—not that anyone cares—the members of the press in Courtroom 33 have their own complaints.