As more Americans roll in, Canada soldiers can focus on "reconstruction, development, and governance" 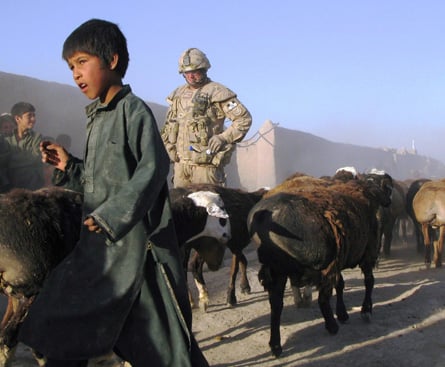 For a reporter, I get on fairly well with the Privy Council Office’s Afghan Task Force, but as a generalist (dilettante?) I don’t follow their work from day to day. So I was surprised to get an email this afternoon from their press shop bearing a complete sound file of a news conference that was held this morning in the south of Kandahar. Clearly this is something Canada’s Afghanistan shop views as important.

The voices on the recording, which you can listen to if you have a lot of spare time or interest, are: Kandahar governor Tooryalai Wesa, speaking in Pashto and then English; Ben Rowswell, Chargé d’affaires at the Canadian embassy in Kabul; Ken Lewis, the civilian Representative of Canada in Kandahar (or RoCK); and Brig.-Gen. John Vance. So you have the Afghan, Canadian civil, and Canadian military leadership in the province, all gathered in the little mud-hut town of Deh-e-Begh.

The short version: Dar-e-Begh, a pretty nondescript town, has been a pilot project for a more concentrated Canadian development effort — one that focuses less on megaprojects (though those continue) and less on military confrontation (though that does too) and more on local, small-scale projects to provide immediate tangible differences to local Afghans’ lives.

“This is a logical turning point in Canadian operations,” Gen. Vance says. “The mission can transition to where we can focus more effort on reconstruction, development, and governance.” It’s Rowswell (who’s scheduled to become Canada’s third RoCK, after Lewis, in 2010) who explains the main reason why that’s possible now: the Americans are arriving, in very large number, to do more of the security work in Kandahar and across the South. So hints dropped by U.S. Defence Secretary Robert Gates way back in the first week of the Obama administration are being borne out: a clearer division of labour, with the U.S. soldiers doing more of the soldiering and the Canadians doing more of the, uh, nurturing.

This is also the beginning of an answer to a bunch of questions Colleague Petrou posed in April. This so-called “Operation Kantolo” does look like an attempt, inspired (or more likely prodded) by U.S. Gen. David Petraeus, to get and keep our soldiers closer to the Afghans and their preoccupations. That’s what a successful counterinsurgency does. Which is not to say that this operation is guaranteed success. Only that as the Americans rethink their strategy and arrive in force to implement it, it’s having a big, obvious impact on Canadian strategy too.