After handing all 32 federal seats to the Liberals, Atlantic Canadians begin to feel shut out 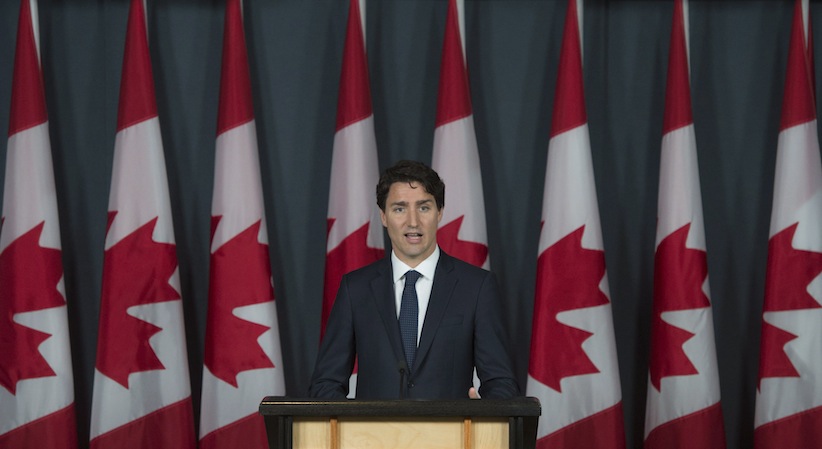 HALIFAX – Less than a year after the federal Liberals won all 32 seats in Atlantic Canada, some East Coasters are feeling taken for granted.

Critics and political observers say a number of perceived missteps are starting to take the form of a political narrative that does not reflect well on the governing party or its telegenic leader, Prime Minister Justin Trudeau.

“When you start adding these up, the cumulative effect can be woven into quite a rhetorical tapestry for an opposition party,” says Tom Bateman, a political science professor at St. Thomas University in Fredericton.

“That’s what the Liberals have to worry about.”

Among other things, Atlantic Canadians have been irked by Trudeau’s suggestion that he may not replace a retired Supreme Court of Canada judge from Nova Scotia with someone from Atlantic Canada.

Failure to appoint an Atlantic Canadian would effectively kill a 141-year-old unwritten convention that ensures every region of the country has representation on the country’s highest court. Trudeau has argued that other forms of diversity are just as important.

Treasury Board President Scott Brison, the senior federal cabinet minister from Nova Scotia, says it’s too early to judge what the government will do, noting that Atlantic Canadians are among those being considered for the job.

“People ought to wait until that appointment is made,” he said, adding that the new non-partisan selection process is based on merit, not the cronyism that he says the previous Tory government was known for.

But the new process hasn’t won over some vocal opponents.

Earlier this week, trial lawyers from across the region took Ottawa to court to make sure Atlantic Canada keeps its seat.

Nova Scotia Premier Stephen McNeil also said the rule should not be dropped, as did two New Brunswick senators: Conservative John Wallace and Pierrette Ringuette, a former Liberal senator who now sits as an Independent.

“Policies to promote diversity need not come at the expense of excluding Atlantic Canada,” Ringuette said in a statement earlier this month.

With the wrangling over the Supreme Court, Bateman says some Atlantic Canadians are coming to the realization that electing a full slate of Liberal MPs has not granted the region any special status.

“Here we’ve had a shutout — 32 out of 32 — and it doesn’t seem to be working that way,” he says. “The issue then becomes whether the government can simply take this region for granted knowing that voters here … really have nowhere else to go.”

Geoffrey Stevens, writing for the Laurier Institute for the Study of Public Opinion and Policy, said the Liberals’ position on the Supreme Court has voters in Atlantic Canada worried.

“After years of feeling ignored by the … Conservatives (under former prime minister Stephen Harper), the region’s ardent embrace of the Liberals is understandable,” he wrote last month.

“Understandable, perhaps, but some Atlantic Canadians have reason to wonder whether their love affair with the Liberals may be too much of a good thing. Have they gone from being ignored by the Tories to being taken for granted by the Grits?”

Brison dismissed the notion that the region is being overlooked: “It’s a narrative that doesn’t reflect reality,” he says.

He cited an announcement in July that saw the creation of the Atlantic Growth Strategy, which all four Atlantic premiers endorsed. Aside from focusing on infrastructure, innovation and investment in trade, the strategy increased the limit on immigrants by 2,000 annually.

“There has never been a partnership … that has been so committed to growing the Atlantic economy,” said Brison, adding that Ottawa recently contributed $93 million to set up a new ocean research institute at Dalhousie University in Halifax.

Still, there are other irritants marring the once-glossy sheen of the Atlantic Liberal brand.

That could be costly for Nova Scotia, given that the province still gets most of its electricity from coal-fired generating plants and expects that coal will be part of its energy mix until 2042.

“Carbon pricing is already embedded in the cost of power — that’s why we have some of the most expensive power in the country,” McNeil said in a statement.

Brison said carbon pricing is coming — but there is room for compromise.

“You don’t have any credibility on fighting climate change unless you do put a price on carbon,” he said. “We look forward to working with the provincial government to develop an approach that is good for Nova Scotians and good for Canada.”

On another front, former Tory MP Rob Moore says there has been grumbling about the fact that the minister responsible for the Atlantic Canada Opportunities Agency, Navdeep Bains, is from Mississauga, Ont.

“That set off alarm bells for me,” said Moore, who is from New Brunswick. “Who better to do that than an Atlantic Canadian who knows the region and is able to be here on the ground meeting with people?”

Since the agency was created in 1987, every previous minister — including Moore — has been from Atlantic Canada.

“(Bains) has been one of our biggest champions for the Atlantic Growth Strategy,” he said. “Is the inference that you can’t do anything for Atlantic Canada unless you’ve been here generations?”

Moore, who is part of the Tories’ shadow cabinet, also bemoaned the lack of opposition voices from the region, where all four premiers carry the Liberal banner.

“The problem is that in spite of 32 of 32 seats being held by Liberal MPs — and four Liberal provincial governments — we’re not hearing anything from those people.”