After Justin Trudeau's apology, are WE out of the woods yet?

Politics Insider for July 14: The PM says he should have recused himself from WE matters, Leslyn Lewis pitches herself to Tory faithful and Trudeau talks about Black Lives Matter with Trump 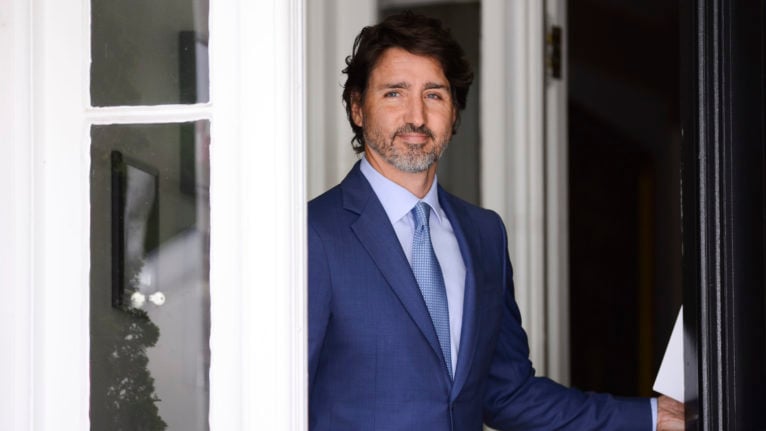 Days into a scandal of his own making, Prime Minister Justin Trudeau atoned for his mishandling of the $912-million, cabinet-approved decision to hand over administration of the Canada Student Service Grant to WE Charity. “I made a mistake in not recusing myself immediately from the discussions given our family’s history,” said Trudeau. “I am sincerely sorry about not having done that.”

This PM, like many before him, has apologized for the errors of past governments. He offered official regret for Canada’s rejection of the Komagata Maru in 1914 and the MS St. Louis in 1939, and offered similar sentiment to former students of Newfoundland and Labrador residential schools and to Inuit for the mismanagement of a Tuberculosis epidemic. But he’s also gotten in his own way, time after time.

In 2016, it was called Elbowgate. “I expect better behaviour from myself,” he said. In 2017, it was thanks to a family holiday on a billionaire’s island. “Obviously there was a mistake. Moving forward, we will be behaving differently.” In 2019, it was the SNC-Lavalin affair: “I have taken and will continue to take many lessons from these recent days and weeks.” (Trudeau didn’t apologize for that one, which came the same day he flew north to Iqaluit for the apology to Inuit.) Last fall, on the campaign trail, it was Blackface: “I deeply hurt racialized Canadians, and I am deeply sorry for that.” Add another judgment day to the pile.

Who makes the decisions in Justin Trudeau’s Ottawa? Trudeau’s apology came the same day a relentless run of bad press forced WE cofounders, Craig and Marc Kielburger, to take out a full-page ad in the Globe and Mail that sought to clarify their role in the WE affair and reiterate nothing untoward occurred on their watch. But as Paul Wells writes in Maclean’s, even grants handed out by the book are starting to look Trudeauian—even in the PM’s absence.

Government in Canada can’t be reduced to whether the popular team wins. It must also be about the choices any team makes while it’s there. And so far, whether Justin Trudeau is central to its decisions or not—a question about which there has always been more than a little uncertainty—this government is, consistently, the sort of government that makes Justin Trudeau-flavoured decisions. It’s getting way too easy for Liberals to blame the boss.

In his late-morning press conference outside Rideau Cottage, Trudeau didn’t explicitly resist calls to testify at a parliamentary committee. Nor did he say he would testify on the WE business. Over at iPolitics, Kady O’Malley dusted off the Commons rulebook and explained how exactly the PM could be forced to appear, should it come to that. Today, all we know is the PM is in “private meetings”—not a single agenda item merits public mention.

Oh, and Finance Minister Bill Morneau, who didn’t recuse himself from cabinet conversations on the student service grant but whose daughter works for WE, also apologized for that mistake.

The Conservative deputy leader, Leona Alleslev, stepped down from the role. No, there’s no controversy afoot. Alleslev couldn’t sit on the sidelines as her adopted party’s leadership contest—she was a Liberal MP until 2018—entered the homestretch. She quickly endorsed Peter MacKay.

Leslyn Lewis’s pitch to conservative voters: MacKay doesn’t have the race in the bag. In Maclean’s, Marie-Danielle Smith profiled Leslyn Lewis, the first woman of colour ever to seek the Conservative Party leadership, and a candidate who finds herself fighting against claims from several corners that she’s not the right fit for her party. Lewis, who’s posted impressive fundraising numbers and has a committed base of followers, rejects the haters.

Lewis says some people inside the party openly suggested she would have trouble winning support in certain parts of the country because of her identity. Others outside the party have told her that, as a Black person, she doesn’t belong in its ranks. It’s another example of the progressive orthodoxy she is worried about. “They want to put me in a corner and define what my Blackness is, which is basically silencing me. I think that as a person of colour and a conservative, I have a right to define who I am. And I don’t feel that I need to fit into any box.”

Oh, to be a fly on the wall: At his morning presser, the PM alluded to several topics of conversation he broached with U.S. President Donald Trump, including the case against aluminum tariffs and a celebration of the “new NAFTA”—the PM refuses to indulge any of the trade deal’s official acronyms. He also thanked the president for American advocacy on behalf of the two Michaels detained in China and, according to the conversation’s official readout, “raised the Black Lives Matter movement, and the need to combat systemic racism.” That readout included several forgettable adjectives. Any bets on how many filled that phone call?