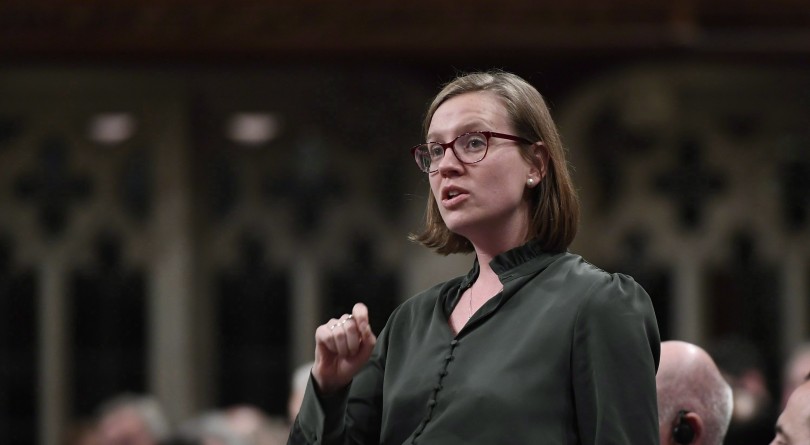 Done so soon? It really looked like he was going to drag his resignation out even longer, but in the end Nicola Di Iorio‘s long goodbye is finally complete. A week after the self-imposed deadline the former Montreal-area Liberal MP gave for his departure—having been absent from Parliament for months on end—he popped up in the House one last time to deliver a long-winded defence of his character, claiming he’d donated $100,000 of his salary to an unnamed charity aimed at fighting impaired driving. . (Canadian Press)

Di Iorio didn’t go without leaving a parting indignity for his under-represented constituents—by dragging out his resignation so long, he ensured there is not enough time by law for a byelection, meaning his riding will continue to go unrepresented in Parliament until the fall election.

The arrest of a Canadian in Macau on fraud charges does not appear to be related to China’s ongoing dispute with Canada over the arrest of a telecom executive, according to Foreign Affairs Minister Chrystia Freeland. The Canadian, whose name has not yet been released, is accused of trying to defraud an entertainment company of $375 million. (Canadian Press)

Canadians will get their first look today at how Ottawa plans to keep foreign interests from meddling in the 2019 election. Democratic Institutions Minister Karina Gould is set to reveal how voters will be told of foreign attempts to interfere in election campaigns. It’s a dicey matter, since bureaucrats have struggled with how to warn of election interference without seeming to be interfering in an election . (Toronto Star)

After taking many a lump from Conservatives for their fundraising events in 2016, the Trudeau Liberals are attempting to dish it back over a fundraiser at the home of Conservative Sen. Linda Frum. Journalists, who are now invited to attend Liberal fundraising events, won’t be there at Chez Frum, prompting Small Business Minister Mary Ng to call on Conservative Leader Andrew Scheer to allow reporters to attend to see “who is lobbying him or what promises he’s making in secret.” (Canadian Press)

Political symbolism alert 1: Day two of the West Block’s 10-year life as the home of Canadian federal democracy didn’t go so well. A pipe burst and flooded several floors, including the cafeteria, forcing Trudeau to move a meeting. “I haven’t seen it,” said Trudeau, “but I can smell it.” (Canadian Press)