Why did Finance Minister Bill Morneau and the auditor general drop important reports on the very same midsummer day? 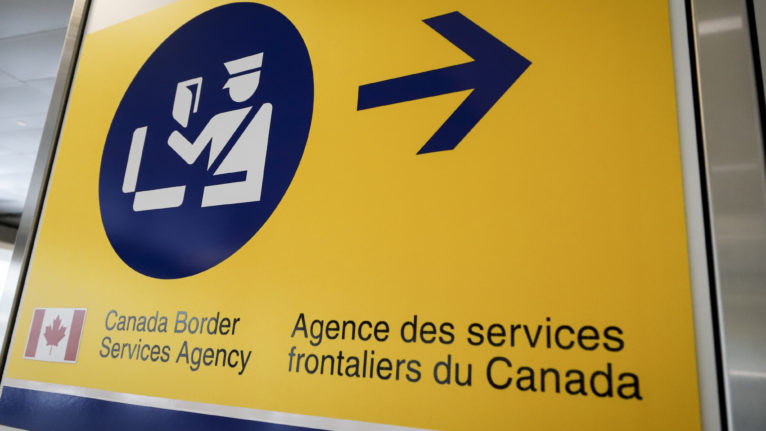 The Canada Border Services Agency took criticism from the auditor general's office over its failure to track down deportees. (Jeff McIntosh/CP)

The Canada Border Services Agency has lost track of thousands of foreign nationals who have no legal right to be in Canada. The Department of National Defence is late delivering equipment to the military half the time. The Canada Revenue Agency can’t adequately recover billions in defaulted student loans. If these aren’t scandals, they’re at least big problems for a federal government still battling a pandemic—and deserve close scrutiny. But because they’re all bundled into an auditor general report that landed the same day as Finance Minister Bill Morneau’s long-awaited economic and fiscal snapshot, these will be drowned out by reaction to the staggering $343.2 billion deficit—a number sure to fire up the country’s more hawkish economists, pundits and opposition politicians.

As Marie-Danielle Smith reports, this spring’s batch of federal audits—tabled in the summer thanks to pandemic delays—offer a lot of criticism of the various departments and agencies under the microscope. But because of what might charitably be understood as an accident of independent planning, the AG’s semi-annual exercise in accountability fell on the same day as the most highly anticipated federal update of the year. The AG’s office says the timing was not intentional, at least not on their part. “We sent our notice to the Speaker to inform him of the July 8 date a few weeks before the fiscal update was announced,” said spokesman Vincent Frigon the day before the release. “Once the notice is given, we are bound by the date.

“That’s unfortunate, as we are aware that our reports will be competing with other news for media attention that day.”

Indeed, NDP leader Jagmeet Singh didn’t so much as mention the AG reports in a morning press conference. Nor did the Tories, who had chided the Liberals in the Commons for not expanding the auditor general’s annual budget amid pandemic spending—yet left the day’s reports alone. Karen Hogan, the new auditor general, didn’t even speak to the reports’ findings because, her office says, they were conducted before she took over the role. (She left the task to assistant AG Martin Dompierre.)

Morneau’s office didn’t respond to a request on when exactly the Department of Finance picked July 8 as its own day in the sun. But given the lack of summertime parliamentary sittings—and the relatively low profile of committees that do sit when most Canadians are trying to enjoy some sun amidst a pandemic—it’s a near-certainty that three vital audits will get lost in the fog.  The Canada Border Services Agency’s “removal program” for foreign nationals has, writes colleague Smith, “failed to identify the whereabouts of some 34,600 people who are not allowed to be in the country and have exhausted all legal recourse to argue the contrary.” The politics of deportation are, of course, thorny. But the lack of geolocation was not deliberate—and the agency’s performance fell short.

The AG also found problems with the Canada Student Loans Program, where the responsible department, Employment and Social Development Canada, “did not properly manage the contracts with the private sector service provider.” The AG flagged that ESDC paid questionable performance-based incentives to that provider, DH Corp, according to the terms of a 10-year contract that expired in 2016. DH Corp has since won another eight-year contract the feds could extend yet again, until 2034. The auditors wrote: “Incentives were paid to the private sector service provider for lowering [student loan] default rates in the first contract, even though the rates were already decreasing automatically as a result of the Repayment Assistance Plan, and despite the fact that borrowers’ eligibility for the plan was not properly verified.”

RELATED: There’s no putting a shine on Canada’s fiscal picture

The AG threw some shade at ESDC’s judgment in its analysis. “The incentives related to the default rate that were paid to the service provider were approximately $68 million under a 12-year contract with a value of slightly less than $900 million. In our view, it is important that any incentives paid to a service provider be tied to significant performance improvements.” Vice and TVO have previously reported on DH Corp’s money-making corner of student loan administration.

This is stuff that demands serious scrutiny. Journalists did call in to a teleconference in which “subject-matter experts” from the AG’s office answered for their audits. And there’s no media conspiracy to suppress coverage of these crucial documents.

But Wednesday was a hot summer day—33 C in the nation’s capital, and even a relatively balmy -1 in the remote High Arctic military outpost known as Alert. And whether it was cosmic fate or bad faith, the finance minister stole the show. Can the auditor general go door-to-door to share her news? Hold a series of rolling news conferences in cities across the country?

The AG’s office has long complained that its budget makes it hard to fulfill its mandate. But with $343 billion in red ink, what’s another few bucks for an auditor’s road show?