All the 'misinformation' that's fit to regulate

Politics Insider for April 9: Preparing for the foreign election meddling onslaught, Facebook unfriends white nationalists and the limits of Scheer's love for pipelines 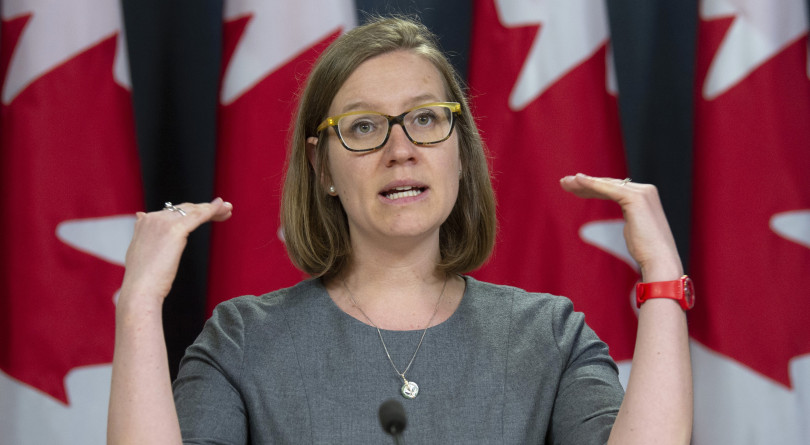 With just 40 Question Periods to go before the next federal election, the threat of foreign meddling in the campaign is taking centre stage.

Foreign interference: There was grim news and a sliver of good in a newly updated report from the Communication Security Establishment that looks at the cyber threats facing Canada’s democracy. The electronic surveillance spy agency judged it “very likely that Canadian voters will encounter some form of foreign cyber interference” around this fall’s election. The silver lining: foreign meddling isn’t expected to be on the scale of Russia’s interference in the 2016 U.S. presidential election. (CTV News)

Buh-bye: Facebook booted white nationalist and far-right media commentator Faith Goldy from the social network as part of a purge that saw several other white nationalist groups banned, including  Soldiers of Odin, the Canadian Nationalist Front, the Aryan Strikeforce and neo-Nazi Kevin Goudreau. Facebook said it unfriended Goldy and the others under the company’s “Dangerous Individuals and Organizations” community standards policy. That’s an apparent reversal from just a week ago, when Facebook said a Goldy video—in which she ranted against Jews and people of colour “invading” and “replacing” whites in Europe, the U.S. and Canada—didn’t break its rules. (CBC News, Huffington Post)

Ottawa is “actively considering” ways to regulate Facebook, along with other Internet giants like Twitter and Google, to crack down on the spread of misinformation online, according to Democratic Institutions Minister Karina Gould, though she’s provided no timeline or details as to what those regulations might look like: “We recognize that self-regulation is not yielding the results that societies are expecting these companies to deliver.” (Toronto Star)

Fault lines: Writing in The Atlantic, David Frum looks at how Trudeau came to face a crisis of his own devising with SNC-Lavalin:

There were always two cracks visible in the face Trudeau presented to the world, and over the past three weeks, those lines have widened.

The first flaw: When frustrated or disappointed, he loses his cool. As one person on the receiving end of his ill temper put it to me, “He yells when he does not get his way, then gloats when he does.” The second? Trudeau does not always accurately think through the ultimate consequences of his actions.

Together, those two fault lines create a dangerous formula for bad decision making in times of crisis. (The Atlantic)

Pipe dreams: If he wins the Alberta election, United Conservative Party leader Jason Kenney has promised to roll back the climate initiatives brought in by current Premier Rachel Notley. If he does, writes environmental economist Andrew Leach, the Trudeau government would have a hard time approving the Trans Mountain project. But so would Scheer if he were prime minister:

It seems unlikely that Scheer will run on the prospect of unregulated emissions from ever-expanding oil sands in areas of the country that care more about climate change than pipelines. It’s more likely he’ll campaign on a national version of Ford’s ‘polluters not commuters’ approach, and a promise akin to Stephen Harper’s earlier commitments to aim stringent federal policies at Alberta’s oil sands. Otherwise, any promises he makes on emissions reductions will not be credible.

If you’re counting on federal Conservatives to emerge as an ally on the pipeline file, you may also have forgotten that the Trans Mountain pipeline ends up on the west side of the Rockies and that there are a lot more seats in play federally in B.C. than in the oil patch. The last time the federal Conservatives were faced with a politically unpopular pipeline to B.C., Enbridge’s Northern Gateway, they did little to push it after 2012 or 2013, basically letting it die on the vine. (Maclean’s)

Why they stood: Last week, in the wake of Trudeau booting Jody Wilson-Raybould and Jane Philpott out of the Liberal caucus, dozens of young women attending the Daughters of the Vote event in the House of Commons turned their back on the prime minister during his speech to the group. They also walked out of the House during a speech by Conservative Leader Andrew Scheer. One of those women was Riley Yesno, an Indigenous rights activist, explains

I would not stay, uncomfortable, and passively listen to people who have and will continue to harm my community talk to me about feminism, diversity, or especially about reconciliation. Not that day, and not in an environment that was already so hard to try and claim space in. (Maclean’s)